THE ECONOMY
Our cheese has moved, and only we must find it
The drying up of the dollar and the resultant plummet of the rupee reflects on the government's flawed economic strategy. Shyam Sekhar draws upon the famous business fable Who Moved My Cheese? to show the kind of behaviour and actions that could resolve the crisis now.

India's economic predicament reminds me of Spencer Johnson's best seller, Who Moved My Cheese? Allegorically, the book featured two miniature humans Hem and Haw, who lived in a maze and lived on cheese that was placed before them. When the cheese ran out, Hem was angry. He stayed put refusing to move while Haw was pragmatic and moved on to find his cheese.

Cut to our present economic crisis. The cheese that ran our economy was the US dollar. And, it was being placed before us by all kinds of arbitrageurs - Foreign Institutional Investors (FIIs), Participatory Note (PN) holders, Yen carry traders, and lastly Foreign Direct Investors (FDI). We didn't bother who placed the cheese we ate before us. We gobbled it up merrily without worrying about finding the cheese ourselves.

There was little concern about the cheese running out. We mistook the excessive reliance on imports as a given. We actually believed that there would always be someone to put the dollars into our country. We took it for a routine thing. And then the routine stopped. Why?

India is a gross importer. And how! Our imports are a 100 billion dollars more than our exports every year. Yet, our currency held reasonably steady for quite a while in recent years. The trading range of the rupee was hardly a spot of bother for the Government. The cheese was always there and finding it when we needed it was no problem. Somebody was always placing the cheese before us. Arbitrageurs invested heavily in equity, Participatory Notes, debt, etc. and ensured we got the dollar flows to meet our import needs.

This explains why our currency held reasonably steady in the first three years of this government. So, we took things for granted. We saw no reason to change course or even learn lessons from the subprime crisis of 2008.

The first warning bells were sounded when the rupee went from 40 to hit 50 for every dollar. We should have woken up to the need to ensure we had our own credible sources of the dollar that would keep our economy ticking steadily. We overlooked the fact that the dollars we spent were hot money flows. We always needed to return these dollars on call. We ran that risk wilfully, and were supremely confident of finding the short-term dollars. So we did not have a long term plan to attract adequate long term dollar investment. We did nothing even to raise our exports.

In fact, the UPA-2 government was only obsessed with finding more revenues to fund its gargantuan welfare scheme budgets. So it withdrew all income tax concessions for exports and placed them on par with domestic businesses. Indian businesses saw no reason or incentive to export. For a good decade, the UPA was content playing Hem, hoping to find the cheese placed before her on a platter. 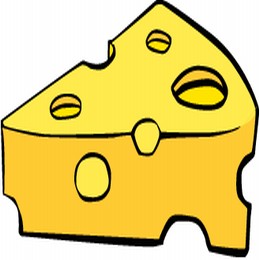 The cheese was always there and finding it when we needed it was no problem. So, we took things for granted. We saw no reason to change course or even learn lessons from the subprime crisis of 2008.

The government paid little or no attention to generating long-term dollar flows. FDI was tepid. Exports were flat or in slow growth mode. But imports were soaring. And the government allowed private firms that had no export income to raise ECBs (external commercial borrowing), running into hundreds of billions of dollars. Private companies with little or no dollar earnings were allowed to access cheaper dollar loans and further burden the country with dollar debt. The government took the dollar flows for granted. Just like the character Hem in the parable.

When the dollars stopped coming in, the Government tried to talk investors into resuming inflows. So, it took to the road show route to build investor confidence. Like Hem, our rulers simply refused to take hard decisions and crack the whip on the root cause. The Government was living on hope and borrowed time.

Investors were clear that the Government was taking their money for granted and were waiting for the right opportunity to move out. The US Federal Reserve's announcement of the withdrawal of its most recent Quantitative Easing (QE3, its economic impetus program) triggered an exit rush. And the UPA's food security bill proved to be the proverbial last straw on the camel's back. All hell broke loose and we have seen our Government clueless and looking to externalise blame. While blaming America's withdrawal of QE3 for our predicament, the Government conveniently forgot what it did or failed to do. And, the arbitrageurs simply took their money and left the rupee tottering at 67.

So, what lies ahead of us? What should we be doing? Simply put, India should work like Haw did in Who Moved My Cheese? and move towards fixing things and finding the dollars. More precisely, India should be looking for long term dollars. Tough decisions are warranted. We need to fix bottlenecks and raise exports. We need to make petroleum prices completely market-driven and realign demand to global market prices. Raising agricultural production will free up agri-exports.

We need to reduce our dollar requirement by moving bilateral trade with China into their currency instead of dollars. We need to crank up legal mining operations to reach self sufficiency in coal and iron ore. We need to do a whole lot of things to restore confidence.

The profligacy on the import side also needs to be fixed fast. While we have been blaming gold consumption, there are several other culprits too. Rationalising imports is something the government completely failed to do. With the rupee at 67, the markets will certainly do what the government failed to do. Demand destruction is inevitable, and we will see imports progressively reduce if we allow market forces to prevail on all products. Just as petroleum will see demand for it drop only if we move towards market pricing.

On gold imports, the only long term solution would be to channelise domestic gold reserves in the hands of citizens back into the market through issue of bonds or instruments against deposits of gold with the government. A balanced approach of growing exports and rationalising imports will need to be pursued with the government allowing market forces to correct the mismatch. The short term pain in the economy will need to be endured for long term gain.

In the parable, Haw decisively moved on to find the cheese. India can very well replicate this with the dollar. The issue is not whether we can do it. Nor is there any doubt about the need to move swiftly. The question is, who will find the cheese? The hard truth is, nobody else will place the cheese before us once the American economy withdraws QE3. We have only one option before us and that is to find the cheese ourselves. We can't afford to wait for political processes or elections.

India's move towards its own cheese has to be swift, decisive and dogged. We've Hemmed enough, and need to play Haw now. There are no other options left.

Shyam Sekhar
Shyam Sekhar is the Chief Ideator of ithought, an investment strategy firm. He writes on investor rights and economic issues.

URL for this article
http://indiatogether.org/cheese-economy