LINE OF CONTROL
An ambush loaded with meaning
The assault at the Line of Control appears to be a well-planned ambush. It comes at a time when India and Pakistan are tentatively inching closer. It is a message not only to India but also to the Pakistani civilians keen on better relations with India, writes Firdaus Ahmed.
13 August 2013 -

The Border Action Team of the Pakistan Army's Mujahid Battalion deployed across Indian defences on the Line of Control probably picked the time to strike quite tactically. News reports suggest that the casualties were soldiers from the Bihar and Maratha Light Infantry regiments. Usually such a mix of troops is seen only when one battalion is handing over defences to another, prior to leaving for its next place of posting. At such junctures, troops are most vulnerable since the new ones do not know the terrain and procedures, and the old ones are looking forward to some well earned rest. Also, in such a situation, the two units do not know each other well enough to mount a cohesive counter.

The forces opposite can discern such change-overs from preceding activity, and use the opportunity for an ambush. Therefore, it is not so much Pakistani prowess but Indian vulnerability that resulted in the tragic loss of lives.

Recognising this is necessary; else the Army's version of events that finally received the imprimatur of the defence minister will prevail. According to that version, a score or more attackers, among whom were special forces members, BAT troops of the Mujahid unit, and terrorists, possibly Kashmiri, from POK and an assortment of jihadis from Punjab, took part. This is patently inconceivable; such a motley group can never have generated the tactical cohesion necessary to pull off an ambush on India's side of the LoC, even if across the heavily monitored fence. There have been no reports, even from Indian sources, of firing from across to assist this force as is usually the case, as brought out in the Pakistani statement of denial. 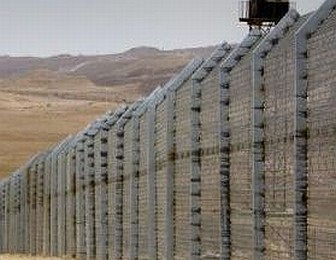 The last time Nawaz Sharif attempted to reach out by inviting Vajpayee to Lahore, the Pakistani army spiked the initiative by its Kargil intrusion. This time round they appear to be sensitising Sharif once again to going slow on relations with India.

Contrary to the now popular position, the ambush was a precise one carried out, as successful ambushes usually are on the LoC, by a few well-prepared members of a cohesive ambush party. Their cohesion in action implies they were of one body of troops and not an assortment as we are now being led to believe.

They could well have been Pakistani special forces, but then they would not need to number up to 20. Therefore, the two 'facts' put in the public domain by the army are contradictory, calling into question the credibility of its reporting. The ambush appears a typical one on the LoC, and part of the series of tit-for-tat exchanges that have been going on since last year, including the beheading incident of January. Therefore, for the government to have initially wanted to continue on its path of resetting relations with Pakistan was entirely plausible. However, the manner in which it has been deflected from this intent suggests that the ambush has had a consequential strategic impact.

The ambush comes at a time when India and Pakistan are tentatively inching closer. Nawaz Sharif had became the first third-time prime minister in Pakistan after its first democratic change-over. He has been associated with bids to rein in the military in his earlier terms; the last such attempt leading to his displacement by Musharraf in a military coup. With Musharraf currently behind bars, it seemed a portentous moment for India to rework its Pakistan strategy.

Understandably, Salman Khurshid on the sidelines of the ASEAN summit in Brunei agreed with Sartaj Aziz, adviser to Nawaz Sharif, to lay out a timeline for resumption of the dialogue that had stalled at 26/11. The impending meeting between the two prime ministers at the UN in New York this September could have lent momentum. Such positive developments, alas, have powerful lobbies arraigned against them, particularly on the Pakistan side. The ambush is therefore a message not only to India but also to the Pakistani civilians keen on better relations with India.

The last time Nawaz Sharif attempted to reach out by inviting Vajpayee to Lahore, the Pakistani army spiked the initiative by its Kargil intrusion. This time round they appear to be sensitising Sharif once again to going slow on relations with India.

Alongside, the message to India is that the mending of relations cannot be India's way, in which the Kashmir issue is sidelined in favour of other more promising issues as economic opening up. Perhaps more important and urgent for the Pakistani military is the timing of the ambush to coincide with the Taliban's attack on India's Jalalabad Consulate. The message is that India must let up on any veto over Pakistan's Taliban-mediated ambitions in Afghanistan once the US departs in 2014.

India is aware that such a reversion is possible in Kashmir. The recent interception and killing of 19 infiltrators in Kashmir signifies the upswing in attempts by 80 per cent over last year. It continues to hold Kashmir in the grip of the Armed Forces Special Powers Act, despite periodic assertions against it by the chief minister in Srinagar. That this keeps Kashmiri resentment simmering is evident from the spontaneous challenge to the highhandedness of a BSF search party in Gool that resulted in killings of six civilians.

India is in a 'wait and watch' mode in the geopolitical theatre, waiting for the 2014 denouement in Afghanistan to play out. While refusing to arm Karzai, India is attempting to strengthen the Afghan National Army that is to take on the expected Taliban onslaught once the American's draw down.

Politically, the opposition has come into high gear to roundly sound off the government on its Pakistan policy. Since its champion prefers a 'strong man' image, strained relations with Pakistan would serve the opposition's campaign better in order to present its prime ministerial candidate, Narendra Modi, as the appropriate choice. The government, aware of the nuisance value of these lobbies and unwilling to hand over yet another election year stick to the opposition to beat it with, has promptly revised its intent to proceed further on the Pakistan front. Its interlocutor, Nawaz Sharif, is also ambiguously positioned since his support base in Pakistan comprises assorted fundamentalists who he cannot take on, leave alone tame.

India's decision to wait out Sharif's lame duck predecessor is proving costly. While waiting for the polls in Pakistan to throw up a new leadership, the Indian government has run out of time for reshaping relations with Pakistan, since it is itself looking at polls in less than a year's time.

The call for an early resumption of meaningful engagement between the two states by the co-chairs of the India-Pakistan Track II Chaophraya dialogue, Sherry Rehman and Amitabh Mattoo, in their joint article in The Hindu, "Seizing the Opportunity" (see this link, appears premature. While it may be worth doing, expecting this government to run the gauntlet, beset as it is on multiple fronts commanding more immediacy such as Telangana, is wishful. The best the government can do under the circumstances is to ensure that the status quo does not degenerate further, either with Pakistan over Afghanistan or in Kashmir. In this it is unlikely to find its own institutions, including the army, any more helpful than the Pakistanis.

URL for this article
http://indiatogether.org/ambush-op-ed