NOMENCLATURE OF CITIES
What’s in a name, really?

From Bangalore to Bengaluru, or from Bombay to Mumbai, do name changes signify attempts to shake off colonial shackles, instances of linguistic one-upmanship or merely political agenda? Supriya Unni Nair delves deeper into the practice and finds an interesting history.

On November 1 this year, no less than twelve cities and towns across Karnataka, including the capital, officially adopted a new name. So, 'Bengaluru' and 'Mysuru' now join the innumerable towns and cities across the country, which have seen their names changed at some point or the other in the course of India's history.

There is no official data on the actual number of name changes effected in our country, because contrary to popular belief, this phenomenon began well before colonisation. Experts see these name changes increasing in the future, whether as part of an individual search for identity, or merely propelled by political agenda.

Linguistic incompatibility has been cited as one of the main reasons for this seemingly irrelevant change. Historians believe that the name India itself was derived from the Persian Hindu, a corruption of River Sindhu. The term Hindu was geographical and not religious in nature, and referred to the people living near the river. The Greeks further changed this to Indos or Indus.

This linguistic distortion can be seen in the naming of cities as well. Delhi was originally called Dhillak or Dhillika but with the Arab conquest it became Dilli, then Dehli as the word ‘dh’ is not a part of the Arabic alphabet. When the British came and took over they changed it to Delhi as per English phonology – where you can't have an 'h' at the end of a syllable.

Names such as Thiruvanathapuram in Kerala, and Venkatanarasimharajuvaripeta in Andhra Pradesh, literally made later colonisers tongue tied.

"Most of our languages in the Indian subcontinent have a deep and complex foundation, with some like Malayalam having 56 alphabets. These are taken for granted by us Indians. For someone not used to it, the various permutations and combinations can be mind boggling," points out Dr T K Oommen, sociologist and Professor Emeritus at Jawaharlal Nehru University.

But it was not just linguistic incompatibility that resulted in these name changes.

It was also in the interests of the ruling class to create a hegemonic position. During the course of colonisation, It became imperative to belittle the subjugated, and prove that the ruling class's cultural position is superior. Changing the name of a familiar land was one such symbolic tactic often resorted to.

This explains the rationale behind renaming Poona 'Pune', and also why various places in India were named after British leaders, for example, Bangarapet in Karnataka was renamed Bowringpet after Lord Bowring.

Naming domains in India were historically driven by the geographic and mineral wealth of the area, representing a social community, and later on its rulers.

In the north-western parts of the country, the suffix ‘sar’, meaning lake, denoted a place near a lake. Similarly in the North, names ending with 'pur' and 'nagar' denoted towns. 'Qila', 'gargh' and 'kota' in the south denoted a place with a fort.

"If we delve deeper into rural India, we will see even more specific names. For example, Muthalakulam, near Palakkad, Kerala means pond of the alligators. There are areas which point out marshy land, cultivatable land, land rich with minerals such as Uppala in Kasargode," explains Dr K Gopalankutty, retired HOD of the history department, University of Calicut. The colonisers were ignorant of these classifications and randomly changed the names of various places.

The quest for an independent identity

As part of India's bid to shake off its colonial shackles, the years after Independence saw a huge movement to rename all the major British-named places. 'Jubbulpore' became Jabalpur in 1947, Travancore-Cochin became Kerala in 1956, and Madhya Bharath became Madhya Pradesh in 1959. Similarly others were renamed over the next couple of decades. But it was in the 1990s, post liberalisation, that this gained momentum.

The boom in industry, job opportunities, media exposure and increase in mass migration to urban centres saw a new kind of Indian emerging.

"Traditional identity lost relevance and social groups had to assert themselves. That is when various social subsets started forming newer groups - regional, caste and community-based. The massive demographic change resulted in a new quest for identity. People wanted to stand out and make their presence felt,” says Dr Bhupinder Chaudhary, associate professor of history at Delhi University.

Quick to jump on the bandwagon were political parties. In 1995, the Shiv Sena led the call to rename Bombay as Mumbai. Their reasoning was that they wanted to wipe out the colonial name Bombay, said to have been named Bam Bai by the Portuguese, meaning 'good bay'. Mumbai would be named after Mumba Devi. 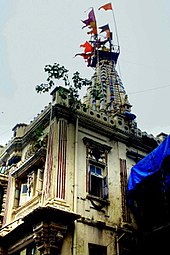 "Though name changes are generally projected as a nationalistic gesture, I am not sure of their real purpose. The forces at work have been revivalistic and reactionary in their reasoning, more than being inclined to an indigenous retrieval," says Prof K Satchidanandan, poet and former secretary of the Sahitya Academy.

Adds Rana Safvi, founder of the poet’s forum Shair and a historian, "Any changes in the arts and culture of the place in the city which has had a recent name change is not specifically because of the name change but because it reflects the mindset and priorities of the new set of rulers which  affect the name change. These don’t stop only at names of places but also at reviving the cultural past as well as in some cases invoking values and mores of their own past, and the region’s past too. "

But do these name changes really affect the common man?

M V Rajeev Gowda, professor and Rajya Sabha MP says they do. "The changes in names are actually not new. The names are revival of their old names. For example, a speaker of Kannada would always refer to Bangalore as Bengaluru in his mother tongue just as a Bengali would say Kolkata, when speaking in Bengali. This is true all over India, especially in the rural areas."

He further explained that official changes do not incur any additional expenditure as the change is effected in a phased manner. Official documentation would be changed as and when it is replenished.

In Karnataka, the government has said that there would be no compulsion for private firms or organisations to change their name if their names refer to the renamed places, which means you will perhaps continue to have “Bangalore University,” just as Mumbai continues to draw many to the “Bombay Gymkhana.”

However, a point to remember is that addresses on signboards, company letterheads, visiting cards and other documents for these companies would have to be changed. On a pan India level this would mean a substantial amount in terms of expenditure incurred.

And then there is the question of ‘Brand’ India. As an emerging economic powerhouse, would the developed world be comfortable with these changes?

"India has done away with political colonisation, but still needs to cut the strings of cultural colonisation. Other colonies like China have done so. But ironically, our connection with the old coloniser has helped us capture global markets, such as our knowledge of English,” explains Dr Oommen.

Harish Bijoor, renowned brand and business strategy consultant, says that intrinsically there would be no dissonance in branding, though it may hit Brand India abroad. "Extrinsically, yes, it would be hit temporarily. There would be slower recall, and it may need some getting used to. But in the long term it won't hurt us at all."

There are many more name changes in the pipeline. The West Bengal state legislature in 2011 proposed changing the state name to Paschim Banga. A political tug of war is on regarding a change from Ahmedabad to Karnavati. Myriad factors will continue to influence such decisions and it is beyond doubt that we will see many more cities and towns being renamed. It is perhaps just another sign of evolution in the history of a nation.

URL for this article
http://indiatogether.org/bangalore-bengaluru-bombay-mumbai-name-change-cities-government