Mani Shankar Aiyar fails on two counts - his poor arguments for secularism, as well as his scant attention to his party's role in creating the economic conditions for communalism. Ashwin Mahesh reviews Confessions of a Secular Fundamentalist.

"Why should we not have a Uniform Civil Code? Why should Hindus adopt family planning when Muslims resist it? What justification can there be for overturning the Supreme Court verdict in the Shah Bano case? Why do Indian Muslims cheer Pakistani sports teams? Why should we make such a hue and cry over secularism when no Muslim country practises it?"

Mani Shankar Aiyar is happy to answer these and other similar questions, in his book, Confessions of a Secular Fundamentalist. Aiyar's answers are formed from his view that it is not enough to be secular; instead in the Indian context, one must also be anti-communal. This purposeful advocacy and defense of secularism he calls 'secular fundamentalism'.

It is unfortunate that these questions and his answers appear in the Appendix, for they should have formed substantially more of the body of the book itself. Aiyar's view of minority communalism is that its alleged travesties are exaggerated, that in any community there will always be examples of extremism, and that the excesses of the extremists cannot be quelled by outsiders, but instead must - and will - be reined in by members of the minority communities themselves, who after all have a strong personal and communitarian interest in such reform.

Each of these views is plausibly true. The difficulty with this conclusion, however, is that the same claims can be made about majority (Hindu) communalism too - namely, that the excesses are perpetrated by a smallish faction, whose most significant days are in any event now behind us, and that a growing tide of disgust among the Hindu majority itself will eventually render such extremists truly irrelevant.

But secularists, whether of Aiyar's hard school or the softer variety attempted lately by others in the Congress, don't believe anything of this sort. Indeed, Aiyar's conviction is that majority communalism cannot be left to die the death that minority fundamentalism would, and must instead be tackled more actively.

Why this distinction? The by-now-familiar answer from secularists is that minority communalism is at worst marginal, whereas majority communalism is far more dangerous and carries a much higher potential for damaging the nation. But the numbers-based distinction cannot apply to his fears alone, it must apply to his hopes for a solution as well. Certainly, there are very many more of the majority communalists than minority ones, but is it not also true that there are very many more majority secularists too to join the battle? After all, with Hindus being such a majority in the country, there is a large pool of citizens available to confront the communalism of the Hindu right publicly, whereas if we left Muslim or Christian communalism to be fought by the minority secularists alone, then we may find too late that they are too few in number and not up to the challenge. 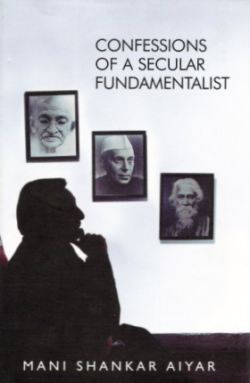 Secularists who see Hindu communalism to be far worse than its minority opposites are also forgetting history. Looking at modern India, with its overwhelming Hindu majority, it may seem reasonable to conclude that external religious influences have not substantially altered its fundamental Hindu nature - one that Aiyar himself accepts is tolerant and welcoming to many religious persuasions. But he forgets that this fundamental nature was once true in large territories that are no longer part of this nation, and in those territories too non-Hindu influences were certainly small to begin with. The case for anti-communalism, when it is based on the majority of the majority, cannot explain why the Hindu ethos was greatly diminished - and now nears extinction - in the lands that eventually became Pakistan, and to a lesser degree, Bangladesh.

Aiyar is certainly right to urge a passionate defense, even advocacy, of secularism. But any objective analysis of communalism cannot begin with the presumption that its practice by some is worse than by others; instead Aiyar must demonstrate this to be case. His far-too-quick leap over this territory is ultimately what makes the book unhelpful to the secular agenda. Confessions is very readable, in true Aiyar style - his penmanship remains at par with the best in the nation - but it is difficult to imagine that the book would change many minds or hearts.

Perhaps his mistake is assuming that individuals who share similar motivations will reach the same conclusions about secularism. Aiyar's arguments are based on his acceptance of Gandhian secularism - tolerance of the Other, and liberalism to reform one's own community. Indeed, he argues that being secular, he would concern himself more with Hindu problems than with Muslim ones, in the same way that Gandhi did. But the Mahatma was a Hindu, and quite certain of it. Aiyar, in contrast, tells us that he is an atheist - a confounding confession at the very end of a book arguing that reform of communities should be left to their members. One is immediately tempted to ask if Hindus and Muslims alike should consider his views a non-secular intrusion into their affairs.

A couple of hundred pages spent arguing that there is no such thing as a Hindu Muslim or a Hindu Christian (as the religious right-wing would want our minorities to regard themselves) are undone by his own embrace of Hindu atheism, without which he couldn't possibly give himself the freedom to lecture the Hindus! The irony is that his views as an atheist may be more pertinent to secularists in the coming years, as increasing numbers of young people of all backgrounds turn away from religion.

There is a second contradiction within Confessions' pages. Aiyar correctly notes that the perennially poor are too busy eking out an existence to be communal; instead it is those who have "known better lives and now find the good life snatched from them for no fault of theirs" who are fodder for communalism. He is further correct to argue for an economic agenda to fight this, one that "requires giving top priority not to fancy new-tech industry ... not disinvestment in favour of the obscenely rich, but investment in favour of the despairing poor".

Excellent, but how does his precise identification of the economic origins of communalism square with the actual economic agenda of the government in which he is today the Petroleum Minister? Who, if not the Congress, initiated disinvestment in favour of the obscenely rich in the guise of reform? Whose voices, if not that of the Congress, do we hear arguing loudly that an employment guarantee for millions is unaffordable?

One cannot help but feel that what Aiyar has delivered isn't a confession, but a sermon.

Perhaps it is easier for Congressman Mani Shankar Aiyar to speak of communalism only in terms of religious nationalism, where the enemy is easily labeled and ridiculed. Analyses of political parties' economic agendas, on the other hand, would show the Congress to be not very different from the BJP, and thus equally to blame for creating the conditions for communalism. Indeed, if mounting insecurity in the new economy is where the problem lies, then it can safely be said that his party first opened the doors to communalism, and even today keeps them firmly open.

Confessions, thus, fails on two counts - its poor arguments for secularism, as well as its scant attention to the role of the author's party in creating the economic conditions for communalism. Taken together, these render it a well-intended, but ultimately blunt, addition to the secular arsenal in the battle for India. With charitable judgement, one may regard this work as no worse than incoherent advocacy by the author. But ideological battles are not won with good intentions alone, and secularists would do well to disregard this work.

Aiyar's fine prose, his long stint in the Foreign Service, and his insider's familiarity with Congress history of the last two decades are good reasons to pick up the book, but when the last page is turned, one cannot help but feel that what he has delivered isn't a confession, but a sermon. And in his avoidance of the economic policies of the Congress, there is even a hint of the very thing that marks most confessions - the certainty of more sin.

URL for this article
http://indiatogether.org/confessns-reviews