DBT SCHEME
Transferring benefits, but where?
With an eye on the electorate, the UPA government is trying to scale up its Direct Benefits Transfer scheme in a big way, linking it to the Aadhaar project. But given the low levels of financial inclusion and poor financial literacy among beneficiaries, its effectiveness remains suspect.
22 August 2013 -

Earlier this year, the central government rolled out its much-vaunted and controversial cash transfer scheme, now formally known as the Direct Benefit Transfer (DBT) scheme. The DBT targets financially weak sections of society across the country, and has been described by the Finance Minister, P Chidambaram, as a "game changer."

The DBT is enabled by the Aadhaar card to ensure that only those who really deserve the assistance are provided with it. Further, corruption, delays, and pilferage are sought to be kept to a minimum by this linkage. Aadhaar-enabled service delivery is envisioned to be linked to various government schemes such as scholarships, pension schemes, payment of social security benefits, distribution of LPG subsidy and so on.

According to the UIDAI (Unique Identification Authority of India), over 40 crore cards have already been issued, and the scheme aims to enroll 60 crore people by 2014. According to the Planning Commission, the DBT is now being implemented in 28 schemes across 121 districts in the country. Over 32 lakh payments have already been made through the Aadhaar payment bridge. By any measure, the DBT is a massive scheme, given the numbers involved.

With national elections coming up in about a year's time, the central government has pulled out all stops in pushing the DBT. But questions have been raised about whether the scheme will actually achieve its ultimate goal of lifting people out of poverty and enable the growth of the wider economy. Putting aside questions of ideology or economics, there are the fundamental issues of financial inclusion and literacy. The government can hand over the money, but would the recipients be able to receive it and put it to good use? 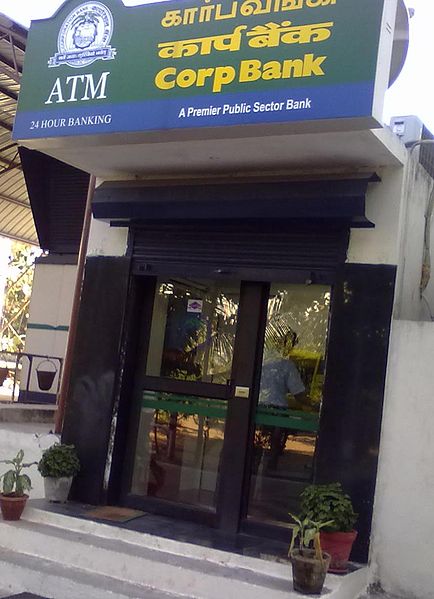 •  A 'pilot' that lost direction
•  A permanent poverty

The DBT hinges completely on one critical requirement: the existence of a bank account in the name of the beneficiary. The reality is that in India, financial inclusion in the form of bank accounts is relatively low. According to the Department of Financial Services, Ministry of Finance, only 58.7 per cent of Indians have access to banking services. In urban areas, the figure is 67.8 per cent and for rural areas, the figure is 54.4 per cent. In short, about 40 per cent of the Indian population lacks access to basic banking facilities. With such a large proportion of the population being financially excluded, can the DBT really work to its designed potential?

Early indications aren't particularly heartening. In May this year, the government rolled out the LPG subsidy via DBT in 20 districts around the country in Andhra Pradesh, Kerala, Karnataka, Himachal Pradesh and Sikkim. The roll-out had to be postponed after it was discovered that only 13 per cent of those with Aadhaar cards in these districts had bank accounts.

The issue is not just one of sheer numbers. The attitude of the banks in respect to the cause of financial inclusion is also suspect. Dr K C Chakrabarty, Deputy Governor of the Reserve Bank of India, said recently that one of the main challenges is the fact that "The goal of universal financial access is yet to receive the complete conviction/commitment of the Board/top management of banks. This is often due to a lack of genuine belief that this can be pursued as a profitable business activity." Even a senior member of the UIDAI was quoted as saying, "We are always being blamed. But the major issue is related to banks. None of these banks are cooperating."

Technology can also prove to be another hindrance, rather than an enabler. According to Dr Chakrabarty, there are issues with smart cards, connectivity, hardware, reliability and so on. He bemoans that, "[D]espite being the software service provider to the world, India is unable to develop reliable software solutions and back office services for supporting our own FI [Financial Inclusion] activities." He draws the unhappy conclusion that, "[T]he collective will power of the society and of all the concerned stakeholders is lacking and, consequently, the mission of complete financial inclusion is yet to become a national ambition." Moreover, an appropriate business model is yet to evolve, leading to difficulties with scaling.

This is not a trivial problem. While beneficiaries will be provided with debit cards, they need to able to undertake relatively simple tasks such as withdrawing cash from ATM machines. Do the Direct Benefit Transfer (DBT) account holders have a grasp of basic financial concepts or tasks related to cash-handling, so that they can properly manage, or even avail, the money that has been credited to their bank accounts?

In a recent survey by MasterCard, India ranked second from last in a survey of financial literacy in Asia Pacific countries. The survey determined the respondents' financial knowledge in terms of budgeting, savings, and responsibility of credit usage. If anything, it is likelier that respondents to a survey by MasterCard were relatively sophisticated financially; if their literacy levels are low, it can be safely assumed that financial literacy levels among the masses are even lower.

This is confirmed by Dr Chakrabarty who stated, "[Fi]nancial illiteracy permeates across all levels of society and economic strata." The RBI is taking several measures to improve financial literacy rates in the country, including outreach visits, town hall events, media campaigns and the opening of Financial Literacy Centres (FLCs). It can only be hoped that these measures go some way in improving the situation.

But whether or not the situation improves, the Indian public is skeptical of any government scheme - a skepticism born out of long and sometimes harrowing experiences of people trying to get their rights. While there may be a certain amount of wary optimism with the DBT, it is just one more attempt in a history of poorly executed schemes, though this time, what's on offer is direct cash.

The government does not part with cash easily, and the public knows this. Take income tax refunds, which despite some improvements in recent years are still notoriously difficult to get without paying bribes. Or undelivered pensions, another source of endless misery to millions of people. No wonder that the proposed reform of the LPG subsidy, to a scheme where customers would pay the full price up-front and then get the subsidy portion of the cost directly transferred to their bank accounts, is viewed with deep suspicion; many customers believe this money will never arrive.

Likewise, private companies in many industries that have been promised subsidies to promote various schemes of the government - e.g. solar power, and drip irrigation - know how difficult it is to actually get these funds. The government has always been quick to announce schemes, and dismiss most questions as mere implementation challenges that need to be overcome. But these details always trump intentions in the effectiveness of any scheme. In this respect, there is a big question mark hanging over the DBT.

URL for this article
http://indiatogether.org/dbt-economy