HIDDEN NEXUS
From biodiversity to biotech
Biological matter drawn from animals and plants in India could be transforming into biofuels in the labs of foreign corporations. Kanchi Kohli reads between the lines.
07 July 2008 -

The Chennai-based National Biodiversity Authority (NBA), notified as the apex body under India's biodiversity legislation, recently signed an agreement with the Dolphin Institute of Biomedical and Natural Sciences in Dehradun, for transferring biological resources to a foreign entity - the Mascoma Corporation in Lebanon, New Hampshire, United States. Under the agreement signed in January this year, the institute has been allowed to transfer anaerobic fungi isolated from the rumen liquor/faeces/saliva of domestic or wild ruminants (cattle, buffalo, sheep, goat, deer and camel, among others) and non-ruminant herbivores (horse, elephant, zebra and rabbit), for a year (also see box).

NBA's approval is mandatory for transferring any biological material or germplasm to a foreign entity, as per the provisions of India's Biological Diversity Act, 2002. In case there's a chance that this material will be used for commercial purposes, or if it's explicitly for commercial use, then mechanisms for sharing benefits have to be determined at the outset. 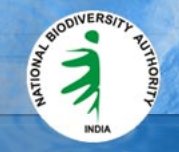 The number of applications before the National Biodiversity Authority, seeking private control over the use of biological material, is a clear indication as to where the implementation of biodiversity legislation is headed.

The case of the Mascoma Corporation is intriguing in itself. The approval letter for the transfer, uploaded on the NBA website (www.nbaindia.org), does not clearly state why biological material is being transferred to an American corporation. Neither the approval letter nor the agreement (procured using the Right to Information Act) states anything about the corporation or what it would be potentially using the material for. The letter only indicates that the biological material will be used for "testing purposes".

However, dig a little deeper and you find certain other details. The Dartmouth Regional Technology Centre of Mascoma Corporation, where the fungi are being sent, is researching ethanol production from cellulosic biomass. Mascoma, in itself, is an energy biotech company that's engaged in the creation and promotion of second generation biofuels made out of cellulosic biomass. The website of the corporation states that "Mascoma is proud of its partnership and association with world-leading academic, government, and private research organizations, as well as with innovative corporations situated along today and tomorrow's cellulosic value chain."

What this implies is that the raw material from Dolphin Institute and other educational bodies in India is possibly being used abroad for producing ethanol, an important component for the bio-diesel industry. The stakes involved in accessing such raw material is more than evident when one looks at the list of Mascoma's investors. It includes investment firms such as Flagship Ventures and Khosla Ventures, and big automobile or oil giants such as General Motors and Marathon Oil Corporation. In fact, in May this year, General Motors entered into a partnership with Mascoma Corporation for developing cellulosic ethanol.

Cellulosic ethanol is critical to the second generation development of biofuels, otherwise made using jatropha, pongamia and sugarbeet. It uses non-food items such as wood, grass or the non-edible parts of plants for the development of ethanol. The technological know-how for such development is provided by biotechnology and genetic modification techniques. According to the website of the United States Department of Agriculture (USDA), the use of anaerobic fungi for creating biofuels from cellulosic biomass is being currently researched.

All of this appears to suggest that the Mascoma-Dolphin transfer has a commercial aspect, which is not stated in the publicly accessible documents. The institute, while applying to the NBA for approval in the manner prescribed in Form IV of the Biological Diversity Rules, 2004, would have had to mention the full particulars of the third party, ie, Mascoma, along with the transfer's purpose. The form also requires the institute to indicate the "details of economic, social, biotechnological, scientific or any other benefits that are indented, or may accrue to the third party due to the transfer of accessed biological material and knowledge". Either this was not disclosed in the form or the NBA did not infer that the transfer had a commercial bent.

In any case, currently there's no mechanism available to monitor what happens to material sent out of the country for research purposes. It's entirely possible that the corporation will be able to claims rights on the innovated material in the future. As in the case of Mascoma, when commercial motives are not stated but seem implicit in the transfer, the host country will not be able to share the benefits that come from its own material. Given this scenario, the NBA should have done a complete impact assessment before granting approvals. It should also have more stringent monitoring measures in place or restrict access to material unless clarifications are given about how the transferred material is going to be used.

According to the Merriam-Webster online dictionary, "ruminant" relates to two suborders (Ruminantia and Tylopoda) of herbivorous, even-toed, hoofed mammals (such as sheep, oxen, deer, and camels) that chew cud and have a complex 3- or 4-chambered stomach. The rumen is the large, first compartment of the stomach of a ruminant, in which cellulose is broken down by the action of symbiotic micro-organisms.

Mascoma is not the only corporation with whom an agreement has been entered into. Novozymes Biologicals Inc, USA, has been granted approval to access for commercial purposes the bacteria of bacillus and pseudomonas from the Malampuzha forest division in Kerala. This material will be used in a laboratory for promoting the crop production of tomato, lettuce and rice. Novozymes is a leading biotechnology company with expertise in microbiology and gene technology.

While questions remain about granting access to biological resources and their usage in genetic modifications, there are other problems pertaining to the Biological Diversity Act. There's little transparency and almost no public assessment of the impact of the approvals granted for access and transfer of material or about Intellectual Property Rights (IPRs). The NBA has till date given around 266 such approvals since it was first constituted in 2003.

Ironically, 228 of these applications were related to IPRs. This is an interesting dimension to the implementation of biodiversity legislation, which had three objectives: foremost was that of conservation, after which came sustainable use and equitable sharing of benefits. The number of applications seeking private control over the use of biological material is a clear indication as to where the implementation of this legislation is headed. IPRs over life forms are representative of an ethic that believes in private, monopolised control of resources and knowledge.

Interestingly, these applications came from both national and international players, including government bodies such as the Indian Council for Agricultural Research and the Council for Scientific and Industrial Research, and multinational corporations such as PepsiCo and Syngenta Seeds. Given the flurry of activity, it seems as if a storm is set to brew in India's biodiversity field.

URL for this article
http://indiatogether.org/div2tech-environment