GENETICS
A confluence of cats

The future survival of wild tigers depends not only on increasing their population size, but also on ensuring that fragmented populations are genetically 'connected' with each other, writes Abheeshta Rao.

The tiger is among the world's most iconic animals and has been deeply embedded in our culture, legends, and myths since historic times. Being the largest among the big cats and five times the size of an average human, there is little surprise why people admire and fear this predator. Due to threats such as poaching and habitat encroachment, there has been a drastic decline in tiger populations in the last two centuries. Their range has also shrunk to less than 7 per cent of their former vast domain which once stretched from Russia in the north to the islands of Java in the south.

Today, 70 per cent of the world's wild tigers live in India in fragmented pockets of forests surrounded by human-dominated landscapes. The future survival of wild tigers depends not only on increasing their population size, but also on ensuring that fragmented populations are genetically 'connected' with each other.

The analysis reveals the presence of three different genetic clusters of tigers. The relatedness of these populations supports the view that the tigers have historically been migrating between protected areas to establish territories and this has increased their genetic diversity. The genetic analysis has found genetic evidence of a tiger 690 kilometers away from the protected area it originated from, either in one or two generations.

That range could have been even greater, if not for the growing human population. While comparing features of the landscape with tiger connectivity, it is evident that the presence of human settlements and roads has a negative impact on tiger connectivity. This is one of the first studies to show that increasing human population density could be detrimental to the genetic dispersal of tigers. 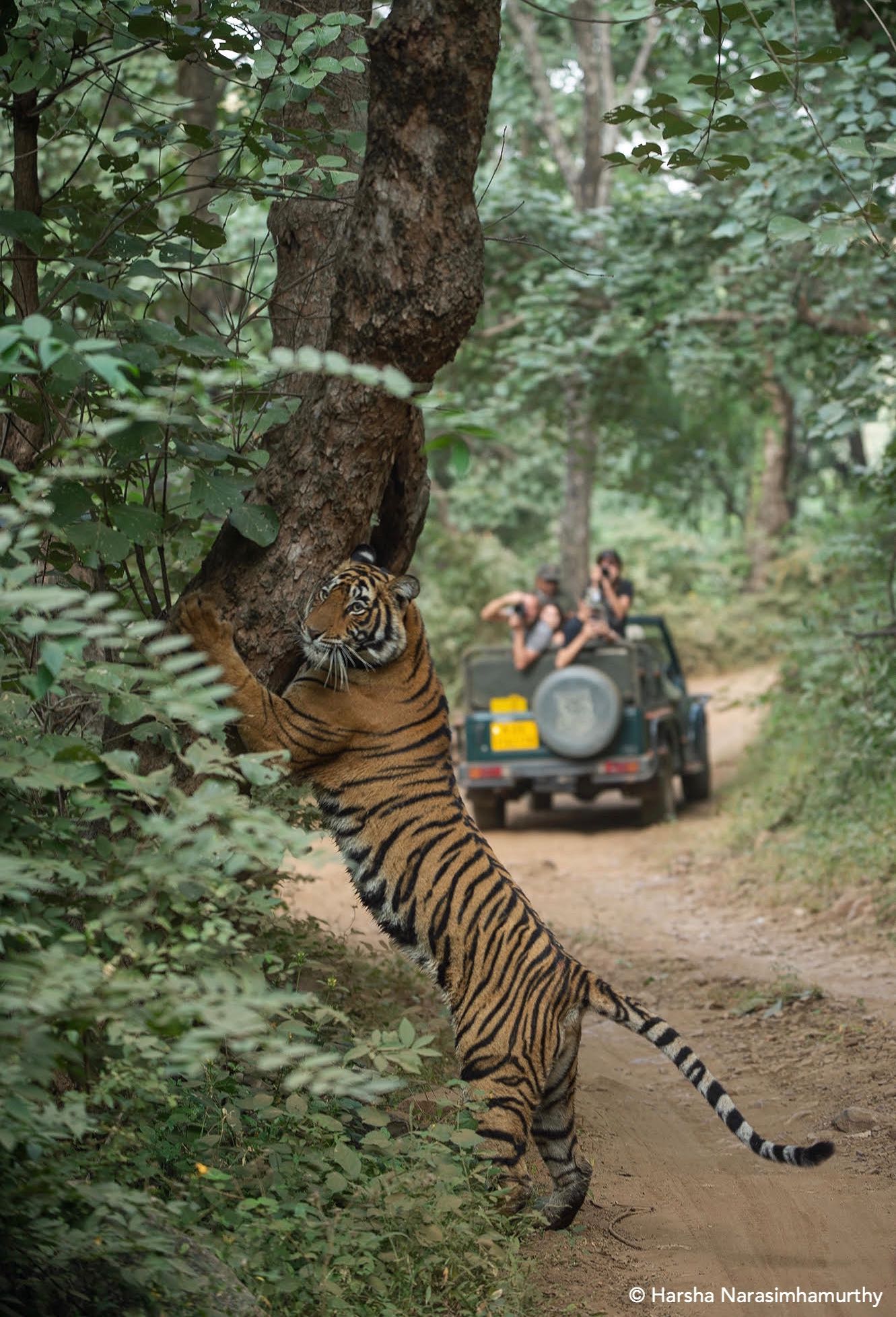 Habitat quality also plays a role. Results from the study confirm that tiger populations with high densities will migrate between high quality habitats, and participate actively in maintaining connectivity. Likewise, tigers from lower population density habitats too were found to disperse from their sites of origin, suggesting that tigers may choose to move only to sites with high-quality habitats.

The authors conclude that merely increasing the number of tigers in local areas, while important, is an inadequate conservation strategy if there is no genetic connectivity between populations. They highlight the need to understand the connectivity between protected areas in order to maintain and increase the population size of tigers in India. A number of non-invasive genetic analyses methods explained in the research paper work effectively in complementing camera trapping and radio-telemetry projects to derive insights on tiger populations.

Abheeshta Rao is with the Centre for Wildlife Studies. This article is a blog version of a scientific paper - Connectivity of Tiger (Panthera tigris) Populations in the Human-Influenced Forest Mosaic of Central India – Aditya Joshi, Srinivas Vaidyanathan, Samrat Mondol, Advait Edgaonkar, and Uma Ramakrishnan- PLOS One, 2013 - and is published here with permission.

URL for this article
http://indiatogether.org/genetics-tigers-environment