WILDLIFE PROTECTION ACT
An uncertain future for our fauna

As India’s Wildlife Protection Act completes 42 years, conservationists are worried by the recent moves of the government. which appear to undermine the law in a bid to project an industry-friendly regime. T R Shankar Raman analyses the apparent direction in which the Act, and environmental laws in general, seem to be headed.

As it completes 42 years, can India's Wildlife Protection Act expect a shot in the arm or should it rather prepare for a shot in the head?

The wildlife act, a landmark legislation that came into effect on 9 September 1972, is poised at a crucial juncture. Its future is on the minds of wildlife scientists, conservationists, and citizens around the country after the Narendra Modi-led government recently constituted a truncated National Board for Wildlife (NBWL) and hastened project clearances through its Standing Committee (SC-NBWL).

As the NBWL is the nation's apex body for wildlife conservation under the Wildlife Act, conservationists are concerned that the government's moves signify an attempt to undercut the objectives of the Act.

The government's actions and subsequent developments also tellingly illustrate how governance failures lead to wildlife protection being misconstrued as anti-development, even as conservation needs become increasingly urgent in India and worldwide, and forests and innumerable wildlife species continue to be in peril. 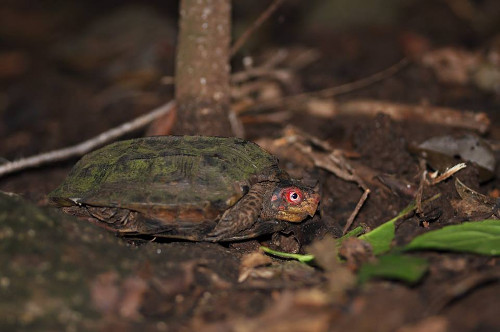 In late August, the Supreme Court, acting on a public interest litigation, put on hold decisions taken by the Standing Committee (SC-NBWL). The committee had met on 12 and 13 August to accord clearances to 140 projects, such as dams, powerlines, roads, and canals, slated to come up in and around the country's wildlife protected areas.

Earlier, on 22 July, the government had constituted the NBWL without including as many independent non-official members (five non-governmental organisations plus ten eminent conservationists) as required under the Wildlife Protection Act. With a retired Gujarat forest officer and a foundation under the Gujarat government as two of only three non-governmental representatives, the NBWL's credibility and effectiveness was also called into question, provoking litigation and judicial intervention.

As a result of this muddle, the careful scrutiny of these projects, which is both imperative and mandated by law and earlier orders of the Supreme Court, was compromised. Also, as the SC-NBWL had not met since September 2013, in part due to elections, project appraisals and clearances that had been pending for close to a year were again delayed.

This illustrated the persisting inefficiency in governance systems and the rather ham-handed attempt by the Central government to steamroller project clearances, which also occurs with distressing regularity in case of forest and environmental clearances (and a majority of projects are in fact cleared).

In instances of environmental clearance, the problem is often compounded by shoddy environmental impact assessment reports commissioned by the project proponents themselves.

The need for independent scrutiny

Efficient and independent scientific scrutiny of all projects proposed in and around wildlife protected areas is crucial. The Wildlife Protection Act, by mandating the inclusion of multiple independent experts and non-governmental organisations in the NBWL, helps bring complex issues related to India's diverse ecosystems and local community contexts to the table for prior consideration before project approval. 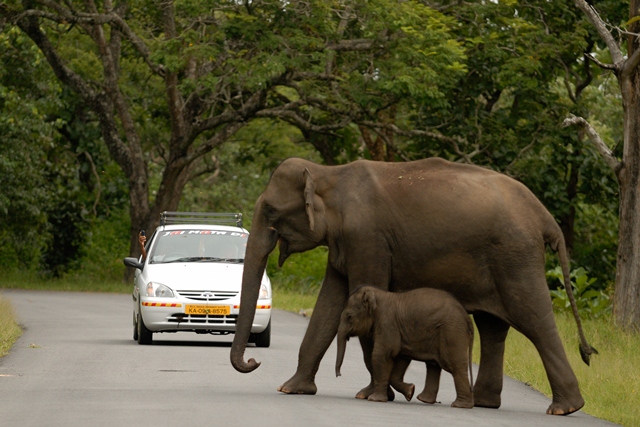 Habitats of wild species, such as this Asian elephant female and her calf, are increasingly disrupted by roads and other development projects. Pic: Kalyan Varma

Instead of asserting the value of such scrutiny-based-clearance to ensure sustainable development, the Union Minister for Environment, Forests, and Climate Change, Mr Prakash Javadekar, has by his own remarks only bolstered the negative impression that these clearances are roadblocks to development that need to be removed. If real roadblocks exist, his ministry's manner of clearing them – by triggering judicial interventions or long confrontations between civil society and developers – risks running into other dead-ends. This scenario hardly helps the cause of either wildlife or development.

To be fair, problems related to project appraisals and unwarranted delays had already come to the fore during the tenure of the previous government. At that time, members of the NBWL, Forest Advisory Committee, and other conservationists had provided constructive suggestions for improvement of the system.

These included involving empaneled wildlife experts, forest ecologists, and social scientists in project appraisals and site inspections, getting project proponents to submit better maps and project documents, and implementing measures for rigorous, yet timely and transparent functioning of appraisal committees.

Another key need identified was follow-up to oversee whether projects being implemented were meeting the conditions imposed when clearance was given. Sadly, none of these vital measures has yet been instituted.

The consequences of such inaction are serious given other trends. As norms for infrastructure intrusions such as roads and river-interlinking canals have been diluted, wildlife areas including Pench and Panna Tiger Reserves in central India will suffer additional forest loss, internal fragmentation, and disruption of wildlife corridors.

The outmoded approach of encouraging more large dams in the Himalaya will seriously affect places like the Teesta basin in Sikkim, where an earlier site inspection report by the SC-NBWL had already revealed multiple violations of law and Supreme Court orders.

In India's grassland ecosystems, with land-use changes and continuing neglect of local community involvement in conservation, critically endangered species such as the Great Indian Bustard and Jerdon's Courser now face a real risk of global extinction. If they occur, these will be the first documented bird extinctions in India since independence.

While key concerns over grasslands, rivers, forests and mountains are ignored, the environment ministry continues to woo business and industry with promises of quick and easy clearances. The rush to project an industry-friendly environment risks destroying opportunities for environment-friendly industry.

In the last week of August, even as procedures to improve scrutiny of projects languished for attention, the Central government placed five of India's environmental laws under review. The Wildlife Protection Act, Environmental Protection Act, Forest Conservation Act, and the Air and Water Pollution Acts are being examined by a four-member committee to identify amendments that will bring the Acts “in line with current requirements to meet objectives”.

The committee has been given all of two months’ time, and the ministry's website allows citizens to post comments till 28 September, with comments restricted to a limit of 1000 characters (roughly 160 words).

For a review exercise targeting five major laws and related Supreme Court orders, this seems grossly inadequate. The committee should extend the time and channels for receiving public feedback and submissions in either hard or soft copy, hold public meetings in different regions of the country, and co-opt domain experts in environmental and social sciences. Their draft report, too, should be made available for citizen feedback.

The Wildlife Protection Act created the framework that protects the nation's 660-plus protected areas (including wildlife sanctuaries, national parks and tiger reserves), which have come to occupy less than 5 per cent of India's geographical area. It was intended to provide for “the protection of wild animals, birds and plants…with a view to ensuring the ecological and environmental security of the country.”

With the country's apex wildlife body caught in a political quagmire, the case pending before the Supreme Court, and the law itself under review by a government with evidently different priorities, it is time for concerned citizens and conservationists to once again speak up: on the need to protect the Act.

T R Shankar Raman is a scientist with the Nature Conservation Foundation, Mysore.

URL for this article
http://indiatogether.org/government-plans-for-wildlife-protection-act-environment