RENEWABLE ENERGY
Ministries turn a blind eye to impact of small hydel projects
Both the Ministry of Renewable Energy and the Ministry of Environment and Forests appear loath to pay attention to the potential environmental impact of small hydel power projects in the country. Parineeta Dandekar underlines the shortcomings in the official stance towards such projects.
13 December 2013 -

The Ministry of New and Renewable Energy (MNRE) was created with the mandate of supporting and governing renewable energy projects across the country, which include small hydro, solar, wind, biomass projects, etc. MNRE recently published a report on 'Developmental Impacts and Sustainable Governance Aspects of Renewable Energy Projects'. In view of the unaddressed impact of Small Hydel projects (SHPs) with installed capacities between 2 . 25 MW, such a report was sorely needed and was looked at as a welcome initiative.

Around the same time that this report was published, the Karnataka High Court upheld the Elephant Task Force's recommendation about the impacts of SHPs on elephant habitats, and directed the state government to review clearances of all projects affecting such habitats. This came in addition to the High Court banning SHPs in the Western Ghats, following a petition filed by the Western Ghats Forum. Uttarakhand has cancelled as many as 56 SHPs due to various irregularities. Strangely and unfortunately, however, the MNRE Report entirely excluded the small hydel sector from its assessment, without any justification.

Even as SHPs can have and are seen to have severe impact on communities and ecosystems, they are exempt from environmental impact assessment, public hearings, and any environmental management plan. This is because the EIA Notification 2006 restricts itself to projects above 25 MW. Effectively, therefore, the Ministry of Environment and Forests, entrusted with safeguarding the country's environment, overlooks all possible repercussions of these projects.

Small Hydel Projects get subsidies, tax rebates, tax holidays from the MNRE, apart from other benefits and preferential tariffs from states. The SHP sector is crowded with private investors, wanting to make a quick buck from rivers, exploiting the absence of environmental and social regulations. The rush is most prominent in Uttarakhand, Himachal Pradesh, Karnataka, Odisha and now Kerala, where cascades of such dams are due to come up across pristine rivers.

Issues with small hydro-power projects are serious and have been raised by many. But as these projects fall outside the purview of the EIA Notification, none of their impacts are studied

Most Small Hydel Projects are grid connected and have significant impact on local water availability, habitats and submergence, but local communities rarely get electricity from these projects in their backyards and across their rivers. In Himachal, communities fought a long and lonely struggle against the 4.5 MW Hul project affecting drinking water security and irrigation in six villages, as well as ancient oak forests. Himachal has several such projects across streams which have been designated "in situ conservation streams" by the Himachal Fisheries Department for their notable fish diversity.

Similarly, projects like 24.75 Kukke I in Dakshin Kannada can submerge a massive 388 hectares, encompassing extremely biodiverse forests, plantations and houses. Greenko's Perla and Shemburi Projects in Karnataka are examples where two 24.75 MW SHPs are fraudulently shown as separate projects, but are in effect single projects with a common dam.

In the case of the 24.75-MW Basavanna and Mauneswara projects across Krishna River, downstream Narayanpur Dam in Karnataka, villagers were long under the impression that the power canal of the projects was actually an irrigation canal for their fields. They realised that they had been effectively alienated from their river only after they were banished from approaching the canals! Here too, both these 24.75-MW projects are shown to be different on paper, but are clubbed as a single project on ground, as the South Asia Network of Dams, Rivers and People (SANDRP) found out. The proponents have also fooled the UNFCCC and have applied for carbon credits as two separate projects.

Minutes of the local stakeholder meetings which are supposedly held separately for two projects, at a gap of three months, actually show exactly the same questions, asked by the same people with exactly the same answers from the company! The 19-MW and 18.9-MW mini hydel projects by Maruthi Gen were also clubbed together as one big project in the heart of Dakshin Kannada Forests in Sakaleshpur as was effectively unearthed by Sanjay Gubbi.

Submergence data of many SHPs is hidden and affected communities are kept in the dark till water actually floods their lands. The 24.75 MW Thangarabalu SHP on again across Krishna in Karnataka entails a dam of more than 22 meters in height, but has not divulged any data of submergence to either villagers or the Forest Department. 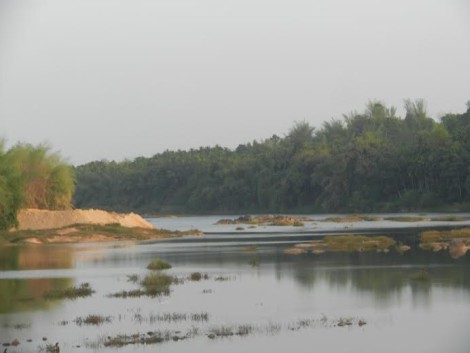 The issues are serious and have been raised by many. But as these projects fall outside the purview of the EIA Notification, none of their impacts are studied; neither do communities get a platform to record their protests. A study on the environmental impacts of renewable energy projects was much needed to address these issues.

Hence, it is all the more surprising, and disappointing, that the MNRE Report on impacts of Renewable Energy projects has chosen not to look at this sector at all. The report does not assess impacts of any such projects, neither does it offer any recommendations for this sector under MNRE. It only makes a sketchy study of wind and solar energy projects.

The report cannot be certified for accuracy either: it makes incorrect statements such as: "All hydroelectric power projects have to get environmental clearances under two categories: Category A if the project is above 50MW and Category B if capacity of projects is between 50 to 25 MW", effectively refusing to acknowledge hundreds of SHPs under the purview of MNRE which do not require any environmental regulation. The report also says "There are institutions and processes governing every operational aspect of RE project development and local institutions, in the form of democratic bodies, to safeguard micro level ecological and social concerns." This is patently untrue for SHPs, which are highly unregulated and non-participatory.

The Executive Summary of the report states that this study has been done in response to recommendations of the Western Ghats Ecology Expert Panel (WGEEP) report and the High Level Working Group Report on Western Ghats. But despite the fact that the WGEEP specifically banned SHPs in the Ecologically Sensitive Zone I, this report has chosen to turn a Nelson's eye to the sector.

The MNRE report is also entirely silent on Clean Development Mechanism applications of SHPs, which routinely churn out fabricated and incorrect information. CDM credits give projects additional pocketable profits, while the affected communities get unaddressed impacts.

The report ends with unacceptable conclusions and recommendations, the most surprising being: "The current regulatory mechanism is strong. No new changes are required in the legal framework or the governance structure to mitigate environmental and social impacts." It even pushes for a "fast channel for quick clearances". It says that environmental impacts of RE projects "are not significant" and social impacts of these are "not negative".

Report writers need to visit SHPs in Himachal, Uttarakhand and Karnataka where people have lost irrigation channels, water mills, plantations and even lives, when sudden water was released from projects in Bantwal, Karnataka. Sweeping conclusions and recommendations for the entire RE sector are highly problematic as impacts depend on specific sites and projects.

The report does include some welcome recommendations, such as increased participation of local communities affected by the projects in planning and decision making, clear guidelines to ensure that community welfare is not compromised due to RE projects, and on proponents' responsibilities in the zone of influence. It recommends zonation of projects into go-green (no objection), go slow and no-go areas for RE project development. These need to be implemented by the MNRE. If the report would have looked at the entire RE sector, it could have made more valuable observations and recommendations.

Having said what the MNRE Report could have underlined, it is also important to note that there is a very urgent need to bring projects between 1 . 25 MW under the purview of the EIA Notification 2006. Several representations and evidences later, it is clear that MoEF does not have the will to do so. It was expected that the MNRE would raise these issues, but if this report is an indication, this ministry too appears to be not too willing to face the challenges of SHP development, or regulate their impacts.

A submission has been made by 47 individuals and organisations across the country, urging the MoEF to include Small Hydel Projects under the ambit of the EIA notification 2006 as well as to the MNRE, to assess the social and environmental impacts of these projects which it supports. Signatories include eminent personalities like Former Water Resources Secretary, Dr. Ramaswamy Iyer; Former Ambassador of India, Ms. Madhu Bhaduri; Former Secretary of Power and Principle Advisor to Planning Commission, Dr. EAS Sarma; Former member of MoEF's Forest Advisory Committee, Dr. Ullas Karanth; Head of IISC's Centre for Ecological Sciences, Dr. TV Ramachandran; Head of People's Science Institute, Dr. Ravi Chopra; experts from the energy field, as well as activists, fisheries experts, scientists and most importantly, representatives of affected communities.

Lower installed capacity does not always mean lower social or environmental impacts. Targeted efforts are needed to assess, address and mitigate impacts. For this, the first step will be to acknowledge impacts, not brush them under the carpet. Globally, impacts of small hydro projects are being increasingly highlighted.

As India looks at expanding its renewable energy sector, it needs to make it truly sustainable and clean. The MNRE's efforts at addressing environmental and social impacts of renewable energy projects are welcome, but by refusing to acknowledge the impacts of Small Hydel Projects in its report, it reminds one of Nero playing his fiddle, even as the forests around him are destroyed in the name of clean energy.

Parineeta Dandekar works with the South Asia Network on Dams, Rivers and People.

URL for this article
http://indiatogether.org/hydroproj-environment