INTERNATIONAL PEACE FESTIVAL
New lease for documentaries
Film-makers are finding new ways to get around the difficulties of their new environment - the loss of state patronage, subtle self-censorship in the media, and the taboos of mainstream society. They're putting the new IT world to work promoting their films, and setting up their own events to find their audience. Darryl D'Monte reports.
09 December 2006 - 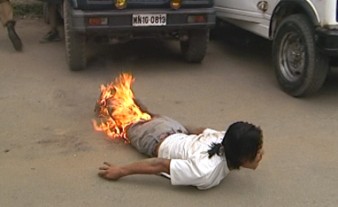 URL for this article
http://indiatogether.org/peacefest-media