URBAN ENVIRONMENT
Hubli's plant doctor
Setting himself a target of a thousand trees each year, Dr Mahantesh Tapashetti has greened his neighbourhood and surrounding areas in Hubli by himself. Many residents appreciate his work, and the Forest Department has been happy to support him, supplying trees for his care and planting them each year. Shree Padre reports.
23 December 2006 - 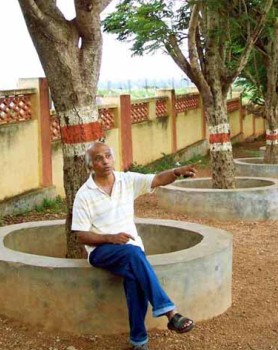 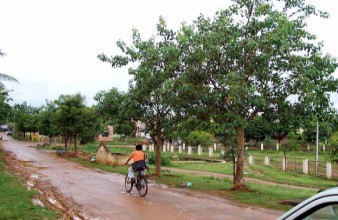 Shree Padre is a journalist with many years of experience in agricultural reporting. He is the author of several books, including one on rainwater harvesting, published by Altermedia. Dr Tapashetti can be reached at 79, 3rd Cross, Adarsh Nagar, Hubli 580032, or online at ashwini_sac@yahoo.co.in.

URL for this article
http://indiatogether.org/plantdr-environment