POWER PLANTS
Radiation looms over power plans
The National Green Tribunal orders a study of the threat of radiation near thermal power plants, potentially putting the brakes on a spate of project approvals by the Government. Kanchi Kohli reports.
10 October 2011 -

A recent report by Pune-based Prayas energy group notes that the Ministry of Environment and Forests (MoEF) has accorded sanction to 192,913 MW of coal and gas based thermal power plants across the country between 1 January 2007 and 12 May 2011. Another 508,907 MW are at various stages of the environment clearance process, as prescribed in the Environment Impact Assessment (EIA) Notification, 2006. What this report also says that these thermal power plants are largely concentrated in a few districts in the country, and not surprisingly these are places where most coal blocks are also located (see: this link).

One of the many projects approved in this spate on 4 January 2010 was the proposed 3X660 MW expansion of the coal-based thermal power unit at Koradi, in Nagpur district of Maharashtra. This is a state-owned project of the Maharashtra State Power Generation Co Ltd., which was incorporated on 31 May 2005 in an attempt to reorganise the Maharashtra State Electricity Board (MSEB). The Koradi power plant, first commissioned in 1974, is one of the four major power plants in the Vidarbha region of the state. The plant operates seven units and has a total power generation capacity of 1080 MW.

The proposed expansion of the Koradi plant was challenged by Krishi Vigyan Agrogya Sanstha, Hirwai, and the Vidarbha Nature and Human Science Centre, and also by concerned individuals Sukhdeo Sadashiv Bhoyer, Anand Jajodia, Govind Das Maloo and others. Their petition was filed before the New Delhi-based National Environment Appellate Authority (NEAA) soon after the project was granted approval.

The main argument of this appeal was the complete inadequacy of the Environment Impact Assessment (EIA) report based on which the plant was approved by the MoEF. It was highlighted before the NEAA that the EIA report has misrepresented the location of the project site, stating that it is 11 kilometres from the densely populated city of Nagpur. This distance was measured from Kodari village, and not from the actual project site. They further added that the pollution from the existing power plant is itself beyond permissible limits, and the addition of a large unit will only add to this.

The river Kolar, said the petition, which is just one kilometre away from the project site will have to bear the brunt of the added pollution. They added that the present site for expansion of the plant is neither technically nor commercially feasible, since coal has to be transported over 1000 kilometers (from Orissa) and power generated has also to be transmitted more than 1000 km.

The public hearing to discuss the project had been held far away from the impacted area, in the premises of Vidharbha Industries Association, making it an additional procedural issue of challenge. It was contended that this is against the requirements of the procedure prescribed for public hearings in the EIA notification, wherein it is clear that such hearings must be held in a transparent and free manner, and ensuring the maximum participation. 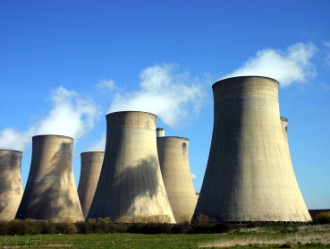 •  Here a plant, there a plant
•  Singed by coal and power

These arguments are quite similar to those made whenever EIA reports on the environmental impacts of thermal power plants are challenged. This petition, however, listed one more contention which gave it strength - the fact that the radiation impact from the thermal power plant was neither studied nor mentioned in the EIA report.

In October 2010, the NEAA was wound up, and its functions were taken over by the newly-constituted National Green Tribunal (NGT). The new body took a while to begin its work, and only initiated its hearings in July 2011. And the Kodari case too came up for review before the tribunal.

The inadequacy of the EIA report, and the distance of the plant from Nagpur city continued to be important points of discussion before the NGT bench. But additionally, Justice C V Ramulu and Dr Devendra Kumar Agrawal, constituting the bench that heard the arguments, keenly examined the evidence presented on the radiation impacts of thermal power plants. This issue had been pointed out by Sudhir Paliwal of Vidarbha Environment Action Group at the time of the public hearing itself, but his observation then had not been considered relevant by the project authorities as well as by MoEF's expert committee which had recommended the project for approval.

At the NGT hearing, the counsel for the petitioners, Ritwick Dutta presented several studies which highlight the fact that the radiation from thermal power plants can be much higher than even those from nuclear power stations. One of the papers filed before the NGT was from the reputed journal Current Science (Volume 100, No.12, 25 June 2011 - "Radioelemental Characterisation of Fly Ash from Chandrapur Super Thermal Power Station in Maharashtra", by Rajeev Menon, P Raja, Deepak Malpe, K S V Subramaniyam and V Balaram).

The paper reads that "Natural radioactivity due to the presence of 40K, 238U and 232Th was measured in fly ash samples collected from the economizer, aerator and electrostatic precipitator (EP) of the Chandrapur Super Thermal Power Station (CSTPS) using a NaI (Tl)-based gamma ray spectrometer. The study indicates an elevated concentration of these radionuclides, especially in the finer ash samples from EP, which may provide an exposure pathway through inhalation of airborne ashes and could probably cause severe environmental and human health problems."

A second article discussed at the hearing was from Scientific American, titled "Coal Ash Is More Radioactive than Nuclear Waste" (aee this link), which reported that "the waste produced by coal plants is actually more radioactive than that generated by their nuclear counterparts. In fact, the fly ash emitted by a power plant - a by-product from burning coal for electricity - carries into the surrounding environment 100 times more radiation than a nuclear power plant producing the same amount of energy."

While there could counter arguments to these contentions, the two-member bench felt that the aspect needs be studied in detail. On 20 September 2011, the bench, inter alia, directed the MoEF to initiate a long-term study on the impact of radiation from the Koradi thermal power plant. This part of the judges' order reads that the Ministry is to "... look into the matter as to long term impacts caused by nuclear radiation from the thermal power projects, by instituting a scientific long term study involving Bhabha Atomic Research Agency or any such other recognized scientific institution dealing with nuclear radiation."

It further directed that the study should examine "the cumulative effect of a number of thermal power project located in the area on human habitation and environment and ecology" (emphasis added), with respect to the present project site. This study would also need to take into consideration the health profile of the residents within the area in which the pollutants are expected to spread from the thermal power project.

Further, MoEF now has to undertake a process of getting a set of national standards prescribed (if not already available) from the Government of India's Department of Atomic Energy, within a period of one year from the date of the order. These standards will ascertain the permissible levels of nuclear radiation in residential, industrial and ecologically sensitive areas of the country.

In addition the Ministry was directed to ensure that radiation studies should be mandatory part of the Terms of Reference (ToR) for EIA studies when projects come up for screening during the first stage of the environment clearance process. This would be applicable not just to the present project but all others that come up for clearance.

Whether this will be applicable to the 508,907 MW of pending approvals at different stages, including grant of ToR one doesn't know. It entirely depends upon the seriousness the MoEF takes the issue at hand, and not just as matter or procedural implementation of the NGT order.

URL for this article
http://indiatogether.org/radiation-environment