Hardly has the ink dried on the Rio declaration, which was agreed to by some 193 countries, including over a hundred heads of state, including our own, that murmurs have begun to surface about the ineffectiveness of Rio+20. If anyone has to be blamed for its failure, it is not the UN process, which gave rise to such hopes with the first Earth Summit in 1992, but the intransigence of governments, especially our own, to take responsibility for preserving the environment. It is not because of Rio+20, but inspite of it, that very little was achieved.

In the virtual flood of information that one had to wade through at Rio+20, one nugget stood out. A report issued during the conference by the Worldwatch Institute in Washington DC, a global think-tank, in its Vital Signs series, revealed that many countries - including India - were investing in agricultural land in other countries to take advantage of cheap hectares and labour. Astonishingly, India figured third in the world among countries which have bought or leased land in other countries. Between 2000 and 2012, Indians had acquired almost 7.4 million hectares in 129 separate deals - for agriculture, forestry for wood or fibre, industries and mineral extraction, including petro0leum.

This new development was first reported in the mainstream media by Debarshi Dasgupta in Outlook magazine in its October 2011 cover story, titled "The New East India Cos". It focused mainly on Indian companies investing in Ethiopia: Africa, and eastern Africa in particular, is by far the biggest recipient of such investments.

By citing baseline data for the 12 years from 2000-2012 and released this April, provided by a coalition of 45 NGOs known as Land Matrix, Worldwatch has unveiled hard overall facts and figures for the first time ever of Indian companies investing abroad and also, somewhat paradoxically, India being a recipient of such investments. While Indians have bought or leased 7.4 million hectares of land abroad, the country has in turn sold or leased land amounting to 4.6 million hectares to foreigners, a difference of some 2.7 million hectares in outgoing investment.

In the Land Matrix database, for instance, one comes across an Indian company which has invested in 7,365 hectares to grow sugar cane in Cambodia. India is already the biggest sugar producer in the world, so it is presumably only the prospect of growing it cheaper there that has forged such a deal. Similarly, K S Oils, a leading edible oils company, has acquired 24,000 hectares, possibly for extracting palm oil, in Indonesia. Not that Indonesia should complain; that country holds the current world record for acquiring agricultural land abroad - 8 million hectares, in just eight deals.

The Aditya Birla group has made a major investment in 2006 over 50,000 hectares to grow eucalyptus in Laos, which will provide pulp for industries . Birla Lao Pulp and Plantations has similarly acquired 2,207 hectares in the same country for the same crop. 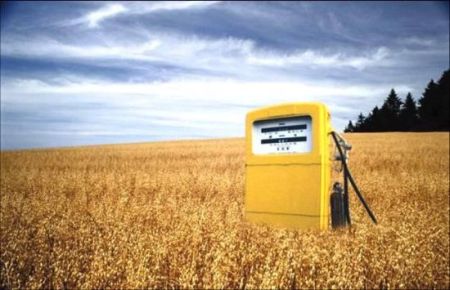 For some reason, Indian companies appear overly attracted to Ethiopia, as the Outlook cover story illustrated. Just 13 Indian companies and the Indian government itself have acquired almost 2.2 million hectares in just over a decade in Ethiopia alone. The Indian government has made the single biggest investment - a mind-boggling 1 million hectares for unspecified reasons. The next biggest is 600,000 hectares by major Indian steel producer Varun International, also for unspecified purposes.

According to freelance Goa-based journalist, Rahul Goswami, writing in 2010, Varun has been running an agri-business in Madagascar since 2008 to grow rice, corn and pulses. Varun's holdings are 232,000 hectares, according to a French language newspaper Le Courrier International. "Varun talks about a 'win-win' contract. The Indian company leases land to the peasants, they are compensated with 30 per cent of the paddy rice crop (unhusked) produced, after selling to Varun 70 per cent of the produce. But the increased income of farmers in Madagascar as claimed by Varun is challenged," the newspaper has reported.

It states that a collective "committed to defending Madagascar from agri-business projects brought by large foreign investors" has investigated Varun's methods. The agri-business investor first encouraged the formation of farmers' associations, which then gave up their lands on lease for 50 years. These associations then signed contracts in English with Varun after negotiations for the land that were rushed through in 15 days, and the farmers are bound by "a strict confidentiality clause".

The paper said the company's announcements of job-creation, new housing and public infrastructure have not been fulfilled. Moreover, the Madagascar collective charges Varun with adhering to a crop yield of 10 tonnes of paddy per hectare per year, which, it says, is "illusory", but which is the basis for a 70 per cent share of cultivated produce which, in effect, is "not even sufficient to meet the food needs of an average family of Madagascar".

Third in size, according to Land Matrix, is Karuturi Global Limited, with 300,000 hectares for oil palm, rice and roses. According to Indiainfoline.com, Sai Ramakrishna Karuturi, the Founder and Managing Director of Karuturi Global Ltd, is "widely regarded as the pioneer of cut flower revolution in the world. Under his dynamic leadership, Karuturi Global has become the world's largest producer of cut-roses by identifying Kenya & Ethiopia as a hub for cultivation and export of roses. Ram Karuturi was instrumental in acquiring 311,000 hectares of land in Ethiopia for strategic foray into agriculture production.

"Karuturi Global Ltd. was incorporated in 1994, it is today the largest producer of cut roses in the world, with are area of over 239 hectares under Greenhouse cultivation and an annual production capacity of around 555 million stems. An integrated production model encompassing in-house plantation, cultivation and distribution capabilities coupled with a series of green initiatives make us one of the lowest cost producer of cut roses in the world. Almost our entire produce is exported to high-value markets."

More modestly, the Mumbai-based Shapoorji Pallonji group, whose scion is about to head the Tata group of companies, has acquired 10,000 hectares of land in Ethiopia to grow a plant called Pongamia Pinnata, which is nitrogen-fixing and produces oilseeds. This is quite a departure for a company, the main interests of which is construction and real estate in Mumbai and other cities. Obviously, there is money to be made in such oilseeds, especially since the European Union has announced that from 2020, one-tenth of fuel used in transport has to be from renewable energy, which is why jatropha in particular is in such demand. Crops less in favour are soya bean, pulses and cereals.

The objection to such diversion of land is that farms otherwise used to grow food have been converted into either cash crops or industry or other infrastructure. The insatiable demand for biofuel led to this land speculation, which critics liken to neo-colonialsm, although of a more uneven kind, with India, for instance, both investor and itself being exploited by other countries.

As Land Matrix observes: "Demand for non-food crops such as rubber, fiber crops and jatropha is also an important driver of the large-scale land acquisitions. The demand for such crops has been a feature of economic relations between the global North and the global South since colonial times. According to the Land Matrix data, 37 large-scale land acquisition projects concern rubber production. Almost all of them (33) are located in South East Asian countries (the Philippines, Indonesia and Cambodia) and are managed by Chinese and Vietnamese actors.

"However, beyond this 'old' driver a new one is gaining prominence, the demand for biofuels. Rising fuel consumption and oil prices, growing dependence on imported fossil fuels and the energy policies of some developed countries are driving the development of biofuel markets. Among the crops used to produce biofuels, one of the most developed is jatropha. A lot of studies have emphasized the role of biofuels, particularly jatropha, in large-scale land acquisitions in Africa and Asia."

There is an ecological issue which is completely lacking so far in media exposes of these land deals, which an editor of the UK-based Journal of Peasant Studies has recently dubbed "green grabbing". This is the virtual export of water embodied in any agricultural or biofuel produce, which is exported out of the growing country.

A Land Matrix table titled "Water scarcity and water intensity of large-scale land acquisitions if implemented in investor countries" is highly revealing. A value of 1 indicates 100 per cent withdrawal of renewable freshwater resources (a value greater than 1 indicates non-renewable water use). The UAE tops the list of investor countries with a staggering index of over 20: it has been known to have the worst ecological footprint in the world, using productive global land and water resources up to 20 hectares (the number 20 is just a coincidence here) per person. It is followed by Saudi Arabia with a water index of 9.43. Dismayingly, India comes fifth, after Qatar and Egypt, with 0.40. In other words, 40 per cent of the country's renewable water resources are already being depleted.

URL for this article
http://indiatogether.org/rio-agriculture