NORTHEASTERN CINEMA
Telling tales from the Northeast
Shoma Chatterji writes about the challenges faced and efforts being made in the Northeastern states of India to encourage and support film making.
24 May 2016 -

Manipuri films are occasional and for the most part, Assamese and Manipuri films represent the entire Northeast of India. This is a misrepresentation because the cultures, the tribal minorities, the food and living habits and the cultural practices are different in each of these seven states.

Though many films in other languages and dialects such as Karbi, Mishing, Bodo, Garo, Rabha, Monpa, Kokborok, Sadri etc. have been made, these have been as rare as drops in the massive ocean that makes Indian cinema.

One reason for no theatres and production houses present in some of these states is the constant state of insurgency and conflict in these areas. In a brilliantly researched article, Unsung Script of the Northeastern Cinema, Priyanka Pugaokar (News Bharati, August 4, 2015) writes: “The Northeast is a soft target of militants. Strikes and blockades called by militant groups disrupt film production. Insurgent outfits do not oppose local films but they have banned the screening of Hindi films. Ironically, those militant outfits who ban Hindi films do not oppose Hollywood films.”

She goes on to add that because of lack of availability of resources, films production remains restricted to local level. The state government provides financial aid for film production. The movies are released through ‘mobile’ cinema format and shown in community halls through LCD projectors to small groups. Since the turnouts of these films are discouraging— some of the movies are released in DVD/CD versions.

Northeast faces acute shortage of equipment, finance, technicians, theatre and infrastructure. Most of the films are exposed, printed, processed and re-recorded at Kolkata or Chennai or Mumbai. These makes film production costlier than it is in other states. 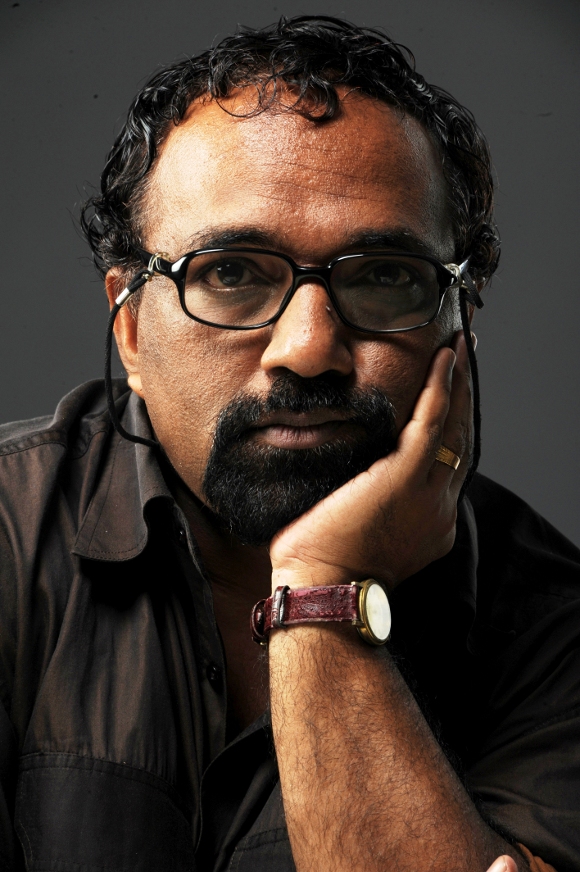 Within this ambience, Joshy Joseph, documentary filmmaker and Director, Films Division (FD), Eastern Region, managed to conduct a couple of film-making workshops in the Northeast with local participants. Though he is based in Kolkata for nearly two decades, his travels across the Northeastern states triggered the idea of these workshops in a world largely devoid of theatres, films and film-making. “I maintained a connect with the Northeast  over the years, and it has been a mutually respectful and warm relationship,” he says when asked how he broke the ice with these people who keep their emotions at bay through minimum facial expressions besides the language barrier.

He adds, “When film-makers would come and pitch their projects for Films Division, I found that a Northeasterner pitches from a lived-through experience, not from a mediated source. But the mode of cinematic expression had not evolved well due to lack of exposure. I gave a proposal to FD to conduct nine-day-long film-making workshops in all Northastern states by involving resource people from the film industry for sound, camera and editing, which got through. FD meets all the expenses of conducting the workshop and the local partners could be film clubs, state govt information and culture depts. or even universities. However, I may add that my experience of interacting with Tripura University was nothing short of a nightmare because its attitude was different.”

Anungla Longkumer, a participant from Nagaland, says, “My mother prompted me to join it. ‘In nine days’ time you will have learnt something,’ she said. The outcome of the filmmaking workshop was that three short films were made during the workshop and three of us were selected to present these six films made during the workshop at the recently concluded Mumbai International Film Festival.” 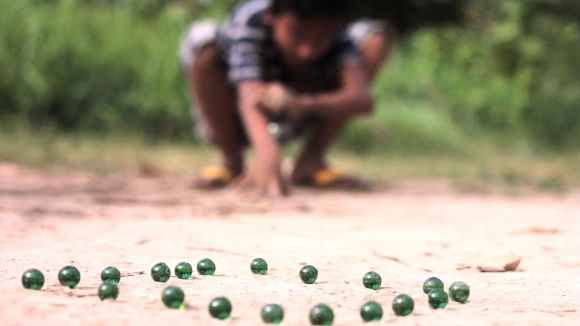 A scene from film Songs of Marbles. Pic: Joshy Joseph and FD Kolkata.

These films were Birth of A Poem, Tranquility, Songs of Marbles, Untitled, A Misty Voyage and Anungla all clubbed together under the title Tales from the North East. The films are very low key and subtle though they were made by men and women who had very little knowledge and exposure to cinema. They capture the beautiful landscape and hillscapes of the regions not for the beauty of the scenario but because they happen to be an integral part of their lives.

The time span of these films ranges from 42 seconds to 12+ minutes and yet they manage to tell a meaningful story that features the uniqueness of these unexplored people who reside in India and who we hardly know much about. The subjects and themes are diverse and different but there is this underlying unity in the thoughts that gets reflected in these films.

Untitled is about the implosion of a woman living in a man’s world. Songs of Marbles is a metaphoric representation of the menace of extortion in our society made by the participants of Dimapur, Nagaland. Anungla is an experimental, non-linear take on the film Untitled. It is like a self-reflexive narration by Anungla a writer, who also plays the protagonist in this sombre and serious film. 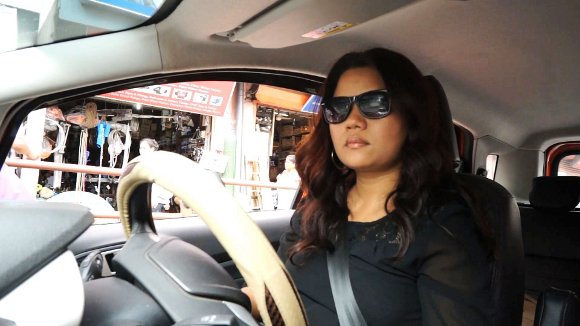 A Misty Voyage made by the mentors of the workshop was on the voyage of cinema in Aizawl in Mizoram where cinema theatres do not exist. Tranquility is a short celluloid statement on the city of Aizawl which is a ‘no horn’ city made by the debut directors of Aizawl. Birth of a Poem made by the participants of Silchar, Assam, creates a situation of a poet waiting at the bus stop for his lover and in the end, the muse arrives in the form of a poem.

Explaining the process of the workshop, Joshy says, “We invited applications through local newspapers from anyone who might be interested from any background – music, painting, literature, photography or just a burning passion for cinema. There was no age limit for applications. In Nagaland, we had one teenage student and a musician couple who are into their sixties. We divided the participants into two groups trying to balance their skills. Each group made two different films during the ten-day workshop – three days for ideation and planning, three days for shooting and three days for editing. On the tenth day, we screened these films to a larger crowd and distributed certificates of participation to the participants.” 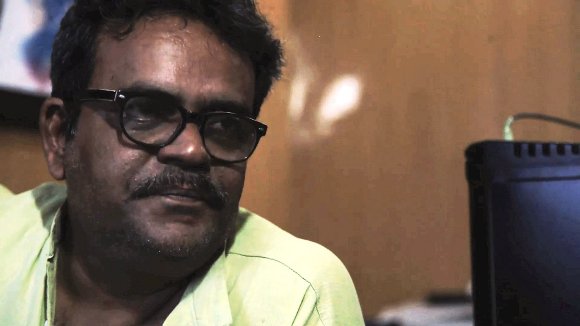 A scene from film A Misty Voyage. Pic: Joshy Joseph and FD Kolkata.

Adds Joshy, “We began with Mizoram in 2014 where no cinema theatres exist yet cinema viewing is a very strong entertainment source through local cable channels. They dub Korean serials and films alongside Hollywood and Bollywood films in Mizo language and watch them as if it is a Mizo experience.The film A Misty Voyage made by a faculty was based on this intriguing and unique experience of getting the original film dubbed clandestinely in a roughly set-up dubbing room with little elbow space. It was inspired by our direct experience of cinema as entertainment where no cinema halls exist. Each film was made by a group along with the teaching faculty, so it was a joint effort.”

What experience did the mentors, led by Joshy Joseph, bring back from the workshop? “The element of surprise thrilled us at every turn, while teaching them the elementary ropes, while interacting with them, getting three films instead of two which reflected the enthusiasm of the participants, these were the thrills that invigorated the faculty. It is a discovery which is a journey together of realising something on film and assess our achievement dispassionately in the end. In other words, the journey is a passionate one but the debate is dispassionate. The distance between the “other” and we gets that much more connected through the bridge of cinema, I should say.” explains Joseph.

Anungla has the last word. “There are many, many stories that need to be told, from the Northeast in general and our home state Nagaland in particular. After being recognized by the festival for our first try, we feel encouraged. Many ideas are already brewing in our heads. I hope for more support to come our way so that we can establish this art form in Nagaland, for us to become skilled and take it forward in the best possible way.”

URL for this article
http://indiatogether.org/telling-tales-from-the-northeast-media