AS INDIA VOTES
Could Modi be a development disaster?
If the cost of ecological damage and social deprivation are accounted for, Narendra Modi will only be half as tall as he is made out to be, says Ashish Kothari, issuing a grave warning.

As real as the fears of Narendra Modi being a socially divisive Prime Minister are the dangers of his brand of development. In a recent campaign speech in Goa, Modi declared that if he becomes PM, he will ensure that mining is re-opened in the state; never mind the fact that it is the Supreme Court that has stayed it, due to its severe impacts on water, environment, and people’s livelihoods.

In fact, Modi’s tenure as Gujarat Chief Minister has been marked by a spate of such decisions with scant regard for either nature or for the poor, and a disdain of democracy. His penchant for mega-follies, such as the Rs. 2063-crore statue of Patel that he is getting installed by the Narmada river, only make the prospects of his taking over the country’s reins that much more scary.

The UPA’s record is not particularly positive, what with nearly 2.5 lakh hectares of forest land having been diverted in just a decade for such projects and continued forcible acquisition of land resulting in dispossession of farmers, adivasis, fisherfolk and others. Communities, people’s movements and NGOs are up in arms over the rapidity with which the Union Environment minister, Mr. Moily, has given environmental and forest clearances to mining, industrial and infrastructural projects. But even this vast scale of social and ecological disruption could be overshadowed if Modinomics is given free rein.

If anyone still has doubts that sacrificing the environment for so-called development is justified for a country like India, look no further than a recent report by that most aggressive promoter of the current model of development, the World Bank. It estimates that the environmental damages India is subjected to, such as disease caused by air pollution, knocks 5.7 percentage points off its economic growth. 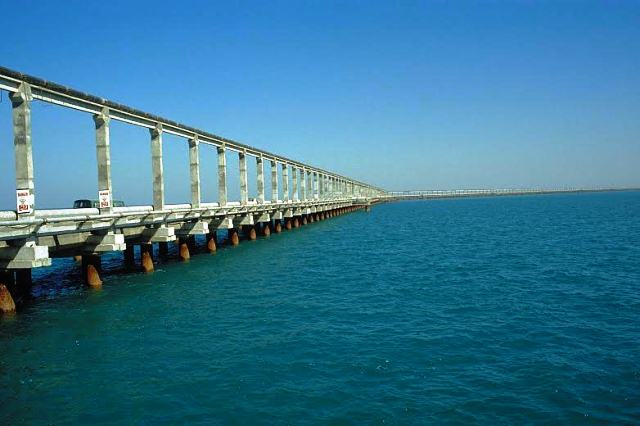 Given that growth in the last few years has not been much above this, and that the Bank report accounts for only some of the many kinds of damage, it is more than likely that even by measures of conventional GDP indicators, the economy is on decline. Not to mention that hidden in these figures is the horrifying and incalculable socio-cultural impact of displacement, dispossession, disease, premature death, malnutrition, and loss of employment that such damage entails.

The Gujarat model is a classic example of all this. In a recent report, labour and environmental activists Rohit Prajapati and Trupti Shah have laid bare the ecological and social impacts of Modinomics. To be sure, they have been outspoken critics of the excesses of past regimes too. Their analysis of the government’s own records show seriously inflated figures of new employment creation, chronic underpayment, deliberate dispossession of farmers to create a mass of cheap labour for industries and coercive land acquisition. Both Prajapati and Shah are based in Vadodara, Gujarat, and members of the organisation Radical Socialist.

According to Prajapati and Shah, Gujarat today has 30 per cent of India’s major “accident hazard” industries and over 4500 hazardous chemical factories. Moreover, Anklesaria and Vapi in Gujarat have topped India’s ‘critical polluted areas’ list in 2009, 2011 and 2013.Yet, as the duo found out from information generated using the RTI Act, there is as yet no disaster emergency plan, and the Gujarat State Disaster Management Agency (which has the Chief Minister as chairman) does not even have consolidated information on the industries. So much for Modi’s much-touted efficient governance!

To add to this is the evidence of the poor state of health and education in the midst of the so-called Gujarat miracle. It has abysmally high school dropout rates (58 per cent), especially amongst adivasis (78 per cent) and Dalits (65 per cent), and it scores low on a number of health indicators. That is not surprising perhaps, given that its expenditure on education and health is significantly below the national average.

There is a serious neglect of the poorer or socially marginalised regions of the state (with northern Gujarat and tribal areas being the most neglected) and of already marginalised sections like Muslims. This does not even factor in the ill-health being caused by chemical and other forms of pollution. The fact that Modinomics has been particularly iniquitous and socially disruptive is laid out in great detail by a number of analysts in the book Poverty Amidst Prosperity: Essays on the Trajectory of Development in Gujarat, edited by Atul Sood.

Modi’s developmental paradigm includes sidestepping all norms to make land and water available to corporates such as the Adanis, Reliance and Tatas, including environmental clearances based on flimsy impact assessment, hugely subsidised land and resource allocations, and forcible land acquisition. It also has more than a touch of megalomania. 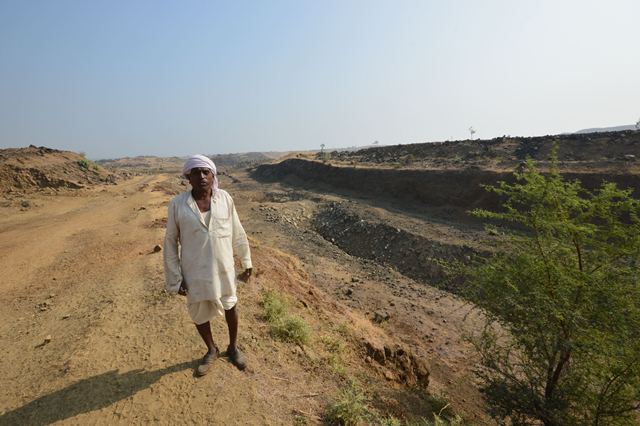 His plans for the Patel statue are symptomatic; envisioned as the world’s largest (and possibly the costliest too), the tourism associated with it will take away lands, water and other resources of 70 villages. A substantial part of this is adivasi agricultural land, and the state government has created a Kevadia Area Development Authority with special powers to acquire such land or declare it non-agricultural.

Then there is the Kalpasar project, in which Modi wants to dam the Gulf of Khambhat to create the world’s largest freshwater reservoir, purportedly to fulfil the state’s water needs. Apart from the colossal social and ecological costs of such a project, this completely ignores much cheaper, more sustainable, and more democratically managed alternatives to water security such as those demonstrated by civil society groups in Kachchh and Saurashtra.

It is unlikely that Modi will change his developmental outlook should he take the seat in Delhi. He will instruct the Ministry of Environment and Forests (MoEF) to carry on Mr. Moily’s good work of clearing every project that comes its way and if some of the environmental laws that people fought to get in the 1980s and 1990s seem to be in the way, he will initiate measures to dilute them. This has in any case been the trend since economic globalisation was introduced into India and Modi will take it much further.

It is also possible that some of the progressive rights-based legislation and programmes that the UPA brought in, largely due to civil society initiatives it was open to, will be modified. Activists in Gujarat report that there is an atmosphere of intolerance and authoritarianism that discourages ay form of dissent. A fifth of the murders of RTI activists in the country in recent times, have taken place in Gujarat; one of these was of environmental and social activist Amit Jethwa, who had exposed the links of BJP MP Dinu Solanki with illegal mining near Gir forest.

According to Prajapati and Shah, when villagers and activists announced a peaceful protest against Modi’s visit to the Narmada river to ‘break the ground’ for the Patel statue on 31 October 2013, they were detained and told that no-one should speak out when the CM is there.

Earlier in 2013, a public hearing for a proposed nuclear power station in Bhavnagar district was held under heavy police bandobast, in an atmosphere of repression and fear. Protests by fisherfolk, farmers, adivasis, marginalised people in villages and cities who are being displaced or whose lands are being taken away to be given at a pittance to private companies have been ignored or ruthlessly quelled.

Across India, many of the struggles for rights-based laws, such as the Right to Information Act, have been driven by citizens asking for greater voice and more direct democracy. If Gujarat’s record is an indication, it is likely that such struggles will be dealt with harshly by Modi as PM.

In respect of all the above, particularly the model of globalised ‘development’, Modi and the BJP are no different from other mainstream political leaders and parties. They perpetuate a longer history of appropriation and centralised control of land and natural resources (which saw the biggest thrust during colonial times) and build on the blind adoption of the western model of development by our leaders since independence. But Modi’s combination of undemocratic functioning, megalomania, faith in big private corporations, and social divisiveness could take the destructive model to new heights.

Modi will also accentuate further the utter disregard for alternative forms of well-being that have characterised previous regimes. India has thousands of on-ground practical alternatives, such as sustainable agriculture and forestry, rural and urban small scale manufacturing, crafts-based jobs, artisanal fisheries, localised service sector employment, decentralised water harvesting and energy production in villages and cities, direct self-governance by gram sabhas and struggles for social justice for women, Dalits and others, among many more. Several of these are in Gujarat, and a small sample can be seen at www.vikalpsangam.org.

Perhaps those who will cheer most if Modi becomes PM are the corporate sector and a part of the upwardly mobile middle classes. To them, people’s struggles for justice, movements by the poor to resist displacement and land acquisition, and environmental activism are all ‘hurdles’ to the profits and prosperity they dream of.

Some of UPA’s rights-based legislations, the revision of the Land Acquisition Act, or moves by individual ministers, such as the conscientious current Minister for Tribal Affairs, have also alarmed these sections. These are seen as brakes on India’s ascendance to global superpower status.

It is of little consequence to these supporters of the globalised growth model that it has created almost no net growth in employment in the formal sector, has left well over half the country’s population in poverty and ill-health and that it is undermining the prospects of healthy, decent living of future generations. This has been analysed in great detail in Churning the Earth: The Making of Global India (Viking/Penguin 2012).

Unfortunately, it is possible that large parts of even other classes will vote for Modi, dreaming of reaching the same status as the 10 per cent of Indians who own 53 per cent of its wealth today. That will be a colossal folly, for in such a model of development, these dreams will only become nightmares, just as they have wherever it has been imposed by whichever party in power.

And so, the final question: who then does one vote for? The UPA has unfortunately not shown itself to be particularly respectful of ecological issues, social and economic equity, or the needs of dignified employment (though one must not deny their contribution to rights-based legislation and programmes). The Aam Aadmi Party shows some promise of a different kind of politics and economic strategies that may benefit the ‘common’ person, but with no policy statement or manifesto till now, it is difficult to gauge.

Separately, I have written how all this makes it imperative to make national elections far less consequential than they are now. But that's in the long run, and one needs to decide on the upcoming elections. All I can say is that most constituencies are likely to have at least one person who is known to be honest, has worked his or her way up through social causes, and is upfront in defending sustainability, social justice and secularism. Let us hope that enough such people enter Parliament, so that irrespective of which party forms the government and who becomes the Prime Minister, no one shall have the free rein to ruin the country through short-sighted policies and sell-out to corporations.

1. The Statue of Unity Project

3. Laboratory of Fascism: Capital, Labour and Environment in Modi’s Gujarat

5. Gujarat and the illusion of development

Ashish Kothari is with Kalpavriksh, Pune.

URL for this article
http://indiatogether.org/could-modi-be-a-development-disaster-government