Corporate interests rise above all

Despite privatisation in the power sector, consumer interests are professed to be safeguarded through competitive processes and independent regulatory authorities, but a recent order in favour of Adani Power Ltd. dents such assertions. Shripad Dharmadhikary analyses the implications.

Ever since India opened up its power sector in 1991 for large scale privatisation, there have been serious concerns that the process has largely privileged big corporate interests over those of the common people and consumers of electricity.

These apprehensions have once again reared their head with a recent (majority) order of the Central Electricity Regulatory Commission (CERC) in the Adani Power Limited case.

In spite of the complicated legal and financial nuances, in its essence, the matter is fairly straightforward: 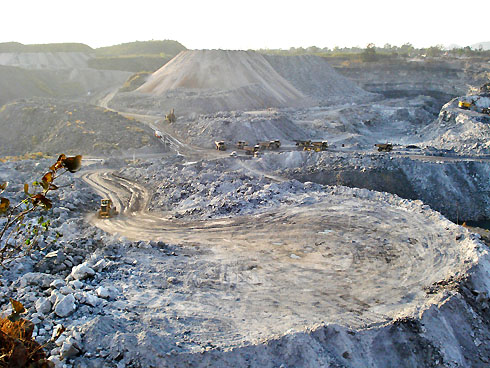 The bids had been invited under the so called Case 1 bidding framework. In this, the procurer only states how much power it wants. It is entirely up to the generating company to decide the location of the plant, which fuel it wants to use (coal, hydro, gas etc.), which technology it wants to use and so on. In particular, the source, procurement and transport of the fuel are entirely the bidder’s (generating company’s) lookout and responsibility. Further, this is a tariff-based bidding process, that is, the bidders are to state the tariff at which they will supply the electricity, given all other requirements of the procurers. The bidder with the lowest tariff wins the bid.

In this case, APL decided to choose coal as a fuel. Further, the bidder had two clear options while bidding. In one case, they could choose to quote the tariff as escalable tariff, that is, if the price of the fuel went up during the duration of the contract, then the tariff would also rise as per a pre-determined formula indexed to the rise in cost of fuel. In the second option, the bidder could quote a fixed tariff that would remain constant over the 25 years of the contract. The bidder could also quote a combination of escalable and fixed bids.

APL chose the second option, quoting a completely fixed tariff. In effect, it chose to take on its shoulders the burden of any increase in the cost of coal or the increase in dollar exchange rate (in case of imported coal) and protect procurers entirely from the risk of rising coal prices.

Such a decision immediately raises the question - why did a company that has been active internationally, is a well-established player in the market and knows well the ups and downs of the trade opt to quote a fixed rate for such a long-term contract? While it is not possible to know what was in the minds of those running the company, it seems clear that the underlying motivation was to bid aggressively so as to win the contract.

Initially, APL had a commitment from GMDC who was to supply it with coal from its Morga mines (at that time, the Adani plant was to be in Korba), and MoUs with two international firms. The agreement with GMDC fell through (the matter is currently in the Supreme Court), and the MoUs with international companies were terminated after the award of Letter of Intent for the GUVNL bid. Instead, APL signed a coal supply agreement with its parent company Adani Enterprises Limited (AEL) who in turn had coal supply agreements with other companies. At least some part of the coal was to come from mines in Indonesia, in which AEL itself had 74% holding.

APL presumably felt that this arrangement - including procuring at least a part of the coal from its own mines â allowed it to get coal at lower prices and at prices low enough to supply power to GUVNL and Haryana Utilities at the quoted rate. But on 23 September 2010, Indonesia passed the “Regulation of Ministry of Energy and Mineral Resources No.17 of 2010,” which made it mandatory for anyone selling coal from Indonesia to sell at the benchmark price to be set by the Director General which effectively indexed it to the market price.

APL claims that this made the coal for their Mundra plant very expensive, and it has become unviable for them to supply power to Gujarat and Haryana at the rates which they had quoted initially. They asked the states to revise their tariffs. When the state refused, they went to the CERC, which is quasi-judicial in nature. CERC, after hearing the matter has issued orders on April 2, 2013.

CERC in its majority order found that the legal grounds to re-open the tariffs did not hold. Yet, it held that APL “is suffering on account of escalation of sudden increase in coal price subsequent to the promulgation of Indonesian Regulations and... deserves to be compensated to make the project commercially viable to operate and supply power to the respondents [GUVNL and Haryana] in terms of the PPAs [Power Purchase Agreements].”

While the CERC Order does require that the profits from such an excess revenue of Adani’s Indonesian coal mines be factored into the compensatory tariff, it is difficult to visualise how the committee will force the coal mining company located in another country to submit all its accounts and records, and how the committee shall ensure that they represent the true picture. In fact, one of the reasons behind the introduction of tariff-based competitive bidding is precisely to avoid such difficult scrutiny.

The Order by one member of the CERC dissented against these findings and held that no such compensation needs to be paid. In effect, the majority Order has held that even though APL knowingly took the risk of coal prices increasing over the years when it bid fixed tariffs, it now needs to be relieved from the burden of that risk. It may be mentioned here that while the Indonesian Regulation was promulgated in 2010, it had been under discussion since 2007 and there were clear indications of what was likely to come. Since the Adanis have been active in Indonesia well before 2007, it’s difficult to see how they could be unaware of the likelihood of such a regulation coming in, and the risks it would entail for their coal imports to India.

To understand the significance of this order, a little bit of background might also be useful.

The Evolution of the Liberalised Power Sector

When the power sector was opened up for private participation in 1991, the first step was to allow private companies to set up thermal and hydro power generating stations. The process was mostly in the nature of a free-for-all, with states signing MoUs with individual companies directly, without any competitive tendering processes, and the terms and conditions being decided on a one-to-one basis between the governments and the private companies. Naturally, there were huge opportunities of rent-seeking and a large number of MoUs were signed, with companies having no experience in the power sectors also joining the bandwagon.

Another problem was the method of determining the tariff, which was mostly done through the so-called “cost-plus” method. In this, the company was to be reimbursed for all its costs, and an additional amount for profit. This raised the spectre of massive cost padding, cost rigging with collusion between officials and company, and required, at the least, an elaborate and expensive mechanism to monitor the costs.

The results of all this were MoUs that were extremely skewed to benefit private companies and extremely high power tariffs. Not surprisingly, many of the projects were mired in controversy. The best known example of this is probably the Enron project in Maharashtra.

In subsequent years, there were efforts to create a better process, one that was to be based on creating a free, fair and competitive market, for that was seen as the means to arrive at optimal economic efficiency and also weed out corruption and rent seeking opportunities.

The efforts culminated in the Electricity Act of 2003. The Act did include some form of cost-plus tariff setting, but this was to be done now by independent regulatory commissions, to be established in each state and at the centre (the CERC). However, any cost-plus approach involves the monitoring of many parameters and so the Act also provides for a process of tariff setting through competitive bidding. In fact, the Act requires that any tariff arrived at through a competitive bidding process carried out as per the guidelines has to be adopted, as it is by the Regulatory Commission. The APL tariff falls under this category.

Implications of the Order

The CERC (majority) Order in the APL case is nothing but a post-contractual reopening of the bid, even though it tries to say that it is not reopening the bids, but is only granting compensatory tariff for a limited period till the cause of the problem remains.

The Order says this in so many words: “74. The principles that emerge... is absence of a clause for price escalation in the contract cannot be the ground for denying the compensation on account of actual expenditure on account of price rise. Therefore, if the actual cost of production of electricity goes beyond what was agreed in the PPAs, compensation should not be denied merely on the ground that there is no provision in the PPAs.”

One of the serious implications of this Order is that it will encourage companies to go for aggressive bidding to win contracts, quoting terms that they never intend to fulfil, and then push for post contractual renegotiations on the grounds that the project is unviable. This will render the competitive bidding process meaningless. Competitive bidding will lose its very justification, that it leads to lowest tariffs and the best economic efficiency.

The process of post contractual renegotiation will also be unfair to the other companies who had posted the losing bids, as they were evaluated against terms quoted by the winning company which it never intended to keep. Of course, it’s a moot point whether other companies will want to question this unfairness, as it may work in their favour in some other case.

For example, a very similar order has been passed by the CERC in another matter involving the Tata power plant at Mundra, Kutch. In that case, while Tata Power Company Limited had won the bid, the next two lowest bidders were Reliance Energy Generation Ltd and Adani Enterprises. Clearly, Adani would have little incentive in urging that the process is unfair, as it has itself been the beneficiary of a similar Order. Reliance, on the other hand, also finds itself in a similar situation in another case, and hence is not likely to challenge the same. In a competitive and free market, the various market players are supposed to keep a check and balance on the other players, but the Indian market seems to be becoming one where it is in every player’s interest to maintain distortions.

At the same time, the most impacted will be the ordinary citizen and consumer, who would have little say in the matter, but who would be (or, is being) assured all the time that there is a competitive market arrangement to help harness the strengths, efficiencies and resources of the private sector. Reality, however, is that it is more a facade shielding a structure that seems to be increasingly facilitating the interest of the big corporates.