Tripura’s revocation of the AFSPA is certainly a positive move from a human rights perspective. But it leaves unaddressed the issue of justice for those whose lives were torn apart by the excesses under the Act, writes Anjuman Ara Begum.

The withdrawal of AFSPA from North East India is long overdue. Tripura, however, has set the precedent now and this may be a ray of hope for crusaders such as Irom Sharmila, who has been on a hunger strike over the last 15 years, demanding the repeal of the Act in her home state of Manipur.

While the decision in Tripura has been justifiably hailed, an overarching question continues to loom over the subject: Who will ensure justice for all those who suffered because of AFSPA?

It was 2009, when I first travelled to Tripura along with my mentor colleague Ram Narayan Kumar to get a firsthand experience of AFSPA as practiced in Tripura. It took us just a few days to discern the deep fear psychosis that had been created among the indigenous populations due to increasing militarisation and a culture of impunity inherent in the exercise of the Act. Tripura has not received enough attention in the campaign for repeal of AFSPA in the north east, a campaign that has focused largely on the narratives of Manipur and Nagaland.

My visit to Kutnabari village was particularly moving. Poignant tales of injustice abound in Kutnabari in West Tripura District, a village that is inhabited by about 195 families comprising about 500 members. Villagers tell me that Christianity was embraced by a section of the community in 1994-95, primarily to escape the rigid and rigorous Hindu culture and caste system. Today, 150 members belonging to nearly 30 families are Christian, while the rest practice an indigenous faith known as Goria.

The villagers are largely dependent on natural resources such as bamboo and agriculture constitutes the main source of livelihood. While electricity has reached the village, one has to walk a long distance to fetch a bucket of potable water. A deep well bored by a local self help group is the only source of safe drinking water. However, the quantity of water that it yields is not sufficient to quench the thirst of the whole village.

On 6 November 1996, state security forces under the Tripura State Rifles (TSR) set fire to the village. TSR was formed in 1994 to ‘meet the challenge of growing insurgency’. Villagers are visibly shaken to this day, as they narrate their horrendous experiences on that day of arson. 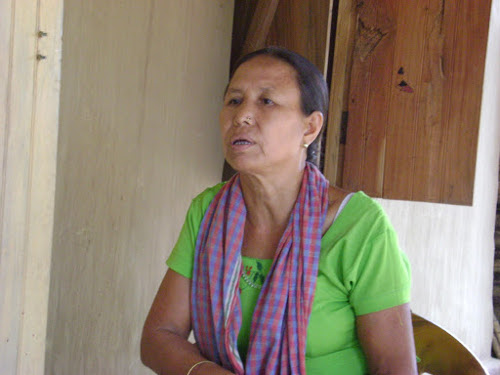 Parvati Debbarma is a middle aged woman from the village, who has two sons and a daughter. Her eldest son is about 26-27 years old and the younger son is 24-25 years; the latter works as a computer operator while continuing his studies. At the time that I met Parvati, her teenage daughter Lily was to reappear for her class XII examinations again, after several unsuccessful past attempts. During our brief visit, however, we found that the girl was busy helping her ailing mother with household chores.

Parvati remembers that day vividly. Her sons were away at a boarding house in the city. Lily had returned from school and the single mother was preparing to serve food to her daughter. All of a sudden, the situation changed to a nightmare.

In Parvati’s own words, “Suddenly I heard sounds of firing, people running around, and saw flames of fire. A group of school students came running towards my house and asked me to close all the four doors and windows of the house. As I rushed to shut the windows and doors, I saw members of the TSR loitering here and there and shooting indiscriminately in all directions. They shot at my neighbour Mohan Chandra’s house. Soon, the members of the force entered my premises and broke open the door. Lily and I managed to escape through the door at the back to save our lives.”

Parvati had not been keeping well and couldn’t run fast; she fell in a drain holding Lily’s hand. From there, she could see her house in flames. About 40 thousand rupees that she had received as her deceased husband’s pension had been safely stowed away in the cupboard; all of it was reduced to ashes in minutes. She heard TSR members yelling and believes that she can recognise their faces even today though she does not know their names. 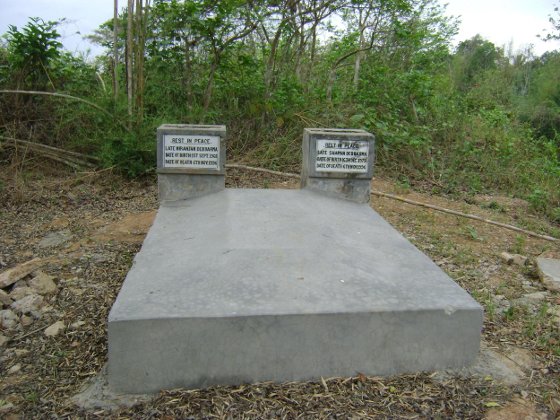 Two other villagers, Swapan Debbarma and Niranjan Debbarma, were shot dead in her courtyard, as she came to know later. Their bodies lay over the bamboo piles for a long time in the courtyard. Parvati’s uncle Baishak Debbarma from Borkathar village was returning home after selling vegetables in the market and was brutally beaten by TSR.

She doesn’t remember how long she lay unconscious or semi-conscious in the drain that day. It was her part time servant Rana Debbarma, who rescued her. Rana pulled her out of the drain.

The TSR personnel had directed all villagers to gather at the village school compound by then. Parvati managed to reach there. From there, she was immediately rushed to her maternal house and eventually taken to a local hospital. As her condition turned critical, she was referred to the G B Hospital in Agartala, where she was treated for a week.

However, here too, she was forced to cut short her treatment. The state government announced that those who demand compensation for their burnt houses must reside at those addresses, ruined as the houses may be, in order to be included in the beneficiary list.

Parvati came back from the hospital and began staying at the site in order to avail the compensation amount. She had had three beds, 45-50 thousand rupees in cash, furniture, utensils, and a dining table, all of which had been burnt down. Compared to what she had lost, the compensation of Rs 30000 received appeared to be mere pittance.

For Parvati, life never returned to what it had been before. The trauma of seeing her house burnt to ashes before her eyes was unforgettable. She migrated to Agartala and when I met her, it had been close to 9 years since her migration from her Kutnabari. Thoughts of that day trouble her every moment and make her dizzy. She depends on sleeping pills and anti-depressants for sound sleep. Any sight of TSR members in uniform reminds her of the ordeal.

But even after all this, Parvati considers herself ‘lucky’ as she is still alive. The two youths killed in her courtyard were not so ‘lucky’. Budhi Chandra Debbarma, a school teacher and brother of those two youths, struggles with deep frustration and grief as he remembers the incident.

Sitting in a wooden bench in the courtyard and offering us betel nuts, Budhi says he was in school around noon, when he heard sounds of gun shots. Soon, cries of people filled the air and villagers were seen running in all directions. Even before he understood what was happening, Budhi started running for safety. When he returned home after a few hours, his house had been completely devastated.

Nobody has any clue as to what provoked TSR personnel to target them and the villagers. Budhi’s family took shelter in a neighbour’s house while members of TSR picked up his two brothers, Niranjan, an assistant school teacher and Swapan, a student.

Eye witnesses from the village say that TSR members dragged them to a nearby bush and burnt their faces. They were taken to the village Baptist church, which shared the same courtyard as Parvati’s house, and were shot dead there. The brothers were Christians and killing them in front of the church was a pre-meditated act.

Villagers filed an FIR later. There were protest meetings and road blockades when TSR officials and ministers arrived in the village. Budhi Chandra and his father Chandra Mohan Debbarma were called by police for interrogation and were directed to attend police station regularly. The investigating office was absent on most of these occasions and soon afterward, Budhi stopped visiting the police station in the hope for justice.

The family was paid one lakh rupees as compensation by the government for the killing of two youths and another Rs 30000 was given to them to rebuild the house. But these measures failed to rebuild their lives. Budhi says, “Our lives were ruined by the incident. My father and a brother Dilip died early due to depression and trauma. My mother behaves like a mentally ill person and doesn’t talk to anyone.” 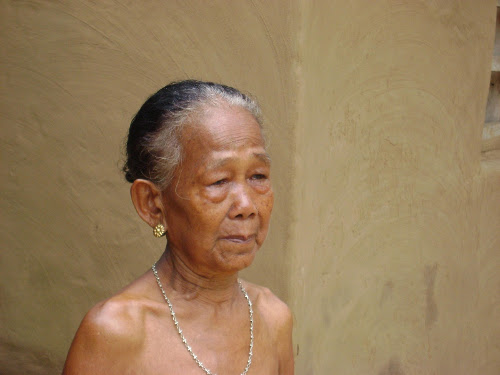 Mother Mongoli Debbarma stopped talking to anyone after the death of her two sons. Pic: Anjuman Ara Begum

Like Parvati, Budhi Chandra too longs for truth and justice. But the fear of state repression keeps him numb. Over the years, he has resigned himself to the fact that justice is difficult and impossible. In fact, as we leave, he shakes our hands and says, “I don’t want to pressure the human rights defenders for justice they are often targeted by the state.”

On repeated visits to Tripura thereafter, I heard many similar narratives. The counter insurgency operations in Tripura were heavily dependent on the TSR along with the armed forces. This has now been termed by the defence experts as a ‘successful strategy’ to counter militancy.

So many years later, even as Tripura ushers in a new dawn of hope by withdrawing the AFSPA, I am disturbed by the limitations of law to provide redress and remedies to those who continue to suffer in invisible pain and fear psychosis. The question remains the same: Who will ensure justice for them?

URL for this article
http://indiatogether.org/quest-for-justice-continues-in-tripura-laws