Patterns from the past

The current crisis has some striking similarities with the fallout in India of the Great Depression of 1929-1933. Indian farmers were pushed deep into debt, and the overall economy suffered, recalls Kannan Kasturi.
11 December 2008 -

The global economic crisis has been with us for 3 months now. This period has seen the rapid withdrawal of foreign investment from the stock market and the drying up of foreign direct lending to and investment in Indian companies, leading to a general credit crisis. There has also been other fallout, such as exposure of the shaky base of our real estate industry. But all this is well known.

The 'captains of industry' - the heads of large companies, banks and industrial groups - have been vocal in pointing out what the government must do to help their companies remain profitable. The mainstream media has devoted itself to espousing their cause. And the government has more or less followed the line, with policy measures to assure credit availability, lower the cost of credit and provide concessions by dabbling with excise and customs duties. All of this is well known too.

There is, however, another side to the crisis that has not received much attention, particularly in the electronic media. Exports have been steeply declining from September onwards. Exports during October 2008 were 12 per cent lower than a year ago, witnessing a decline for the first time in 5 years, due to the sharp economic slowdown in the west. A significant part of these exports are of agricultural commodities and products of labour intensive sectors - textiles, garments, handicrafts, leather goods, gems and jewellery. These falling exports affect a large number of producers.

The textile and clothing industry employs 35 million workers, second only to agriculture in terms of employment. Over 50 per cent of textile products manufactured in the country are exported. The Confederation of Indian Textile Industries reports that the decline in exports has already resulted in 7 lakh workers losing jobs, and 5 lakh more would be retrenched by end of March 2009. Currently, it is projected that exports of garments during this financial year will be 10 per cent lower than the last year.

The Gems and Jewellery Export Promotion Council reports that the total gem and jewellery exports were 16 per cent lower in October compared to the same month a year earlier. Handicraft exports have also been hit, resulting in the loss of over 5 lakh jobs. Initial estimates show that exports declined by over 30 per cent in the period April-October 2008 compared to same months last year.

These are just a few examples to illustrate the depth of the crisis. It must be remembered that these are still the early days. If the recession in the developed countries turns out to be long drawn out, as is increasingly being feared, the job losses in India will multiply. The industry associations have appealed to the government for support by making credit available on easy terms, by sale of raw materials at lower prices, by introducing favourable excise and customs duties, etc. Additionally, they have cut down production and retrenched workers.

The crisis is not confined to industry. Agricultural exports (which formed about 12 per cent of the total exports in 2007) have been badly hit by rapidly falling prices and depressed international demand. Key agricultural commodities exported from India include rice, cotton, oil meals, sugar, spices, tea and coffee. India is also the third largest producer of cotton in the world, and exports of this too are predicted to be much lower than last year. Sluggish demand for apparel in the US and Europe has forced China (a key supplier) to cut down imports of raw cotton from India. Lower demand for cotton has resulted in lower prices in the international market.

Export of oil meal (oil cake) has shown a sudden fall beginning in September 2008 compared to a year earlier. The fall is due to lower demand from China as well as other Asian countries. Oil meal exports for the month of October fell by more than 40 per cent from the same month last year, according to the oil extraction industry association.

International rice prices have fallen by nearly 40 per cent from the April-June period till early November 2008. A further fall is expected with the arrival of the next crop in Asia in the last months of the year. Exports of non-basmati rice from India are currently prohibited. 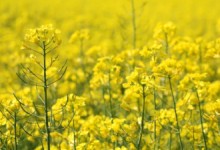 The full effects of falling prices of agricultural commodities due to lower exports and cheaper imports will hit farmers over a period of time.

International coffee prices fell by 17 per cent in the two months September-October 2008. The quantity of coffee exported during the year up to October 2008 is nearly 8 per cent lower than during the same period a year ago. In specific regions, the impact of this could be severe. For instance, Karnataka is the major coffee producing state in India and has 70,000 coffee planters who employ a workforce of 2.6 lakhs. Seventy per cent of the state's coffee produce is exported.

The falling exports of agricultural commodities and their falling prices in the international market have in turn resulted in falling prices in the local market too. In the case of cotton, for example, market prices have declined by around 40 per cent for some varieties in just the one month before 15 October, and are now below the minimum support prices offered by the government. (The Hindu, 18 October 2008).

The depressed international prices also have an effect on prices of commodities that are not being exported. The price of imported RBD Palmolein is 40 per cent lower than in November 2007 and 20 per cent below the price one month back and falling week after week. Palmolein is imported in large quantities and is the common man's edible oil. A fall in its price has a depressing effect on prices of domestically produced edible oils and oilseeds as has been seen in the past. The fall in price of Palmolein is itself linked to the fall in price of crude petroleum. (see this article for more on this)

The full effects of falling prices of agricultural commodities due to lower exports and cheaper imports will hit farmers over a period of time. Farmers, unlike the industrialists, have few options to cope with falling prices - they cannot scale back production at short notice. And farmers, also unlike industrialists, have no voice, with most urban focussed mainstream media ignoring their very existence.

India during the Great Depression

The current crisis has some striking similarities with the fallout in India of the Great Depression of 1929-1933. Then, as now, there was a collapse in the international prices of commodities; India's commodity exports fell sharply and local agricultural commodity prices collapsed. There was a credit crisis that propagated from the banks in the metros and spread to even the most interior villages. Labour-intensive export industries were hit.

The major immediate effect of the Great Depression in India was on commercial agriculture and the producers of cash crops - cotton, sugarcane, tobacco and jute. Between 1929 and 1932, prices of the major cash crops more than halved. But the fall was not limited to cash crops. Prices of food crops - wheat, rice and millets - also fell, trailing falling international prices and in the midst of a credit crisis that engulfed agricultural trade and reached even the remotest village in India. Food prices also fell almost as much as cash crops.

Farmers were caught between the steep fall in income and a cost of production that had not declined. Cost of credit had increased and land revenue rates were maintained. Peasants were driven deeply into debt, lost their land or sold their gold jewellery to money lenders. Huge quantities of gold in the form of jewellery - termed "distress gold" - was exported by the colonial Government from India to Britain between the years 1931-36 to balance the imports. The distress of the farmers was also reflected in the steep lowering of wages in rural areas.

Land revenue and the salt tax were collected without fail in spite of the distress situation of the farmers and wage workers.

Industry was also hit by this crisis but coped in different ways. The jute industry, for example, not only survived but even managed to remain profitable by resorting to retrenchment (the labour force of 340,000 in 1929 was reduced to 260,000 by 1933-34), reducing wages, improving productivity and taking advantage of lower raw material prices. Exports were lower but still remained profitable.

The colonial government was more interested in safeguarding the interests of the mother country than of the colony. It did not take measures to protect the prices of agricultural produce and the income of farmers. Far from taking up public welfare measures, the government curtailed spending, increasing only the budget for the police. Land revenue and the salt tax, accounting for one-third of the total revenue, were collected without fail in spite of the distress situation of the farmers and wage workers. The collections from the salt tax - a tax that affected even the poorest citizen - were 50 per cent higher in 1932-33 from the 1929-30 levels, a telling commentary on the callousness of the government.

Thus even 80 years ago, India, then an overwhelmingly agricultural economy, got caught up in the storms raging through the world economy. Indian farmers were pushed deep into debt and lost all their savings; agriculture - and hence the overall economy - suffered a major setback.

Many nations took measures during and after the Great Depression to protect their farmers' incomes and establish social security systems for their citizens providing for unemployment benefits, retirement pensions and comprehensive public health care - measures that signalled the arrival of the welfare state. But colonial India missed this bus.

Much has changed in India in the four generations since the Great Depression. However, patterns from that past are still clearly recognizable in today's crisis. Agriculture, still supporting over 600 million Indians and already in a delicate state, is likely to be severely impacted by falling commodity prices unless timely action is taken. Unemployment is bound to go up sharply as exports, accounting for over 20 per cent of the GDP, are hit by a prolonged slump. But the voices of the foot soldiers of India, the cotton farmers of Vidarbha or the garment workers of Tirupur are once again barely to be heard by the government of the land.