What bankers don’t tell you about their bad loans

Non-performing assets in public sector banks have shot up by more than 400 per cent in the last five years, hitting Rs 164000 crore! Shripad Dharmadhikary summarises findings of a research report that unearths the real reasons underlying these bad loans.
06 March 2014 -

Lavasa, advertised as one of independent India’s first planned hill cities, is a mini city in the making. Constructed over 25,000 acres along the breathtakingly beautiful backwaters of the Varasgaon dam near Pune, at an estimated cost of Rs. 168,000 crores, it is a massive undertaking by any standards.  The project has been controversial from the beginning, with allegations of high level political patronage, a host of environmental problems, land-related fraud and bending of laws to suit the project.

However, there is yet another aspect of the project, which has perhaps not been highlighted as much.

Following an intense agitation by the affected people and several social and environmental groups, the Ministry of Environment and Forest, Government of India (MoEF) issued a notice to the project in November 2010 asking why illegal structures should not be demolished. The ministry also ordered all work at the site to stop. As the matter went to the High Court and the project was forced to apply for a clearance from the MoEF, work on the project remained suspended for more than a year. During the period October – December 2011, the Lavasa Corporation posted a Rs. 130-crore loss.

But the project corporation was not the only one who faced a severe financial impact as a result of the environmental violations. A huge loss, possibly bigger than that of the corporation, was incurred by the banks who had lent money to the project.

It is often believed that such large projects are funded primarily by private companies and their share-holders. On the contrary, a major part of the funds for such projects comes from public sources – essentially through banks and financial institutions. Typically, such large projects – including mines, power plants, highways - would have an equity component, which is the owners’ contribution, accounting for 25-30 percent of the project cost; the rest comes from financial institutions.

Finance from banks usually come from the money that depositors have placed in the care of these financial institutions. For public sector banks, which dominate lending to such projects, it is government money that provides capital, and from time to time, bail-outs for these projects. When a project faces a loss, it finds it difficult to return the loans – or even pay the interest – and the bank takes a hit.

These and other related concerns form the questions that a new report titled “Down the Rabbit Hole - What the Bankers aren’t Telling you: An Analysis of Lending Practices Adopted by Banks to Finance ‘Developmental’ Projects in India” asks. It not only raises these questions but assesses and evaluates the records of Indian banks and financial institutions against these concerns. Not surprisingly, it finds the record seriously wanting. The report authored primarily by Lakshmi Premkumar is published by the The Research Collective, an initiative of the Programme for Social Action.

This important report marks the first time in the county that the banking and financial system is being exposed to such scrutiny in a systematic and comprehensive manner, and these issues highlighted.

The research that has gone into the report includes case studies of six projects, a large number of Right to Information (RTI) applications made to banks and financial institutions, examination of a number of other documents and testimonies from communities directly affected by these projects.

Down the Rabbit Hole - What the Bankers aren’t Telling you: An Analysis of Lending Practices Adopted by Banks to Finance ‘Developmental’ Projects in India

Copies of report can be download here or by writing to trc@psa-india.net

What the case studies reveal is quite ugly. Banks and financial institutions almost never do any assessment of social and environmental impact and the risks of the projects they finance. This is left entirely to the project proponents. In fact, in several cases, loans were sanctioned and even amounts disbursed, though the projects did not have the statutory environmental clearances.

For example, the report notes that for the Athena Demwe project, “when the Rural Electrification Corporation had sanctioned loans 06 January 2010, the project had neither environmental nor forest clearance.” Similarly, “When Sasan Power achieved financial closure in April 2009, the project did not have clearances from MoEF for mining at the allocated coal blocks.”

Often, the environmental and social impact assessment and clearance processes are ridden with serious problems, and are increasingly challenged, leading to delays and even stoppage of work in some projects. This has cost the banks heavy.

In the case of Lavasa Corporation, with work being on hold for a long period, not only did the company suffer losses, but it also defaulted in payment of both principal and interest on its term loans. The loans to Lavasa Corporation had considerably deteriorated by early 2012 and a substantial portion of the Rs. 850-crore loan with the banks is now treated as Non Performing Assets (NPA). NPAs are initial indications of a loan going bad, when the borrower fails in repayment of principal or interest for 90 days. 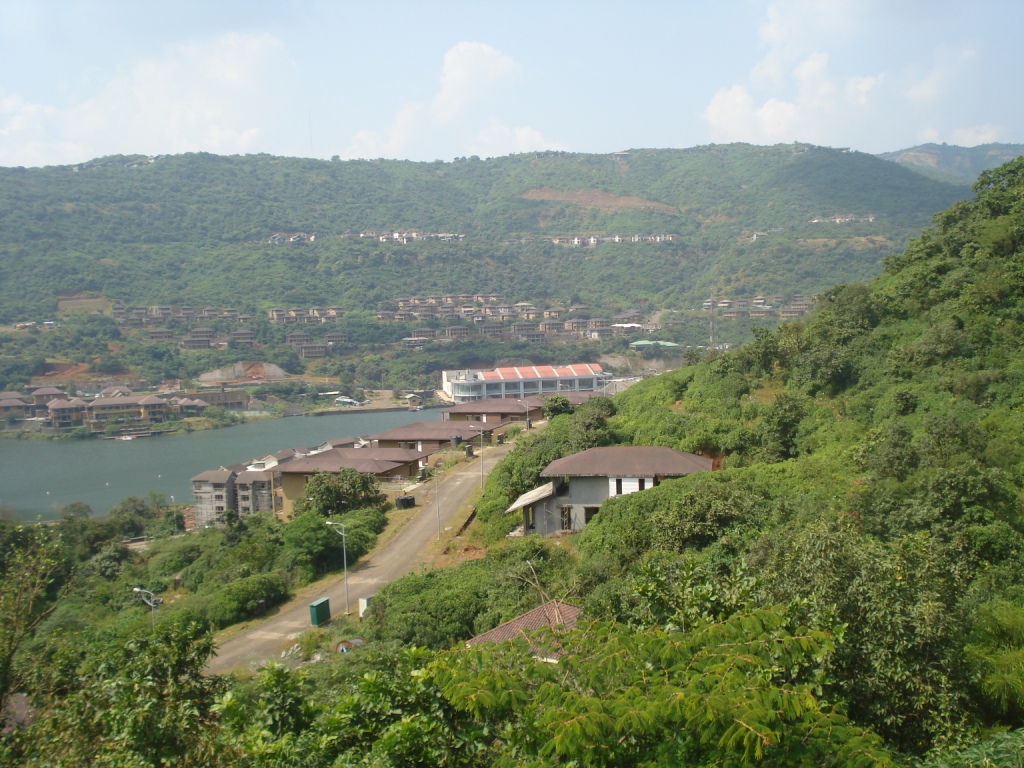 As the report notes, “Any sustained delay in a project’s progress is a risk on the loan sanctioned by banks. In the project finance mode, loan and interests are repaid from the revenue generated by the project itself.” Five of the six case study projects have been delayed, two of which have not even begun construction six years after initiation.

The report also quotes a circular dated 11 March 2008 on Credit Policy and Procedures of the State Bank of India, which acknowledges the impact of delays. The circular says:

“There have been several instances where projects financed by us were ordered to be closed due to environmental considerations. Neglect or poor management of social and environmental issues … has been the primary reason for this. … These have a cost aspect which also has to be suitably factored into the project costs. These two, environmental on the one hand and social/ health costs on the other, are generally not included in the project cost while implementation or running the same has often resulted in active environmentalists/NGOs/local interest groups intervening, leading to delays/ postponement and even abandoning of the project causing serious discomfiture to lenders.”

Moreover, these case studies are not exceptions but rather typical of the situation of all such projects, as the data collected across sectors shows. It points to a spurt in the construction of projects in mining, power plants, dams and roads in the country.

It also shows how, in a bid to accelerate “growth”, there is a concerted attempt to remove “impediments“ in the form of social and environmental requirements from the path of these projects. The Cabinet Committee on Infrastructure is an important example of such attempts.

Overall, “bad loans [NPAs] in Public Sector Banks (PSB) shot up by more than 400 per cent in the last five years, hitting Rs. 1,64,000 crore in March 2013! “ The report finds that contrary to common belief, loans to agriculture and priority sectors do not pose as much of a credit risk as compared to large corporate loans, which are responsible for the bulk of NPAs.

Several other practices indicate that the real extent of the problem is likely to be more than what is revealed by the NPA figures. For example, the report explains the practise called restructuring and how it is often abused.

To quote, “Any change in the terms and conditions of the loan or credit, especially in respect of its servicing, is called restructuring of loan. Restructuring allows banks to not classify the asset as NPA even in case of default. This technique used by banks to cite lower NPAs and exclude corporations from being in the defaulters list is referred to as ‘evergreening’ of NPAs. Bad loans are restructured by banks with easier terms such as moratorium on payment, lowered interest rates and longer repayment periods to bail out defaulting corporations.”

According to the report, if the bad loans that are restructured and shown as good loans are accounted for, the bad loans of the Public Sector Banks would double to Rs 325,000 Cr! It further states that “In the five years between 2008 and 2013, PSBs transferred and adjusted Rs. 140,000 crore from their profits to provision for bad loans. It is important to note that out of the Rs 164,000-crore bad loans in PSBs, as much as Rs 64000 crore, or 39 percent, is only from the top 30 bad loan accounts!”

Rs. 140,000 crore is a massive amount of money, and this is the money that has been lost from public funds. Clearly, there is a need to make the system much more accountable.

The report examines the current practices for such due diligence followed by several major banks, as well as legal and statutory requirements at the sector level. It brings out the fact that there is a virtual absence of not only any binding requirements but there is very little by way of voluntary norms to assess social and environmental impacts of projects that the banks and financial institutions support.

The report argues that monetary loss is not the only reason why banks and financial institutions should pursue due diligence, but that it is necessitated by a larger social responsibility. Banks, too, are responsible for the impacts of the projects they finance and enable, and they must ensure that these projects do not harm the environment or disrupt communities and livelihoods, or at the least, that they do not violate the laws and regulations of the country.

The report ends with a series of recommendations which seek to put in place such laws, regulations and mechanisms as would ensure that banks and financial institutions can no longer ignore the social and environmental impact of the projects they fund.

The significance of this report lies in the fact that it is for the first time that these issues are being highlighted in a well-researched and comprehensive manner. The case studies bring alive the concepts, which in turn are also discussed in the light of sector wide figures, and national and international experience.

Given the aggressive push in the country to accelerate the pace of construction of such projects even at the cost of social and environmental considerations, this report is an eye-opener and a must read.