Chidambaram's lip service to his own goal

Taking a 360-degree view of the Union Budget 2013, Shankar Jaganathan points out that despite 'inclusive and sustainable development' being a stated goal, the emphasis has primarily been on growth and finances.
05 March 2013 -

Whatever your political affiliations, you would find it tough to disagree with our Finance Minister when he identified, in his budget speech, the primary goal of his government as 'higher growth leading to inclusive and sustainable development'. Turning specifically to the budget, he added the aim 'is to create the economic space and find the resources to achieve the social economic objectives.' In pursuing these objectives, fiscal deficit, i.e. the money required to be borrowed and the current account deficit, which is the foreign exchange inflows that India needs to attract were the two constraints identified.

The goals and constraints listed above provide us the four parameters on which we can appraise this budget, or for that matter evaluate any other budget:

a) the ability to attract foreign exchange inflowsm
b) how the fiscal deficit is funded,
c) the measures aimed at accelerating GDP growth, and
d) ensuring inclusive & sustainable development. 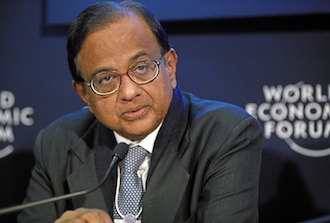 Analyzed from these four angles, it provides a 360-degree view of the budget.

Attracting foreign exchange inflows has a special place among the four parameters, government influence being the least here as it depends solely on market forces. The option to reduce the current account deficit by providing incentives for exports is low due to poor global economic conditions. Hence the only option is to attract investments into India. Given this limited option, it looks as if the budget has done all it can do to assure foreign investors that their Indian investment is safe in a regulatory friendly and fast growing economy.

Turning to the second parameter, there are two obvious paths to reduce fiscal deficit: increase revenue or reduce government expenditure. It looks as if the easier option to reduce expenditure has been adopted, while the much more challenging option would have been to increase tax revenues and 'sell' it to the tax payers. With tax revenues at 9.9% of GDP, Indian economy has the lowest tax burden.

Even though investment in education, health and food security is recognised, it gets relegated due to it not being on the urgent list.

This low tax burden is amplified when seen from a different angle. The Economic Survey that preceded the budget used a monthly per capita consumption of Rs.579 to define poverty line for urban areas. Annualized, it translates to about Rs.7000 per annum. With this as reference, the Rs.200,000 income-tax exemption limit for the individual is at 28 times the Poverty Line Number (PLN). The highest tax slab of 30% kicks in only at Rs.500,000 which is 70 times the PLN. Using this parameter of PLN, the newly introduced surcharge on the super-rich is effective at 1400 PLN.

With the wide disparity in our society, do we have a case for indexing the income tax limits and fixing different tax slabs by using poverty line number as the basic unit of measure? Other than currency, this index may be the only economic factor that links different segments of our society. <

Given my personal preference for a more equal society in contrast to a faster growing economy, I do believe the revenue option could have been further leveraged. Considering the widely prevalent belief that a large number of income earners are avoiding income tax, could a consumption tax on luxury goods including gold and premium real estate properties be levied. The honest tax payer would be rewarded, if this tax could be set off against their income tax dues.

Accelerating GDP growth has been the primary demand of the Indian corporate sector and stock market participants. Since this aspect has been the most analyzed part of the budget, I have nothing new to add except perhaps identify investment as the primary driver for accelerating this growth. Reintroduction of investment allowance deduction for large corporate entities, incentive for new investors in equity mutual funds and listed entities, higher tax deduction on housing loans for the middle class are some of the major initiatives.

An interesting feature is the interplay between the four parameters. For the government, accelerating GDP growth seems to be the most urgent and important parameter. In contrast, attracting foreign exchange and fiscal deficit are urgent matters and in turn play a major role in accelerating GDP growth. All these three parameters have the 'urgency' element in them. In contrast, the fourth parameter of inclusive and sustainable growth is only an important parameter. In the short run, focus on inclusive and sustainable aspects may not enhance the other three parameters but on the contrary, dampen it.

In concrete terms, inclusive growth looks to eradicate the inhumane plight of the poor, protect vulnerable children and women and eliminate discrimination faced by the SC, ST and the minorities, thereby promoting fraternity promised by the Indian constitution. The only recognised remedy, though with a long gestation period, is investment in education. A prerequisite to fully participate in the education program and realise its benefits is a healthy and adequately nourished body. Even though investment in education, health and food security is recognised, it gets relegated due to it not being on the urgent list.

In personal life, often important but not urgent matters get only token attention - leading to action that may at best be described as bordering on visible and symbolic acts. I wonder if the bank catering exclusively to women could be considered as one. At the same time, I fear if at all it will, in any way inhibit the services women have so far received from other banks who could now point them the other way.

That is how it looks if we draw inferences from decisions on larger questions, such as making adequate investments in education and health. 'Nine is Mine' is a children's advocacy campaign for investing 6% of GDP in education and 3% in health, based on the government's manifesto. The urgency that we saw in meeting the fiscal deficit is not evident in meeting this important investment target. Does it reflect the reality of the times we live in, where businesses are mandated with social responsibilities and government holds itself accountable for financial results?

Shankar Jaganathan is passionate about corporate governance, sustainability practices and economic history. He divides his time between consulting engagements, teaching and writing. He is the author of the book 'Corporate Disclosures 1553-2007, The Origin of Financial and Business Reports', and the recently published book 'The Wisdom of Ants, A Short History of Economics'.