Policy makers have understood the importance of producing energy, but have been much slower to promote measures for energy efficiency. This has to change, writes Girish Sant.
10 August 2010 -

The renowned energy expert Professor Amulya Reddy once asked me why saving energy through better appliances and processes was neglected by policy makers. He was a pioneer in the field of sustainable energy planning. At the time, I did not attempt an answer. However, in the recent past, while exploring ways to mitigate power shortages to ensure that a third of our fellow citizens get electricity for basic amenities such as lights and fans, I have had to confront his crucial question once again.

Though saving energy has massive potential, it is users who are assumed to be responsible for choosing efficient appliances, and usually the policy makers and power utilities are considered to have little to do with it. However, this is not true. Consumers face many barriers in adopting efficient equipment, which have been identified since decades, but continue to exist even today. The most basic barrier, which has now been recognised and is being tackled, relates to a lack of information.

Most consumers simply don't know which model of an appliance will save them energy, a lacuna that is being remedied by labelling. Major appliances now have to be sold with labels that indicate their electricity consumption, in order to allow prospective buyers to make an informed choice.

Though labelling is increasing sales of efficient appliances, awareness by itself is not sufficient. Three-fourths of Indian consumers are poor, and pay a low tariff for electricity, called a lifeline tariff. For them, saved electricity translates into much lower reduction in electricity bills. Hence, they do not find it beneficial to buy efficient appliances, which are usually costlier than ordinary ones. It is imperative that planners intervene here. 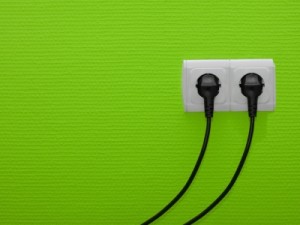 •  Building, and thinking, green
•  Upstream on the Energy Road
•  The bills we pay
•  Waiting for the 'green' light
•  Meters help consumers, suppliers

Electric utilities buy power at a much higher price, usually thrice the rate of the lifeline tariff. Since electric utilities will save money if the poor use efficient appliances, these utilities can pay part of the higher cost of such efficient appliances. Moreover, the poor are short of cash, which is seen in their willingness to take loans even at prohibitive interest rates of 4 percent per month! Naturally, paying more upfront to save on electricity bills in the future is not attractive for them. In contrast, electric utilities get loans at an interest rate of only a percent per month. Utilities can thus extend loans to poor consumers for buying efficient appliances, and recover them through electric bills. Cost sharing and low interest loans can dramatically alter the behaviour of consumers, and benefit both utilities as well as consumers.

Those consumers who have information and money may not have control over the design of what they own. Take the example of large office complexes. Their builders are interested in reducing initial costs or making their construction look more impressive. Buyers are then stuck with the design of the building and its performance. Offices with a glass façade function like a solar cooker, and require intensive air-cooling systems. To make things worse, windows may be leaky, which wastes precious energy. The commercial air-conditioning load is rapidly increasing in metropolises.

This can partly be addressed by mandating that all buildings abide by 'building codes' and efficiency norms. But ensuring implementation of this is a difficult task. To supplement this, , the quantity of electricity that new commercial complexes can take from the grid should be limited. If the electric load exceeds a norm, dependent on the size of the building, the builder should be mandated to install solar photovoltaic (PV) panels to bridge the gap. Cost-conscious builders will then ensure that their architects adopt an efficient design for the building. And once clients start seeking efficient designs, architects can do wonders!

Some of our planners also add to the barriers, one of the barrier they add relates to the prestige. Large power plants of thousands of million Watts, or thousand megawatts (MW), are considered prestigious. But ironically enough, energy efficiency is not considered worthy of much attention, as it leads to seemingly small savings counted in a few Watts or kilo watts of saved electricity. Here, we should not forget that millions of few watts together also add up to thousands of megawatts (MW). A recent study by my organisation, the Prayas Energy Group based in Pune, showed that if all new appliances bought by Indian consumers match the performance of efficient models, we will save enough power to avoid constructing two Enron-sized plants every year!

Compared to the time of Professor Reddy, energy planning has some different considerations today. The threat of climate change now has become much more acute, and it clearly implies that we cannot continue unlimited use of fossil fuels. Even India has started giving a massive boost to renewable energy. The recently announced Solar Mission envisages a subsidy of more than a hundred thousand crore rupees. Such a green push has popular support, and people are willing to pay more for green power. These subsidies are seen as investing in the future, which is necessary to improve renewable technology, which in turn is expected to lower future costs.

Isn't it only obvious though, that the same correct logic applies to energy efficiency as well? Super-efficient appliances can extend the service from the same quantity of energy to two or three times as many consumers! However, if the existing efficient products do not sell, why will appliance manufacturers invest money in inventing more efficient products? In order for technology to develop, efficient appliances also need the same kind of boost as renewable energy.

Instead, millions of inefficient fans, televisions, refrigerators, and air-conditioners continue to be added to the grid. Once installed, they will keep sucking electricity, forcing us to build several more mega power plants, deal with the associated displacement of lakhs of people, burn millions of tons of coal, and allocate scarce water to cool these plants. Faced with such a crisis, it is critical that we shed myths about energy efficiency and act decisively on the key barriers, before time runs out.

Girish Sant is Coordinator of the Prayas Energy Group, in Pune, and a member of the Planning Commissions Expert Group on 'Low Carbon Strategy for Inclusive Growth.'

BACK TO SCHOOL : Meaningful restart of education is critical
MORE ARTICLES
on similar topics ...
ENERGY