Even in regions touted as India’s food bowl, Rs 3000 a month is all that a farmer earns for his family! Devinder Sharma analyses data from CACP to highlight the grave crisis in the agrarian economy that calls for immediate and unprecedented government action.
13 April 2015 -

Prime Minister Narendra Modi has announced a higher relief package for farmers. At the same time he has directed banks to restructure agricultural loans and also asked insurance companies to proactively settle the claims. “Helping farmers at this time of distress is the government’s responsibility,” the prime minister assured the nation, stating that a team of central ministers had been sent to the affected areas to assess the crop damage.

This is certainly a welcome step. But once the rains are over, the relief is distributed, and the nation’s attention shifts to quantifying the loss in crop production and the resulting impact on food inflation, farmers will once again be forgotten. This has been the travesty of farming all these years, and it is primarily for the deliberate neglect and apathy that agriculture continues to bleed.

In the past 20 years, close to 3 lakh farmers have committed suicide, 2 farmers every hour, and I am not sure how many more sacrifices are required before the nation sits back and takes notice.

Let’s be clear. The spate of farmer suicides in the wake of the continuing spell of unseasonal rains is simply a reflection or a symptom of how fragile the farm economy is. Even a small aberration in weather – unseasonal rains, high winds, dry weather and drought – multiplies the risk factor for farmers, taking it to unmanageable levels.  Many farmers, who died in the past one month, have died of heart attacks, unable to bear the shock of seeing their healthy crops lying flat under the vagaries of the weather. Livelihood security for any farming family, therefore, hangs by a slender thread. 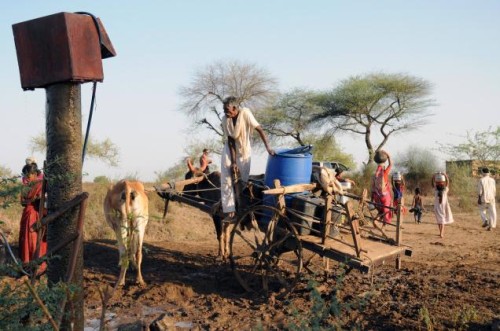 How fragile the farm economy is, has been talked about very often but rarely understood. It is generally believed that a reasonably good relief package in times of a calamity is enough to bring back the farmers’ economy. What is not known is that any natural calamity like heavy rains, floods and drought push back the farmer’s subsistence economy by three years at least.

To understand it a little more clearly, I looked at the latest kharif and rabi reports of the Commission for Agricultural Costs and Prices (CACP). Since farmers have been demanding a higher minimum support price (MSP) for wheat and paddy, and knowing that the Centre has already conveyed to the Supreme Court its inability to raise farm prices by 50 per cent as ‘it will distort market prices,’ a careful perusal of the cost and income estimates by the CACP tells us why farmers are killing themselves.

Let us look at the costs and the return from the cultivation of some of the major crops, which also shows us clearly why there is very little hope of reviving the sinking farm economy unless the government makes a determined effort to provide farmers with a guaranteed monthly income package.

The CACP is the government’s own organisation which works out the MSP for farmers. Its calculations, therefore, are more accurate than any other study or survey. In its latest reports, CACP has calculated the average cost and returns for the period 2010-11 and 2012-13.

Since most suicides happened in Uttar Pradesh, I looked at the cost and price calculations for the wheat-rice cropping pattern that most farmers would follow in that state. For wheat, the average net return or income that a farmer in the state gets from one hectare is Rs 10,758. Since wheat is a six-month crop, the average income that a wheat farmer can expect from cultivating one hectare comes to a paltry Rs 1793 a month. With such a low return from wheat cultivation, there would always be a possibility for a UP farmer to be distressed enough to take to suicide.

Let’s now look at his annual income. If he is cultivating rice, the net returns have been computed at Rs 4311 only. Add the returns for both wheat and paddy, and it comes to Rs 15,669 or Rs 1306 per month on average over the entire year.

How bright is the brighter picture?

In the case of kharif crops, the CACP estimates are for the period 2009-10 to 2011-12. The net return for paddy for the country has been computed at a low of Rs 4,500 per hectare. For cotton, another major crop, the net returns are to the tune of Rs 15, 689; and for ragi millet it is actually negative.

Many will say at this point that the average in Punjab would be much higher than the national average. The CACP pegs the average net return in Punjab for wheat at Rs 18,701 per hectare. For Bihar, where there are no regulated APMC markets, the average farmer’s return is Rs 9,986, about half of what Punjab farmers get.

Looking at the state-wise average costs, the net returns for paddy for Punjab is Rs 17, 651. For Haryana, it is Rs 17,960 per hectare, and for Andhra Pradesh Rs 6,483. Paddy farmers in Bihar and Assam actually get a negative return, which means they cultivate losses. The loss per hectare in Assam is Rs 3361 and in Bihar Rs 266. 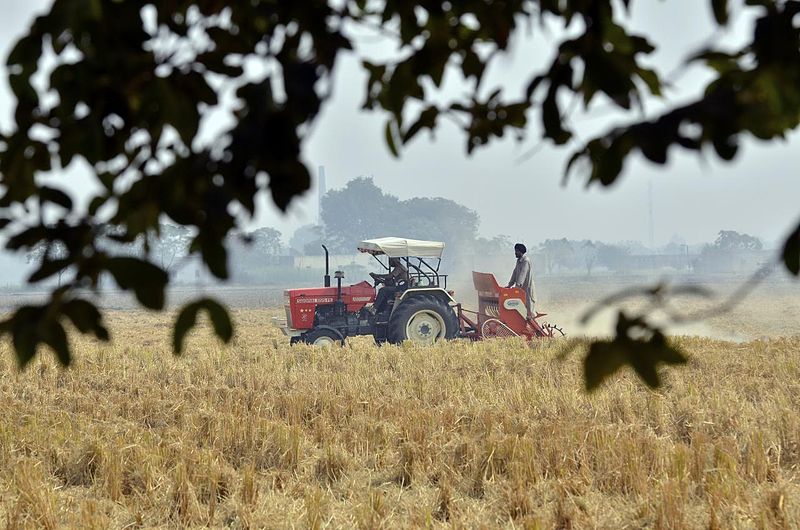 A farmer in Punjab preparing the field for a wheat crop. Pic courtesy: CIAT/Wikimedia

Since the general cropping pattern that Punjab and Haryana farmers follow in a year is also wheat followed by paddy, let us look at the combined returns for cultivating these two crops. Wheat provides the Punjab farmers with an average return of Rs 18,701 per hectare. Add to it the net return from paddy, Rs 17,651, the total a farmer earns from cultivating wheat and paddy in a year comes to Rs 36,352 from a hectare. For a month, therefore, the average a farming family in Punjab earns from one hectare is Rs 3,029. Yes, you got it right. It is Rs 3,029 per month.

If this is the average for Punjab, Haryana and Uttar Pradesh, which is considered to be the country’s food bowl, I shudder to think of the plight of farmers elsewhere in the country. This is primarily the reason why farmers are committing suicide, and also why a majority wants to quit agriculture if given a choice.

The desperate need, therefore, is to set up a National Farmers Income Commission with the mandate to work out an assured monthly package for farmers, depending on his crop productivity and also the geographical location of the farm.

If a chaprasi can get a minimum monthly salary of Rs 15,000, and a safai karamchari in UP is paid Rs 18,500 as basic salary, why should the annadata not be get an assured monthly package. Why should farmers alone bear the cost of keeping food prices low for the middle class?

The author is a food and trade policy analyst and chairs the New Delhi-based Forum for Biotechnology & Food Security. His blog, Ground Reality can be read at http://devinder-sharma.blogspot.com/