There is wide-spread failure in safeguarding the rights of forest communities protected under the Forest Rights Act. State and Central Governments are complicit in diluting it. Tushar Dash reports.
13 February 2012 -

Five years have passed since enactment of Forest Rights Act (FRA) and three years since its implementation in the states. There are tall claims made about its success. The year-end review of the Ministry of Tribal Affairs is proud that by the beginning of December 2011, more than 31 lakh claims have reportedly been filed around the country, and more than 12 lakh titles have been distributed under the Forest Rights Act in the States/UTs. For the government these figures amount to real achievements, but the ground realities present some inconvenient truths.

A powerful rights legislation, the Forest Rights Act has been converted into a benefit scheme which is selectively and strategically used to distribute pattas, a connotation which best suit the dominant political interests of the State as distributor and allocator of resources. It is seen that implementing agencies of the government have reduced the law to merely an exercise of recording of rights in a mechanical and bureaucratic way and distribution of pattas only on limited rights on land. In this din of patta distribution, some fundamental aspects of the law are ignored.

A study by Center for Science and Environment on diversion of forest land informs us that forest clearances have been granted at an unprecedented rate in the 11th Five Year Plan period from 2007-2011. It reports that during this period, 8284 projects were granted forest clearance, and 2.04 lakh hectares (ha) of forest lands were diverted - this is about 25 per cent of all forest land diverted for development projects since 1981. In one single year - 2009 alone - as much as 87,883 hectares of forest lands were cleared for non-forest uses. Mining is a big culprit in all this; one out of every four hectares of the diversion was for mining projects.

This is alarming, especially considering it has happened in the period when the FRA has been in force. This is the legislation that is supposed to protect the rights of forest dwellers, and ensure those rights are formally recognised. Evidently, compliance with this law is not quite what the Ministry would like us to believe. In Orissa, there is clear evidence of this - information obtained under the RTI Act on diversion of forest lands for projects reveals that in this State, most of the diversion has taken place without compliance to requirements under FRA and the informed consent of gram sabhas.

In 2010 three committees constituted by the MoEF found glaring lapses and violations in diversion of forest lands. The Saxena committee on Vedanta, the Meena Gupta committee on Posco, and the joint committee of MOTA-MOEF on FRA all reported non-compliance with FRA in the diversion of forest lands. The report of the Parliamentary Standing Committee on Social Justice and Empowerment on implementation of FRA was tabled in the last session of parliament, and is worth quoting from. In the case of Niyamgiri, the committee wrote, "[W]hile deprecating the inaction on the part of the Ministry of Tribal Affairs in guarding the interests and rights of these aboriginal people due to which the project could move ahead to such an advanced stage, advise the Ministry to be watchful and keep a constant vigil in ensuring that rights and interests of such people are always looked after, safeguarded and protected" (pages 34-35, see this link). 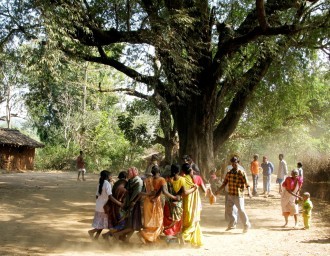 In 2010 three committees constituted by the MoEF found glaring lapses and violations in diversion of forest lands. (File Pic: Forest dwelling communities across India have complained that the law is not being implemented correctly).

In this regard it is important to take note of a letter sent by non-official members of the Forest Advisory Committee to the Minister of State for Environment and Forests in September 2011. As reported in the media in the letter the non-official members have pointed glaring gaps in the functioning of the FAC particularly with regard to its role in overseeing the process of diversion of forests and clearance of projects.

The letter has mentioned that the State forest departments/governments have abdicated their role of due diligence, mandatory under the Forest Conservation Act, possibly under political or other pressure and are routinely found approving even obviously damaging projects. Also that there is a lack of follow-up or a proper mechanism leading to violations pertaining to the case with forest, wildlife, water, catchment area treatment and soil conservation issues as well as with those pertaining to the Forest Rights Act and other related legislation.

Tamarjhola is a tribal village in Nayagarh district in Orissa. All the 33 households here have agricultural lands in nearby Jambukholo reserve forest, which they have been cultivating since before independence. After the implementation of FRA, the villagers have claimed rights on those lands. While the claims were pending for verification the forest department started digging holes for plantation in their agricultural lands despite opposition by the villagers. On 22 June 2011 the villagers called a gram sabha on this issue and decide to approach the district authorities and the state level monitoring committee. After these interventions the plantation was stopped.

Not all villages are as assertive as Tamarjhola. Since implementation of the FRA, such cases of forceful plantation in lands claimed under FRA have been reported from many states. As with the diversion of forest land, the plantations are carried out under the forestry projects like JICA, CAMPA, etc. on a massive scale, without ascertaining rights of the local communities under FRA.

In June 2011, a gram sabha of village Katingkana in Kalahandi district petitioned the District Level Committee against the forest department for forming a Vana Samrakshan Samiti (JFMC) in the village. In the petition the gram sabha and FRC members mentioned that formation of VSS by the FD violates the management rights and authorities vested under FRA under sections 3 (1)(i) and 5. And since the gram sabha now holds the authority to decide how to manage the forests, the imposition of JFM by the FD is a violation, and action should be taken against the forest department.

On 9 September 2011 the Forest Department government passed a new JFM resolution ignoring state-wide protests by civil society groups and forest communities. The JFM resolution prescribes control and management by the forest department, which contradicts the management rights and authorities provided under FRA to the Gram Sabhas. Similarly in Maharashtra local groups and organizations have raised concerns about implications of a new government order on JFM. The MoEF, for its part in this dilution of the law, has issued an advisory to the state governments to provide legal standing to JFM by recognizing the JFMCs as organs of the Gram Sabha.

The joint committee of MOTA and MOEF on FRA in its report has highlighted Joint Forest Management as one of major obstructions to the recognition of rights under FRA. Recently the Minister, Tribal Affairs in his public statements has admitted that Community rights are illegally being awarded to joint forest management committees, which are created by the forest department.

In June 2011, gram sabhas of three core villages, Jamunagarh, Bakua and Kabatghai in Simlipal Tiger Reserve in Orissa protested the meetings organised by the forest department, and passed resolutions against their proposed relocation. The gram sabhas have sent letters to the state level monitoring committee to stop the relocation process, which is in violation of the FRA, and to take steps to complete the process of recognition of their rights. Earlier, in March 2010 another core village, Jenabil, was relocated from Simlipal without recognizing the rights of the community under FRA.

Like Simlipal local communities living in many tiger reserves have been protesting relocation and non implementation of FRA. Such protests are reported from Sariska TR in Rajasthan, Melghat TR in Maharashtra, Mudumlai TR in Tamilnadu and many other tiger reserves. These relocations are taking place despite the fact that the Forest Rights Act and the Wildlife Protection (Amendment) Act require that the process of recognition of rights has to be complete before initiating any relocation process.

All the above issues and developments regarding diversion of forest land, plantations, imposition of JFM, relocation of villages from Protected Areas all point to failure in safeguarding the rights of the forest communities under FRA. They also reveal the contradictions within the governance and institutional set-up, particularly the various laws and policies which run counter to the objectives of the FRA.

Urgent attention needs to be given to resolve these inherent contradictions and to develop mechanism to ensure protection of rights. For this it is required that indicators for evaluation of progress of the FRA be set up by the nodal agency at the Ministry of Tribal Affairs which look at not just the claims and titles issued, but at the process of forest land use and diversions, and whether such uses under existing policies and programs are leading to violation of people's rights.

Tushar Dash is with Vasundhara, a research and advocacy organization focusing on natural resource governance.