A report from the water resources ministry underlines, for the first time, the importance of ‘e-flows’ in river basin planning, so that our rivers are able to carry out all the functions needed to sustain entire riparian systems. Shripad Dharmadhikary discusses the key points in the report.

Some years back, much after he had moved on, a senior technocrat who had been heading the planning process for the Sardar Sarovar Narmada project wrote in an article:

“So we modelled ten daily flows in four reservoirs and modelled groundwater aquifers...The modelling was so good that we very accurately used up all the water for the crops, the trees and for drinking. We all forgot the obvious. Rivers also need water.”

Indeed, they had – conveniently – forgotten the river. In case of the Narmada river and in particular the Sardar Sarovar project, all the water had been allocated to the party states, and further, any surplus in any year was also to be shared by them in the same proportion. The river was left with practically nothing.

Nor is the Narmada unique in this. River basin planning everywhere in India has been based on the notion that every drop of water in the river must be extracted out and used; any water that remains is a “waste”. The result is for all to see – most rivers in the country are dry, dead, or stagnant. 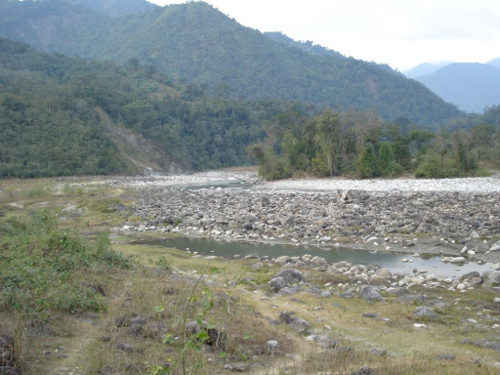 Riparian communities, environmental activists and scientists have been questioning this notion since decades, saying that the rivers need to remain flowing and we must leave substantial quantity of water for the rivers themselves.

This idea that rivers need flowing water to fulfil the multiplicity of functions and roles they play has of late been receiving a lot of recognition, couched in the terms of ‘environmental flows’ or e-flows.

The concept of ‘environmental flows’ not only enshrines the notion that rivers need to flow to fulfil environmental functions, and in the Indian context, to provide livelihoods and perform cultural and social roles, but it is also a rapidly evolving multi-disciplinary science and art that is defining the framework and methodology for river basin planning globally.

That is why it is welcome to see that India’s Ministry of Water Resources, River Development and Ganga Rejuvenation (MoWR, RD & GR) had taken note of this, as appears from a recent (March 2015) report of a three member committee. The report, titled “Assessment of E-Flows” is a short one at 32 pages, yet it provides important recommendations.

This report is important for several reasons.

It is not as if the Government of India or some of the state governments had not looked at environmental flows. However, this was mostly on an ad hoc basis. One of the earliest steps was taken by the Himachal Pradesh government when it notified that 15 percent of the river’s flow must be let down from all hydropower projects as environmental flow.

Subsequently, the Ministry of Environment and Forests (MoEF) also took cognisance of the issue, and while according environmental clearance to several projects, started prescribing the release of environmental flows.

The second important point about the report is that it recognises several important characteristics of environmental flows. For example, environmental flows are not just about maintaining a minimum flow in the river. It is recognised that the variation in flow – both though the year and across years – is a critical aspect of flow and this variation is necessary to maintain different functions of the river.

For example, high floods that spread water across the vast river bed help deposit silt and moisture, and spread the seeds of riparian vegetation. Yet, unless these flows withdraw (lean flows) and expose the bed, vegetation, trees and grass would not grow. Thus, the science of environmental flows requires that when determining such flows, there should be a flow regime and not just one minimum flow. The report recognises this and notes that “environmental flows (or e-flows) are a regime of flow in a river that mimics the natural pattern of a river’s flow”. 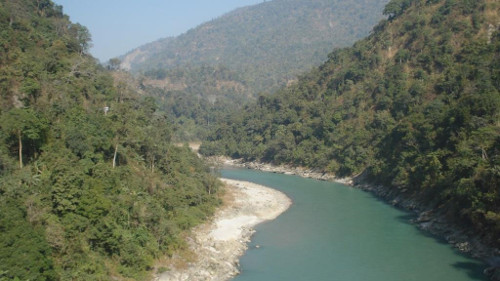 It recommends that the definition adopted by the Brisbane Declaration (2007), which is acknowledged as a universally accepted concept of e-flows, be adopted by India also. The Declaration states “Environmental flows describe the quantity, timing and quality of water flows required to sustain freshwater and estuarine ecosystems and the human livelihoods and well-being that depend on these ecosystems.”

The report also makes another important point, that is, the environmental flow in the river should not be considered as the flow of water alone, but also sediments. It recommends using the so called Building Block Method (BBM) for assessing environmental flows in any river. The BBM is one of the “holistic” methods, which are comprehensive and consider all the different criteria for determination of flows.

The report is, therefore, an important first step in putting in place a comprehensive and scientific e-flow regime as a part of water resources management in the country.

The gaps to be filled

Having said that, it should be pointed out that there are several important lacunae in the report. First, the report advocates a method of estimating e-flows based on the keystone species. A keystone species is one that has a “disproportionately large effect on its environment relative to its abundance”.

The method advocated by the report first identifies a keystone species in a river (for example, the snow trout in Himalayan rivers), and then determines the flows required in various seasons (low flow, high flow etc.) to allow the keystone species mobility and spawning, and  water to spread over the entire river bed during high flow periods.

While this is a useful method, it is too technical and exclusively “expert driven,” with no role for riparian communities or their concerns. The report does mention that “E-flows that maintain natural geo-morphology and bio-diversity status can also be considered to fulfil and support the socio-cultural and local river-based livelihood aspirations.” While this can be true in certain cases, it may not be true in others, and needs to be established in every case.

Moreover, the essence of e-flows determination is that it is primarily driven by what is the objective(s) for the flows. And the objectives are a social choice. The e-flows art and science is all about – as the report itself recognises – “equitable distribution of water between needs of aquatic ecosystems and the services availed from such systems” and systematic balancing of “the multiple water needs of society in a transparent and informed manner.”

Given this, the involvement of basin communities at each and every level, from setting the objectives to actual development of e-flows and their implementation, is a crucial, inseparable part of the e-flow assessment process and method. The report leaves this part out completely. This is also reflected in agencies that the Committee consulted, which included only official agencies like the Central Water Commission, The World Bank etc. It has had no discussions or inputs from riparian communities or civil society groups.

The Report does make a very important point that maintenance of e-flows is only one indicator of a river’s health. Connectivity (of one part of the river to another) is another crucial aspect and the connectivity is often destroyed by the same interventions that destroy flows – dams, tunnels and diversions. However, it has not gone into the depths of this issue.

The report also gives some examples where environmental flows necessary to maintain a river’s health are calculated. However, all examples are from the Ganga basin. It would have been useful for the report to give examples from other parts of the country too.

In spite of all this, the report is indeed a welcome first step. Hopefully, these shortcomings will be seen as gaps to be addressed as the recommendations of the report are taken forward by the Water Resource ministry. It is hoped that the Ministry will move forward on the recommendations, and will do so through a much more broad-based, participatory process. This is now crucial as most of our rivers are dry and dead and stagnant and many have stopped flowing in large stretches.

It is imperative – for the health of our rivers, for the well-being of the riparian communities as well as for sustaining the many services that we derive from our rivers – that we start restoring the rivers that have died and ensure that those which are still not dead and dry remain flowing. For that, a strong regime of environmental flows offers an important framework and approach, which is what makes this report useful and crucial.