The government's new plans to boost manufacturing in the country look quite similar to its earlier promises made when SEZs were set up. But there are a few lessons to be learned from that experiment, writes Kannan Kasturi.
09 August 2011 -

A Hundred Million More Jobs in Manufacturing by 2025 is the clever advertisement for the government's soon to be unveiled National Manufacturing Policy. The jobs are to be created by rapidly growing the share of manufacturing in the GDP from the current 16 per cent to 25 per cent by 2025. The government's seriousness in pushing the new policy is evident from its involvement of senior executives of Tata Steel, Vedanta Aluminum, Maruti Suzuki and other major maufacturers in putting together the plans to implement it.

The situation on the ground, however, is quite in contrast to the ambitious plans. The share of manufacturing in GDP has remained almost flat over the last decade, sharply differing with the historical pattern seen in countries transitioning from being agrarian to industrial societies. The total employment in manufacturing, inferred from the results of the National Sample Survey 66th round (NSS-66) conducted in 2009-2010, is just short of 53 million. Eighty percent of this employment is in 'unorganised' manufacturing (units using electricity that employ less than 10 workers, as well as units not using electricity that employ less than 20 workers). Organised manufacture employs fewer than 11 million workers.

On top of these poor numbers, the employment in India's manufacturing sector is actually showing a declining trend, despite the high GDP growth rate of the recent past. Employment growth in the period 2005-2010 has been entirely in services and in the construction industry, while an estimated 2.7 million jobs have been lost to manufacturing, almost all of them in rural India (inferred from an NSS-66 report of June 2011). It would be a safe assumption that this loss has been entirely in unorganised manufacturing.

Returning to the manufacturing policy, the government's thoughts have been articulated in public through the pronouncements of its ministers and economic advisors and in a 'discussion paper' that has been afloat for some time. In recent days, this document has morphed into a draft manufacturing policy that has reportedly been shared selectively in the business community.

The brave new world of the NMIZ

The NMIZ will be a large - 50 or a 100 sq km extent - self-contained industrial township catering to manufacture for both the domestic market and exports. It will have 'high class' physical infrastructure with areas earmarked for manufacturing units ('processing areas') as well as for residential, commercial, and other facilities ('non-processing areas'). The processing areas may contain export oriented units and even Special Economic Zones (SEZs). Government (at different levels) will be responsible for identifying a site for an NMIZ, acquiring land for it and providing all its 'external linkages' - road, rail, port, and airport connectivity, and water, electricity, sewage and effluent disposal.

Development and management of the NMIZ will be through a 'Special Purpose Vehicle' (SPV), a company set up for this specific purpose and having management representation from the developer(s), major units located in the zone, and industry associations. The company will plan, build, and maintain the internal infrastructure of the zone and allot sites to units. Municipal and local taxes will not apply in the zone; instead, the company will have the right to levy user charges against the services it provides.

The discussion paper proposes a radical departure from current practice in the interfacing between government and industry. Government (at various levels) will delegate to the company managing the zone, the authority to issue 'clearances' on its behalf. Manufacturing units desiring to function from the zone will be able to get approvals for starting and continuing operations from the company.

Finding the current labour laws 'inflexible', the discussion paper proposes a modification of labour laws for NMIZ units. Among other relaxations, units will be allowed to employ contract labour, have longer than 8-hour shifts, employ women on all three shifts; to downsize as and when needed and have a special 'exit policy' allowing a quick closure without hassles.

Justification of these special enclaves

These are just the highlights. The government is preparing an irresistible package that will also offers tax incentives to attract investors into these zones and spur the growth of manufacturing.

In support of its case for these provisions, the discussion paper lists the numerous clearances that are required to start a new unit, the difficulties in fulfilling conditions for clearances, the delays in providing them and the problems of closing loss making units. It uses a World Bank study in Rajasthan to detail the 'compliance burden' on manufacturing units - the compliance requirements of 70 odd legislations, largely aimed at protecting the safety, health, and well being of workers and protecting the environment. 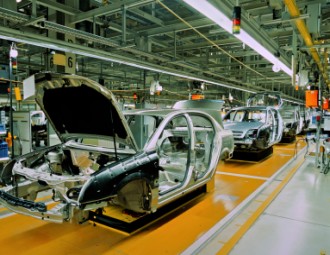 The lackluster development of export oriented manufacturing units in SEZs provides a broad hint that the problems may lie beyond poor physical infrastructure and government red tape.

The World Bank study suggests the mechanisms that can be used to relax labour, environment, and other regulations for NMIZ units - using special provisions of existing law, in some cases, and exempting the NMIZ from certain provisions of law, by means of an overarching NMIZ Act, in others. An example of the creative use of a special provision is the suggestion to declare NMIZ units to be 'public utilities' on a permanent basis in order to discourage strikes.

A reading of the World Bank study makes it obvious that it is the source of the government's ideas on providing business friendly interfaces and reducing the compliance burden in NMIZ's. The discussion paper does not consider reforms in administration and laws that would address the genuine difficulties of the manufacturing industry in general even while ensuring compliance with laws. The focus is on a fast-track solution limited to the NMIZs.

The economic advisers to the government seem to believe that the NMIZs, as planned, will address the root causes for the poor growth of Indian manufacturing. But there is plenty of evidence that this hoped-for cure to the manufacturing woes of the country may not materialise. Special Economic Zones too were established on a premise similar to the proposed NMIZs - that 'world-class' infrastructure, a business friendly 'single window' to government and relaxed labour laws would accelerate the establishment of new enterprises and the growth of exports. But the expected fruits of that policy never materialised.

The performance of the SEZ policy in respect of manufacturing can best be judged by looking at the exports from the new SEZs that have become operational over the last five years since the SEZ Act and rules came into force.

The government has been presenting a rosy picture by resorting to half-truths and obfuscation, perhaps because it feels obligated to defend the SEZ policy. One of the ways it does this is to present export figures from SEZs without locating these figures in the overall exports for that category of manufacture or service or comparing them with the alternate competing export promotion schemes that the government has come up with over the years. It is natural that existing export units will seek to move to the 'scheme' that offer the most benefits; such migration will add to the SEZ export numbers without really adding to exports.

The government's answer to such charges is to point to regulations that forbid migration; however, it is common knowledge that software units have found loopholes to allow them to shift from the STPI scheme to SEZs. The migration is not confined to software. Petroleum products were exported by Reliance Industries from its older Jamnagar refinery under the EOU scheme; exports smoothly transitioned to an SEZ when the adjacent second refinery came on stream. There has also been migration reported from the older EPZs such as that of a manufacturing company relocating its units from MEPZ in Chennai to the SIPCOT Oragadam SEZ.

This lackluster development of export oriented manufacturing units in SEZs provides a broad hint that the problems may lie beyond poor physical infrastructure and government red tape.

A description of some of the major weaknesses are to be found in a recent report (June 2011) from the Development Research Group of the RBI on productivity, efficiency, and competitiveness of the Indian manufacturing sector (see this link). Indian (organized) manufacture is resource intensive and provides low value addition. The value added, after accounting for input costs (material, energy, royalty, etc) is less than 20 per cent of the output value. This compares poorly with the US (> 50 per cent), Germany (33 per cent), and even China (29 per cent) and takes away from the competitiveness of Indian exports, particularly in periods when material costs are rising.

On the labour and employment fronts too, Indian manufacture has major issues. The real wages of shop floor workers have remained stagnant, and technologists prefer other jobs to production. There have been long periods where organised manufacture has grown without adding jobs. The tiny units of the unorganised manufacturing sector provide the bulk - 80 per cent - of the employment while accounting for only a third of the GDP contribution of manufacturing.

A National Manufacturing Policy must surely address these issues. It must explain why employment in manufacturing has fallen over the past 5 years and how it will help to transform unorganised manufacture without adding to unemployment. However, in the name of policy, what the government is offering is a pre-determined plan to set up exclusive manufacturing enclaves.

The Discussion Paper on National Manufacturing Policy does not discuss any of the basic issues confronting manufacturing in India. It doesn't even address the obvious question - how would manufacture in the special environment of these enclaves affect the viability of existing manufacture under far harsher environs outside them? As a policy, it is literally 'more of the same' from the genre of SEZs, and it's quite likely the results too will be more of the same.

Kannan Kasturi is an independent researcher and writes on public interest and public policy.