Trade rules and what they eclipse

The ruling by the World Trade Organisation (WTO)’s dispute settlement body (DSB) in a complaint filed by USA against elements of India’s solar mission is again in the news. Shalini Bhutani helps to piece together the sequence of events and points out how the global trade architecture keeps domestic laws and policies under intense scrutiny. She also reminds us of the real danger of abandoning the development agenda of the global trade body.
06 March 2016 -

The ruling of a panel of the dispute settlement body (DSB) of the WTO is another stark reminder of how the sovereignty of nations is subject to global trade rules.

Being a member of the WTO, as India is, makes you treaty-bound to live by its rules; this can be particularly onerous if the system that makes those rules is not responsive to your basic needs. India has had a taste of this with the fight within WTO on the issue of public stockholding of food.

Moreover, the WTO has a dispute settlement mechanism (DSM) that is meant to enforce the agreements of the global trading system. Two of those agreements are the General Agreement on Tariffs and Trade 1994 (GATT 1994) and the Agreement on Trade-Related Investment Measures (TRIMs).

In 2013, the United States initiated the first stage of the dispute settlement procedure of the WTO by asking for consultations on the domestic content requirement (DCR) in India’s National Solar Mission (NSM).

In other words, the GoI had insisted on Indian-made products in the NSM.  US claimed that this accorded less favourable treatment to foreign solar cells and modules than what it did for domestic products.

USA based its complaint on the resulting violation of Article III:4 of GATT 1994 and of Article 2.1 of the TRIMs Agreement. Article III.4 of GATT, which forms part of the WTO, is essentially on National Treatment. This in effect implies that foreign products will get like treatment as domestic products. In the same vein, Article 2.1 of TRIMS expressly states that no WTO member countries will apply any investment measures related to trade in goods that are inconsistent with the principle of National Treatment.

Clearly all these countries were equally concerned about the Indian government’s measures that would negate their chances of profit from export sales of solar components to India. As trading partners and WTO members, their trade interests were not any less important than a country’s sovereign right to design its energy policies.

The issue is not simply the measure in dispute or which provisions of the WTO agreements it has violated, but the fact that the dispute proceedings lay bare the country’s domestic laws and policies. (See Box I)

Any new members seeking to join the WTO also have to tell all about their national trade and economic policies as a first step in the accession process.

BOX I: India’s Domestic Law and Policies under scrutiny in the dispute:

Each one of these mentioned above were scrutinized and deliberated at length in the course of the proceedings and the 140-page panel report ( See Box II).

In its final conclusion, after a protracted process lasting over two years (See Box II), the WTO held that:

b. the DCR measures are not justified under the general exceptions in Article XX(j) or Article XX(d) of the GATT 1994.

In the view of the three-member panel, these nullified or impaired the benefits accruing to the United States under those agreements. The panel recommended that India ensure conformity of its measures with the obligations that it has under the TRIMs Agreement and the GATT 1994. However, the panel has not specifically recommended how this has to be done.

Developing countries comprise a majority of the current WTO membership. They pushed the WTO to commence the Doha Development Round (DDR) in 2001 at the Fourth Ministerial Conference (MC4 in WTO parlance) at Doha, Qatar.

An express decision of ministers there was to address the problems being faced by developing countries in implementing the WTO agreements. Meanwhile the US contends that ‘emerging economies’ like India and China should not even be treated as developing countries anymore. The decision of the panel must be seen in the overall context of imbalance of power within the WTO, else it is very easy to read the panel’s decision as simply one of violation of trade agreements. 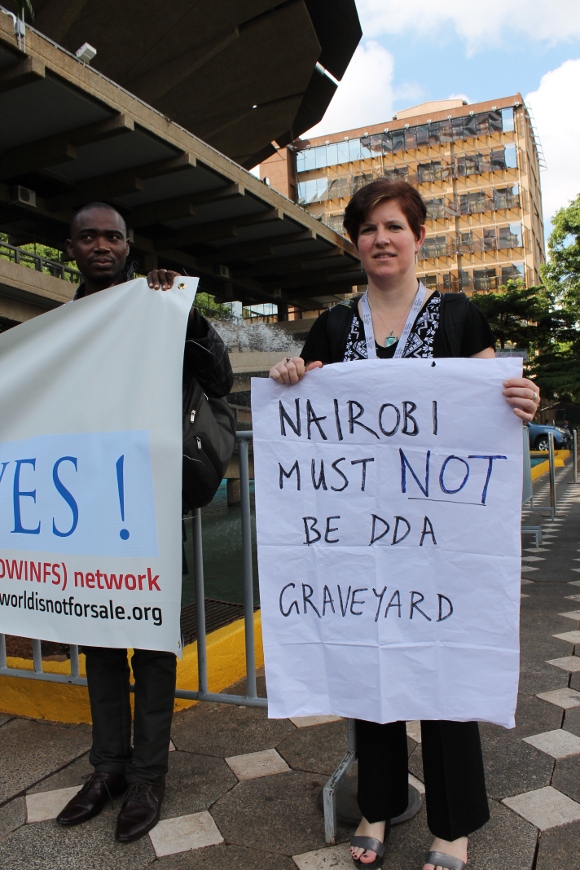 The DDR has languished without any meaningful progress even till the MC10, which was held in Nairobi, Kenya through 15-18 December 2015. The work ahead for the WTO ought to have been oriented towards making a positive contribution to the real developmental needs of disadvantaged populations and local communities, irrespective of where they are in the globe. In the light of the trade disputes being faced by India at the WTO (this is not the first), a much stronger position for the DDR ought to have been taken.

But what actually happened was that there was a near abandonment of the development agenda. In an organization where decisions are taken by consensus, members were unable to agree on whether or not to reaffirm the Doha Development Agenda in the Nairobi ministerial declaration.

The lack of a definite affirmative dilutes the developmental goals of the DDR. The post-Nairobi work will thus open the gates to a set of ‘new trade issues’ kept at bay thus far since the MC1 in 1996. If the WTO is to stay relevant to the world and not simply for trade, then it has to factor in the sustainable development goals.

The loss of power in relation to unequal trade rules is something that developing countries will have to continue to contend with in the WTO, whether through its DSM or otherwise. That space will have to be continuously navigated and rigorously negotiated, lest it eclipses development needs and environmental concerns.