Coal-based power plants: What is the government missing?

There has been a series of publications in recent years by civil society groups like Greenpeace, Urban Emissions, Centre for Science and Environment on thermal power plants which have made headlines in India.  Some of the country’s premier engineering institutes have also came out with an extensive review on atmospheric pollution from coal based thermal power plants in India, such as this from the  Indian Institute of Technology, New Delhi in May 2014.

A simple Google search on the health impact of thermal power plants in India will yield millions of results. A recent scientific publication in a highly rated open source journal PNAS showed how the per- hectare yield of rice and wheat have decreased over the last decade owing to the increasing concentration of aerosols produced as secondary pollution from thermal power plants.  The problem was grave and pressure from civil society as well as attention from research institutes made it imperative for the Government of India to come out with the first ever draft notification on specific emission standards for coal-based thermal power plant.

The Centre for Science and Environment which recently published the green ratings of thermal power plants in India has welcomed the move of the Government and expressed satisfaction with the new norms proposed. “We believe these lower standards are acceptable given technical and economic limitations in installing pollution control equipment in older units” said Priyavrat Bhati, CSE’s Director for Green Ratings Project through the official press release.

The Narendra Modi-led government has been much criticised for diluting the environmental law of the country in order to accelerate industrialisation and the compliments for the draft standards make one curious to explore if it is indeed going to be effective in reducing emissions and providing cleaner air.

Will it really help?

It is admissibly difficult to understand the concept behind selection of categories. The older units should be classified based on the years of operation, which the proposed standards do not mention in the categorisation.

Secondly, the category ‘After 2003 to 2006’ creates a lot of confusion, especially when the third category is meant for units which are predicted to be operational from 2017. Does that mean that there will be no standards for the units commissioned between 2006 and 2017?

As per latest data from Government of India, the total power generation in India till April 2015 stood at 272687.17 MW, out of which 165235.88 MW came from coal-based thermal power plants. The government’s thrust on quick clearances to projects and minimum hurdles for developmental projects makes it imperative that the strictest standards be notified without any further delay.

The draft notification is also silent on the criteria for measurements of 24-hour average, yearly average and calculations of temperature, pressure, correction of water vapour content of waste gases and O2 content. All of these are very important in specifying standards of emission.

Now let’s come to the standards themselves. The emission standards laid down for thermal power plants for existing and older thermal power plants are much more relaxed – allowing for up to six times higher counts in cases of SOx (Sulphur Oxides) and NOx (Nitrogen Oxides).  Even if we go by the standards followed in European Union which themselves are termed to be one of the most relaxed, the Indian standard seems to be considerably more lax.

The European Union (Large Combustion Plants) Regulations 2012 classifies thermal power units into Schedule I (units before January, 2016) and Schedule II (later January 2016). For the older units which were in operation before 2003, the emission standards are relaxed up to 800 mg/Nm3  for SOx and 450 for NOx, but with an additional condition that they do not operate more than 1,500 operating hours per year as a rolling average over a period of five years.

The 1500 operating hours per year translates into 62 days per year. Compare this with similar standards in India which is densely populated and most of the older thermal power plants are located in concentrated pockets, operating 24x7 for 365 days. 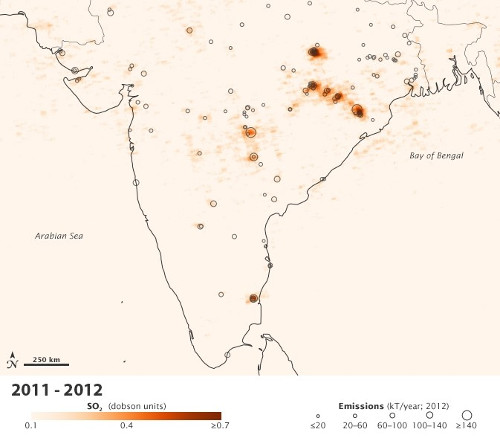 Standards of mercury: Just an eyewash!

Mercury is a deadly toxic heavy metal and it is present in coal in minor amounts. A government document indicates that Indian coal ash has an average mercury concentration of 0.53 mg/kg, based on measurements from a few selected power plants. Recent studies have shown how mercury from coal power plants has entered into the bloodstream of local people in India.

The proposed emission standard of 0.03 mg/Nm3 is far more than what the thermal power plants are emitting. The emissions calculated in some thermal power plants by the Central Institute of Mining & Fuel Research (a government funded institute) in 2014 ranged between 0.00424 mg/Nm3to 0.0148 mg/Nm3 in fact.

Also, there are no standards prescribed for older units (before December 2003) of less than 500 MW capacity, while the most dangerous mercury emitting thermal power plants were built prior to 2004. 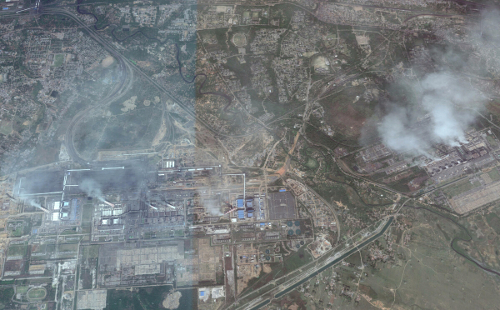 In terms of water consumption, the draft notification lays down the following standards:

India is already a water-stressed country with one of the highest growing populations. Experts have warned that by 2025 India’s water demand may surpass supply and in the coming decades, the nation may well become ‘water scarce’. Many of the thermal power plants are located in water scarce regions and cooling towers based on dry air cooling are a must.

This figure of 4 m3/MWh laid down for plants with OTC is actually the current average specific water consumption by the thermal power plants today. In its report published in February (2014), the CSE had criticised thermal power plants for consuming water at an average of 4m3/MWh which is double the permissible limits for global counterparts in China (2.5 m3/MWh) and the US (2 m3/MWh).  In the new standards, it was expected that water consumption limits would be reduced to 2 m3/MWh.

This as well as the guidance value of 3.5 m3/MWh  for existing CT-based plants are in conflict with the Central Electricity Authority’s (CEA) guidelines which suggest 3.0 m3/MWh for all thermal power plants with wet cooling towers. The only relaxation as per the CEA guideline is 3.6 m3/MWh for the units which are in their first year of operation and which use fly ash disposal in wet slurry mode.

The strictest standard of water consumption of 2.5 m3/MWh is to be followed only in units from January 2017, which will not make any major difference to existing scenario.

According to a report by McKinsey in January 2014, India’s energy demand, which was nearly 700 million tons of oil equivalent (mtoe) in 2010, is expected to cross 1500 mtoe by 2030. Its dependence on imports is expected to increase from 30 per cent to over 50 per cent, suggesting the need for a new way forward. In the 2030 BAU scenario, 60 per cent of India’s power generation is assumed to come from coal, taking coal demand up to 750 mtoe.

Are the proposed standards comprehensive enough?

All of these are hazardous air pollutants emitted by coal-based power plants and are known for their adverse impacts both on our health and the ecology.

Greater emphasis was also due on the toxic metals such as Mercury, Cadmium, Hexavalent Chromium, Nickel, Selenium, and other chemicals like Ammonia, Fluoride, Phenols, Phosphorus, Sulfide, Coliform bacteria in the liquid discharge.

Pre-existing rules allow the inland thermal power plants to discharge water at temperatures that are 10 degrees Centigrade higher than that of the receiving water body. The World Bank guidelines suggest a maximum temperature change of 3 degrees for thermal power plants but the proposed standards ignore this aspect as also that of radioactivity.

It is also noticeable that the emission standards prescribed are rather generic in nature and may not be effective in overall reduction of pollution in power generation hubs near coal mines where large amounts of coal are burnt. For example, one 660-MW plant with emission at 100 mg/Nm3 may sound quite good, but what if there are a number of thermal power plants with cumulative capacity of thousands of megawatts?

In the final analysis, therefore, the draft notification on emission standards is a welcome step in that it broaches this very critical subject, but the content needs improvement and reconsideration if it is to address the actual challenges adequately.

Equally important would be strict regulation by monitoring agencies since the objective of such notification will be defeated unless there is complete compliance by the companies. For some emissions in particular, the implementation of technologies must be prioritized if the targeted reductions are to be achieved. For instance, significant reduction in SO2 and heavy metals will never be possible unless there is a clear mandate for installation of Flue Gas Desulphurization Units. Till transparent and independent monitoring is practised, real change may not come about.

The original representation made to Government of India on the Draft Notification.

Debadityo Sinha is an environmentalist and activist based in Mirzapur. He is founder of Vindhya Bachao and an independent consultant on environmental issues. He has also petitioned in several litigations related to thermal power plant, dam and river conservation.