Girls get the power to refuse child marriage

In West Bengal, girls are being empowered to refuse early marriage thanks to a state government initiative that enables them to stay longer in school. The Kanyashree Prakalpa scheme has been remarkably successful in curbing child marriage and promoting girl child education, says Saadia Azim.
29 January 2016 -

When Anu Nayak turned 16 she knew that her life was going to change – and not for the better. Like her elder sister she too would be expected to drop out of school and perhaps like her she too would be eventually have to be okay with an early marriage.

Nayak was acutely aware of the fact that her misfortunes were directly linked to her family’s dismal financial situation. Her father, a municipal sweeper, in Midnapore town of Paschim Medinipur district in Bengal, would slog all day on the streets but come nightfall he’d squander his earnings on alcohol. Consequently, there was hardly any money left to keep the kitchen fires burning let alone fulfil any other need.

Being the daughter of a sanitation worker, who belongs to one of the most backward and outcast communities, depravation and discrimination had been an integral part of the teenager’s life for as long as she could remember. So naturally, she was mentally prepared to give up the ‘perk’ of schooling after which she knew she parents would start talking marriage. “In my community girls did not study beyond Class Five. Why would it have been any different for me?” she remarks.

The government scheme to rescue

Things, however, did turn out quite differently for Nayak and her sister, all because the West Bengal government launched the Kanyashree Prakalpa scheme that promises a one-time grant of Rs 25,000 to girls 18 years and above, who have remained unmarried to pursue an education or professional training.

Moreover, the initiative extends to all unmarried girls between 13 and 19 years with the state Department of Women & Child Development and Social Welfare providing them an annual scholarship of Rs 500.

When her mother got to know of this scheme she not only got Nayak’s sister re-enrolled into school but also gave up on the idea of pulling her out. 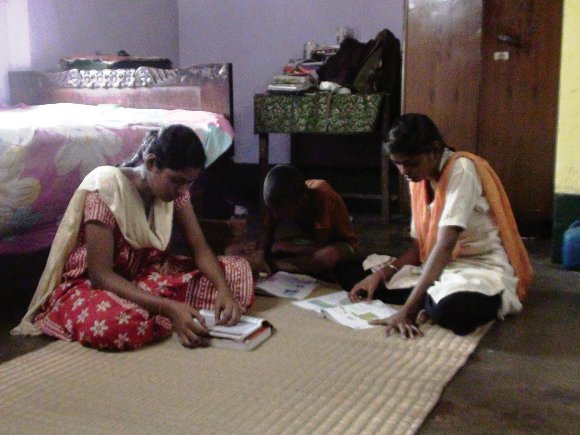 Anu Nayak and her sister, Bharti, are happy to remain in school thanks to the government scheme. Pic: Saadia Azim\WFS

“My grandmother who earlier was insisting upon my sister’s marriage stopped insisting that my parents look for a groom. She realised we would be entitled to the cash benefit being given by the government. My sister Bharti and I have decided to continue with our education even after school with the money we receive,” says Nayak with a wide smile.

This conditional cash transfer scheme is one way in which young girls in Bengal can get a fair shot at enjoying their childhood and even securing their future. Indeed, neither the odds nor the statistics paint a favourable picture.

According to government data, out of the total number of 1.73 crore adolescents (10-19 years) in the state – incidentally, they make up 20 per cent of the population – 83 lakh, or 8.3 million, are girls. While children in this age group have a tremendous potential for physical and mental growth, they are also considerably vulnerable to falling victim to harmful social practices, particularly child marriage.

As per the third District Level Household Facility Survey (DLHFS), Bengal ranks fifth among the Indian states with a high prevalence of child marriage. In fact, around 55 per cent of married women between 20-24 years have been pushed into matrimony before they turned 18. Under age marriage is significantly higher in the rural areas where high dropout rates and the threat of trafficking feed this unfortunate reality. 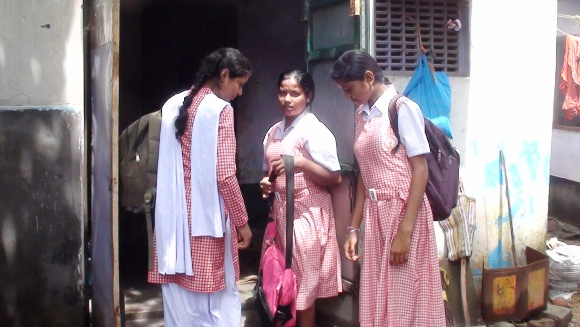 Across Bengal, girls are getting back to school and those at the verge of being pulled out are continuing their studies. Pic : Saadia Azim\WFS

When the Kanyashree Prakalpa scheme was being conceptualised, a couple of factors were taken into consideration. It was felt that the greatest obstacle to girls' education was child marriage, domestic responsibilities and early pregnancy. So, if early marriage could be discouraged then it would automatically mean a better life for them later on and keeping girls in school was the best way to deal with this grave problem.

Why the scheme worked?

Ever since it was launched in 2013, the Kanyashree scheme has been immensely popular. The “simplicity of design, easy accessibility, targeted communication strategy, convergent implementation and focus on raising the financial, social and self worth of the girls" has worked in its favour. In fact, in the first year, more than 16 lakh girls in Paschim Medinipur district got registered under this scheme.

The modalities are straightforward. At the village level, the gram pradhan works in tandem with the Block Development Officer, to provide an income certificate – monthly earnings of not more than Rs 10,000 – which is one of the key criteria for registration.

The municipal corporation councillor through the district administration does the same in towns. The head teachers of the nearest secondary/higher secondary schools have been instructed to help applicants in the process and facilitate the opening of a bank account. At the same time, banks have been directed to open the accounts by setting up camps in schools. The Kanyashree application and the account opening form are submitted at school.

According to Tafajjal Hossen of Bankibandh Anchal village in Salboni block, which is a hotbed for Naxal violence, “Although girls covered under the scholarship scheme get small annual support of Rs 500, for families whose annual income is not more than Rs 50000, even this is a big support. In addition, the child feels empowered as she gets a bank account in her name.” 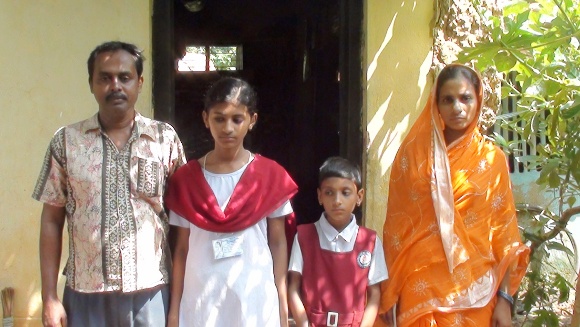 Rumni Jasmin’s parents have abandoned the idea her marriage and want her to pursue a meaningful education.Pic: Saadia Azim\WFS

For Rumni Jasmin’s family in Satbanki village of Salboni block, their teenage daughter is a true trendsetter as before her no woman had either studied beyond Class Five or managed to bring in money.

“My mother always wanted me to study but my father, a small time lottery ticket seller, was keen on getting me married. Many of my peers in the village have already tied the knot, but somehow I have escaped it,” she says happily. It was at the behest of their Pradhan that she had applied for the scholarship. “These days, I see girls going back to school so that they can also get a bank account and scholarship,” she adds.

“It’s my dream to become a teacher,” shares Sutapa Hati, another youngster from Satbanki, “Earlier, it seemed impossible for one to pursue studies. Sometimes the school would be closed and sometimes my parents would fear for my safety, which is generally a matter concern for most families in the area. Of course, with this support coming in my resolve to have a career has only gotten firmer. I will definitely complete my education.”

For the remarkable impact it has already had the Kanyashree scheme has been recognised by UNICEF and Department of International Development (DFID) as a model for curbing child marriage and promoting girl child education. And the state government is now planning to expand the programme by reaching out to educated women in order to help them build their career and livelihood.