Those in the 50-plus age group form the second largest chunk of HIV infected persons. But this group is clearly not at the heart of the AIDS control programme. Puja Awasthi reports.

Seema Singh's sentences are peppered with the adjectives, saaf (clean) and ganda (dirty). The first she uses for herself, the second for her HIV positive status. Ever since this 52-year-old, Lucknow school teacher discovered her condition two years ago (during a blood test preceding a surgery), she has alternated between silence and shame. The silence is used as a weapon against her husband, a 56-year-old bank employee who she blames for infecting her with the virus while, shame is her defence for cutting off all social ties.

"How could a clean woman like me be infected with this dirty disease? This is God's way of punishing me", she reasons.

Singh's reaction is not unique among people of her age. According to Rahul Mishra, a Kanpur-based consultant of dermatology, venerology and AIDS medicine, people of the 50+ age group view their positive status very dimly. "Younger PLHAs (people living with HIV-AIDS) are better read and better informed. They consider their condition manageable. I have young PLHAs coming to me wanting to marry their negative partners. Advances in medicine have made that possible. However, for the older age group, HIV remains a death sentence."

The numbers of PLHAs in the 50-plus age group form the second largest chunk of total HIV infections in the country. According to the Technical HIV Estimation Report (see this link) published by the country's National Aids Control Organisation (NACO), in 2009, approximately 2.39 million people were living with HIV in the country. Of these, 13.2 per cent were above the age of 50. In 2008, the share of the 50-plus age group in the total infections (2.44 million) was 12.5 percent.

Thus, while the total number of HIV infections in the country has fallen, the number of infections in the 50-plus age group is rising. Mishra says this could be worrisome. "If people are diagnosed much later in their lives (despite having been infected with the virus earlier), they could have reached the stage where the first line of treatment becomes ineffective", he says. When treatment is initiated at a later stage, there is increased risk of mortality. Also, with age, other health problems start to show up and impact wellness as a whole.

However, as 83 per cent of the HIV infections in the country occur in the 15-49 age group, the 50-plus group is clearly not at the heart of the AIDS control programme. These victims are also left off the testing radar, as they are considered a group with little or no sexual activity. 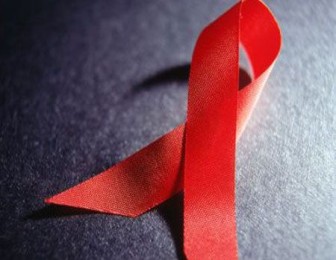 Laxmi Srikhande, senior vice president of the Federation of Obstetric and Gynaecological Societies of India (FOGSI) says, "The biggest concern for policy makers, and correctly so, is women in the reproductive age group, as mother-to-child transmission (MTCT) is high. A child born with HIV becomes a huge burden on the country's resources. For women, who have crossed the reproductive age, it is more an individual health problem. Such women are also socially in a better position, unlike younger women who may be shunned by their in-laws and husbands. The older population is emotionally mature to handle its status, and often turns to religion for solace. For the young, burdened with family responsibilities, this is not an option."

In addition to lack of specific focus, older PLHAs also have the spending pattern of the AIDS control programme stacked against them. A relatively small portion of the programme funds goes into care, support and treatment. According to NACO's annual report of 2010-11, (link) while 67.20 per cent of the total funds went into prevention activities, only 16.9 per cent went to care, support and treatment. Also, many drugs of choice used in the programme in India have negative side effects, which can become more pronounced in an older age group (for this reason, they have been abandoned in other parts of the world).

Lucknow-based Sumit Roy, 54, battled with finding the right combination of drugs in the government set-up for months after he was detected positive in 2006. "I was first diagnosed with tuberculosis. Then they found out that my CD4 count (a measure of infection fighting white blood cells) had fallen below 200. The medicines I was given did not work with the TB medication. I turned to the Internet for information and support. Finally I had to seek help from a doctor in Delhi for my medication to be tweaked appropriately."

Roy's act of turning to the virtual world and away from the real might have been initially driven by compulsion, but even after he had come to terms with his condition ("I was plain unlucky", he says), he continued to shun human company. He took up meditation and exercise as a means of recovery, but outside that, confined himself to the company of an ailing mother.

Having given up his job in Delhi, he lost his circle of friends and made no new ones in Lucknow. "Developing a relationship is difficult even though I know I need to get back into a more social environment. I want to be upfront about my status, but am not sure of being understood", he says.

While Roy is single, Amitabh Awasthi, the President of the Lucknow Network for Positive People (LNP+) says that in his seven years of work in the field he has observed that those in the 50-plus age group tend to become more aloof and asocial upon discovery of their status. "The young deal with the discovery in a very matter-of-fact way and do not delve into its source. Older people tend to think too much and are often consumed by guilt. If they have unsettled children, they concentrate on them and shun other ties", he says. They are thus also less likely to seek support groups or counselling.

Mala Kapur Shankardass, sociologist, health social scientist and gerontologist, says, "Older people are more ashamed and are very reluctant to discuss their health issues, they do not want to seek medical help also. They try to hide their symptoms with excuses of old age." This reluctance to seek medical help is however not HIV-specific, as India's older population is generally lackadaisical in its approach to health, believing itself to be of little value to family and society. In the case of HIV - when coupled with ignorance - it becomes dangerous.

As in the case of Bhanu Pratap, a 55-year-old head constable in the reserve police forces, who believes that HIV is a condition just like any other, and will be cured by medication. Living away from his family (which is ignorant about his status), Pratap says he leads a "normal" life that includes unprotected, paid sex. "Since I started my medicines, the pain in my knees is much better. The other problem will also be cured soon", he beams. Clearly, the strong awareness campaign within the police forces has made no impact on him.

At the other extreme is Singh (quoted earlier), who says, "My life is over. My only wish is to get my two sons married off. I can then die peacefully".

Between Singh and Pratap the fact that medical advances in the field of HIV have been far swifter than those in other fields and the condition can be managed to lead a long, productive and healthy life, with proper precautions is lost. This breach in the country's efforts to tackle HIV cannot be ignored for long.