The spirit of a public hearing must be respected, says a recent verdict from the Delhi High Court, refusing to accept the literal interpretations of the rules which the environment appellate authority used. Kanchi Kohli reports.
12 December 2009 -

Even as India's Parliament is waiting to debate (or not!) the newly-proposed National Green Tribunal Bill, the High Court of Delhi has yet again served a judgement that can put to shame the regulatory responsibility of the Ministry of Environment and Forests (MoEF). Dated 26 November 2009, the reasoned 36-page set of contentions has also brought to light yet again the spineless functioning of the National Environment Appellate Authority (NEAA) (see here and here). It may be borne in mind that it is this NEAA that the National Green Tribunal (NGT) seeks to replace.

But for now, here is the story behind my strong statements above. On 26 July 2007, MoEF officials stamped a clearance for Panduranga Timblo Industries for the renewal of a mining lease for the production of 200,000 tonnes per annum (TPA) of iron ore at Rivona village in South Goa. The two mines covered by this new lease had earlier been functional from 1980 to 1994, digging out iron, manganese and ferro manganes. Thereafter, until 2006, the mines were not in use. But with an revival of interest for such ore in China, Korea and Japan, the mine owner applied for a renewal of the lease.

At the same time Pandurang Timblo applied to the MoEF for environment clearance. This is mandatory for any mining operation over 5 hectares, and a standard procedure to obtain such clearance is prescribed under the Environment Impact Assessment (EIA) notification, 2006. This includes preparation of an EIA report, holding public hearings in the project area, and scrutiny by an Expert Appraisal Committee (EAC). These steps were gone through, and the approval was given.

However, Utkarsh Mandal, a farmers' society in South Goa filed a case before the NEAA claiming that there were irregularities in the approval given by the EAC. The NEAA, established in 1997, is the designated authority before which any grant of environment clearance can be challenged. The case was heard by a 3-member panel without a Chairman or Vice Chairman of the authority being present (the NEAA has never held a full-member review of challenges; it has been under-staffed from its inception). The three members - J C Kala, K Prasad, and I V Manivanan - gave their verdict on 14 October 2008, dismissing Utkarsh Mandal's appeal. 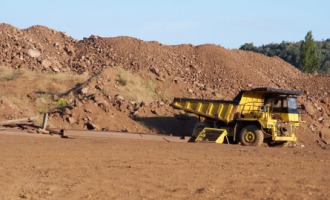 The minutes of the EAC meetings have only a passing reference to the public hearing on the said project.

•  Study the impacts first
•  Exempt, but not exempt
•  Red flags over green tribunal

In sum, Utkarsh Mandal's claim was that the EAC did not apply its mind in understanding the opposition to the project, and that the body should have noted various procedural violations and therefore denied the company's application. Further, they claimed that the EIA report too was defective and deficient in fully assessing the potential environmental damage from the mines.

Ironically, when the case was heard before the NEAA, innovative interpretations and responses appeared, all of which were recorded in the NEAA order of 14 October 2008.

The NEAA first declared that the EIA largely covered "all the critical aspects of mining project" and therefore the contention of the appellant could not be upheld. The authority also did not agree with the claim that the mining activity would be damaging environmentally as well as socially. According to the NEAA, adequate safegaurds and conditions in the clearance letter could ensure this. But who is to enlighten the NEAA of the dismal state of monitoring companies' compliance with environment clearance conditions? There are six regional offices of the MoEF, with 2-3 officials in each to monitor over 6000 projects (see: this link.)

If that's incredible, it is simply shocking to observe how the NEAA dealt with the next point. The petitioners claimed that the EIA should have been made available to the local panchayat one month before the date of hearing. The NEAA, however, did not see it this way. Instead, the NEAA upheld Pandurang Timblo's response - that only the notice of the project hearing needs to be issued a month in advance, and this notice needs to say where the documents pertaining to the hearing would be made available, but the documents themselves need not be available on that date!

About the 100 per cent objection to the mine from locals, Pandurang Timble countered that by pointing to a dated 9 September 2007 written to the District Collector of South Goa by 57 persons from Rivona and neighbouring villages, supporting the proposed restarting of the mines. The company also argued that there were 9 other mines in the area, which the locals were not objecting to. This, it claimed, showed that the locals' opposition was malafide.

On to the High Court

When their appeal before the NEAA was dismissed, Utkarsh Mandal took its case to the Delhi High Court. And here, the appellants were armed with some new strength. During an appeal before the High Court, the applicant is allowed to file additional information. Very interestingly, through a Right to Information application a critical conflict of interest was revealed.

M L Majumdar, the Chairman of the EAC which approved the proposal from Pandurang Timblo, is a retired 1966 batch IAS officer. It was revealed that at the time of grant of clearance to PT, he was himself a Director of four mining companies namely, Uranium Corporation of India Limited, R B G Minerals Industries Limited, Hindustan Dorr-Oliver Limited and Adhunik Metaliks Limited. Justice S Murlidhar of the Delhi High Court took serious view of this. But A S Chandhiok, the Additional Solicitor General, appearing for the ministry, said Majumdar's stake in the mining sector should not matter, since he was only one of the members of the EAC, and the decision of the majority would anyway prevail.

Justice Muralidhar didn't agree. The High Court's judgment cites several administrative case laws and judgements of the Supreme Court. When it comes to the Utkarsh Mandal case, it noted that 'procedural impropriety' could be grounds for reversal of a judgment, as in the decision of the Supreme Court in Tata Cellular Co. v. Union of India (1994) 3 SCC 651 (SCC, at p. 677-78). While the entire judgment is welcome, a few points are particularly noteworthy, for their larger relevance:

The judgment also commented upon the rush to clear projects by the MoEF. On this Justice Muralidhar states, that "the unseemly rush to grant environmental clearances for several mining projects in a single day should not be at the cost of environment itself. The spirit of the EAC has to be respected. We do not see how more than five applications for EIA clearance can be taken up for consideration at a single meeting of the EAC. This is another matter which deserves serious consideration at the hands of MoEF."

With this and other sound reasoning the court "kept aside" the environment clearance granted and invoked a cost of Rs.10,000 on each of respondents which they have to pay to Utkarsh Mandal.

But is this truly an era of change, or simply an pleasant abberation? An order like this can kindle some hope. The sensitivity and regard that a regulatory system ought to embibe has had to be stated obviously through such written committment. Which is why the question about the NGT in the opening paragraphs. Is setting up a new institution with bleaker mandate than the NEAA a solution to the problem like the cases above, when the problem bears the mask of political thinking?