No respite from hunger

Findings from the CAG's audit of India's flagship nutrition programme show that hunger and malnourishment among children prevail even in the most prosperous of India's states. Himanshu Upadhyaya reports on the disturbing findings of the ICDS audit.
29 May 2013 -

On 22 April 2013, close on the heels of a new and hard hitting report by UNICEF on child malnutrition, a Conservative member of the British House of Commons expressed his views on child malnutrition and stunting. Even as he expressed hopes that on the threshold of several prominent international meetings on the issue, the moment was opportune to raise the issue of child malnutrition and stunting, a performance audit report on India’s flagship nutrition programme, the Integrated Child Development Services Scheme (ICDS) was tabled in Parliament in a quiet manner earlier this year. Both media and members of Parliament do not seem to have debated this audit report and its findings enough, with the exception of a few news stories based on state-specific audit comments on the functioning of ICDS.

The ICDS is India’s flagship centrally-sponsored scheme for the nutritional and developmental needs of children below six years and pregnant and lactating mothers. About a decade ago, the Comptroller and Auditor General (CAG) had carried out a performance review of ICDS in the report for the year ending March 31, 1999. That performance review had revealed that the policy to universalise ICDS remained unattained and the scheme could not achieve the desired goals. Among other findings, it was reported that the Supplementary Nutrition component had failed to improve the health status of beneficiaries, implementation of the component of health check-up and referral system was found deficient and full coverage under immunization could not be assured due to non-fixation of targets and absence of monitoring mechanism. An “Action Taken Note” on the audit findings reflected thereupon was filed many years later. 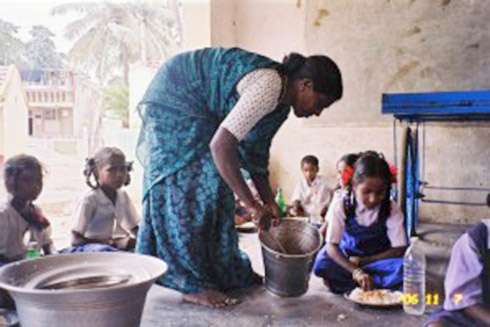 Another performance review by CAG revisiting the functioning of the scheme has entered the public domain earlier this year on 16 January. It has covered three components of ICDS, namely Supplementary Nutrition, Non-formal Pre-School Education and Health Education for the period 2006-07 to 2011-12. The audit involved scrutiny of records of the five programme divisions in the Ministry of Women and Child Development (MoWD), Food and Nutrition Board, National Institute of Public Cooperation and Child Development and the implementing agencies in 13 states of Andhra Pradesh, Bihar, Chhatisgarh, Gujarat, Haryana, Jharkhand, Karnataka, Madhya Pradesh, Meghalaya, Odisha, Rajasthan, Uttar Pradesh and West Bengal. In all, the audit test-checked records in 67 districts, 273 projects and 2730 Anganwadi Centres (AWCs).

The audit reports that out of Rs 50587 crore spent on the scheme, Rs 30861 crore (i.e. 61 percent) was spent on Supplementary Nutrition. However, based on the norms on Recommended Dietary Allowance (RDA) and Average Dietary Intake (ADI) the funds required for providing Supplementary Nutrition worked out to be Rs 40,604 crore and hence there were shortfalls ranging from 15 to 36 per cent.

The reasons for shortfalls in expenditure were severally identified as non-assessment of the requirement of funds, short provision of funds in the budget, short release of funds by the ministry, inadequate allocation of state share, release of the funds at the fag end of the financial year, delay in transfer of funds by ICDS directorate, non-finalisation of tenders for procurement of food material and non-availability of targeted number of children in AWCs.

While the scheme prescribed a maintenance of growth chart/card for every child by AWCs for assessing their growth, using weight-for-age as an indicator, audit scrutiny revealed that there was a significant shortfall, as 33 to 47 per cent children were not weighed during the period. The data on nutritional status of children also had several discrepancies and were not based on World Health Organisation’s standards.

In 11 test-checked states/ UTs the shortfall amounted to more than 50 percent of beneficiaries and only in six states the shortfall on this aspect was less than 25 percent of beneficiaries. To this audit observation, MoWD sought to explain in reply (July 2012) that “shortfall in growth monitoring was on account of non-enrolment of children at AWCs and gaps in their attendance, as ICDS is a self-selecting scheme.” It further stated (November 2012) that it was continuously reviewing with states/ UTs to optimise the coverage of beneficiaries.

The CAG notes that the replies from MoWD suggest the low reach of the ICDS scheme. This also underlines the failure to put in place a robust Information, Education and Communication programme for community mobilisation.Â Â Â

The analysis of statewide data on nutritional status of children indicated that the North-eastern states fared better, where the percentage of normal children vis-a-vis the total number of children weighed was satisfactory.

In five other states/ UTs, the percentage of such normal children exceeded 70 per cent of those weighed:

The total number of malnourished children (Grade I, II, III and IV) exceeded the 40 per cent mark in 10 states/ UTs:

What is surprising in this is that when we try to plot these ten states/ UTs to delineate ‘the hunger map of India,’ it belies our perceptions as it doesn’t throw up to us either what was termed by mainstream media for many years as BIMARU states, or simply the states that have witnessed left wing extremism in recent years. The hunger map of India today also comprises of states that have been boasting about having attracted investments - such as Haryana and Delhi.

The number of severely malnourished children exceeded one percent of total weighed children in eight states as per data provided by the MoWD: 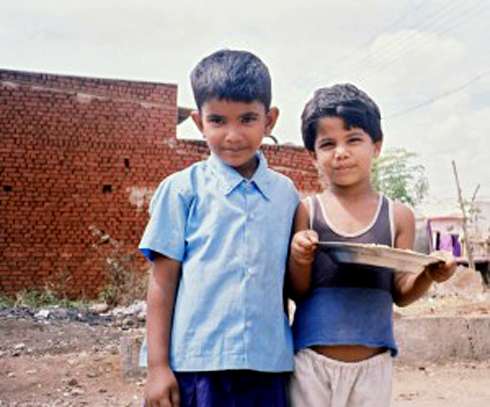 While the MoWD has decided to implement WHO Growth standards from the year 2008 in place of the Harvard standard that it had been using since the inception of ICDS, the audit scrutiny revealed that even after four years, the same were yet to be introduced in almost 41 percent of operational AWCs. The reply from the MoWD on the audit observation showed that in Haryana and Chandigarh, the printing of charts was in progress, while status of introduction of these charts was not known by the ministry in the case of 9 states/ UTs.

The audit scrutiny on the coverage of beneficiaries revealed a gap of 33 to 45 per cent between the number of eligible beneficiaries identified and those receiving benefits of Supplementary Nutrition throughout the year during the period 2006-’07 to 2010-’11. The Ministry of Women and Child Development’s records further showed a discrepancy between year-wise data on number of beneficiaries reported by the Ministry and those reported by the States through their Statements of Expenditures.

The ministry in its response to this finding on its failure to reconcile the two sets of data (July 2012) states that ICDS is a self-selecting scheme and it was not mandatory to reach an unwilling target group. However, this response fails to clarify the reasons behind such indicated low response of targeted beneficiaries to the services offered under the scheme. The ministry had provided no information on the reasons for the unwillingness of 33 to 45 percent targeted beneficiaries. Neither had it indicated the measures required to be taken to improve the coverage of the scheme necessary for its universalisation. The audit also noted shortfalls in the implementation of Information, Education and Communication (IEC) activities aimed to create awareness about the scheme.

Audit scrutiny also brought to light the shocking supply of sub-standard food by AWCs in several states. In Andhra Pradesh, a social audit of 154 AWCs in Anantpur district conducted by the Council for Social Development (CSD), New Delhi pointed out that the ‘ready to cook’ mixes were unpalatable. It also carried out physical inspection and found that some of these items had a sticky texture and became inedible within minutes after preparation. There had been reports of children falling ill from 18 AWCs after consuming it.

What is all the more shocking is the fact that even after the CSD’s social audit observation was made available to the state government, the supplier A. P. Foods Pvt Ltd continued to supply these mixes till November 2011. Audit teams were shocked to notice that there was no system of watching the expiry date of food items. Thus similarly in Gujarat, audit came across instances of supply of flour after expiry. What is worse, it was noticed that when this was returned, the supplier merely reprocessed it, changed the gunny bags and resupplied the same. In Gujarat, instances of supply of sub-standard flour having 15 grams of insects per 100 grams of flour were also noticed.

The expenditure per beneficiary per day on providing supplementary nutrition to children remained consistently low compared to stipulated norms. The inadequate quantity and quality of nutrition provided at many AWCs was evident from the gaps in calories/micronutrients as recommended under the norms of the scheme and those actually provided to beneficiaries, not to mention the disruption in services.

Even as civil society in India debates the proposed Food Security Bill, the state of affairs on the implementation of ICDS stares us in the face shockingly. We need to engage not only with the latest CAG audit report but also look at the state-specific audit findings in order to get an in-depth picture and to be able to go to the bottom of the problem.

Meanwhile, there is also a need for media to remodel the hunger map of India by breaking free from the stereotypes constructed earlier. It is time we found an answer to why states boasting economic growth and trumpeting achievements at Global Investor Summits continue to have a significant percentage of children living in severe malnourishment.

Himanshu Upadhyaya is a researcher working at the Azim Premji Foundation, Bangalore.