Why large dams aren't a water solution for the future

The uncertainty of the nature and extent of climate change impact on the water sector calls for adaptive and flexible measures to effectively combat and address the issues likely to arise in the future. Shripad Dharmadhikary quotes from a recent report of an IPCC Working Group to establish the fact.
17 June 2014 -

In India, climate change has mostly been seen as an issue of international negotiations, notwithstanding our National Action Plan on Climate Change and the eight missions within it. However, climate change and its effects are critically important domestic concerns for India, for climate change is likely to severely impact crucial sectors such as agriculture and water.

Unfortunately, often the main response of India’s water sector establishment is a trivialised argument that since climate change will bring more variability in precipitation, we need to create many more large storages to even it out. This argument is being used to justify and push for many more large dams.

A recent report of the Intergovernmental Panel on Climate Change (IPCC), among other things, belies this simplistic argument. It highlights the serious impacts of climate change, including on water, and offers crucial insights for India on how to factor in climate change related risks into water resource plans.

The IPCC is “the leading international body for the assessment of climate change… a scientific body under the auspices of the United Nations (UN). It reviews and assesses the most recent scientific, technical and socio-economic information produced worldwide relevant to the understanding of climate change”.

The report of the Working Group II (referred to as the Report hereafter in the article) was accepted and released on 30 March 2014 and a look at its specific findings related to water provides crucial direction for water sector management.

The Report emphasises that climate change is indeed going to have very serious impacts on water resources and water systems. These changes in turn would lead to severe impacts in areas like agriculture, ecology and human livelihoods.

Some of the important impacts highlighted by the Report are as follows:

“In many regions, changing precipitation or melting snow and ice are altering hydrological systems, affecting water resources in terms of quantity and quality. Glaciers continue to shrink almost worldwide due to climate change, affecting run-off and water resources downstream.” This is very important for India as the Himalayas support a large part of our water system.

“Many terrestrial, freshwater, and marine species have shifted their geographic ranges, seasonal activities, migration patterns, abundances, and species interactions in response to ongoing climate change…. Based on many studies covering a wide range of regions and crops, negative impacts of climate change on crop yields have been more common than positive impacts.” This indicates that life forms are already trying to adapt by shifting geographical locations and other behavioural patterns, but it also indicates that plant species, particularly those of interest to humans, are likely to suffer negative impacts.

Coming to impacts more specific to water systems, the Report notes that:

“A large fraction of both terrestrial and freshwater species faces increased extinction risk under projected climate change during and beyond the 21st century, especially as climate change interacts with other stressors, such as habitat modification, over-exploitation, pollution, and invasive species.”

“…(C)oastal systems and low-lying areas will increasingly experience adverse impacts such as submergence, coastal flooding, and coastal erosion…global marine-species redistribution and marine-biodiversity reduction in sensitive regions will challenge the sustained provision of fisheries, productivity and other ecosystem services.”

“Climate change is projected to reduce renewable surface water and groundwater resources significantly in most dry subtropical regions. This will exacerbate competition for water among agriculture, ecosystems, settlements, industry and energy production, affecting regional water, energy and food security …Climate change is likely to increase the frequency of meteorological droughts (less rainfall) and agricultural droughts (less soil moisture) in presently dry regions by the end of this century…”

Apart from the likely severity of the impacts, one of the key messages of the Report is the inherent uncertainty of the impacts. This is partly due to the complexity of climate phenomenon, absence of adequate tools and models for small enough scales, as also due to impacts of other anthropogenic non-climate factors like habitat destruction, excessive use of resources etc.

The uncertainty extends to the severity of the impacts, their timings and their geographical spread. For example, talking about evapotranspiration, which is the direct evaporation of water plus the loss of water via transpiration by plants, the Report says that it could either increase or decrease, and even the extent of change is uncertain. Projection of future hydropower generation is also identified to be subject to “uncertainty of projected precipitation and streamflow”.

Due to the overall uncertainty involved, the Report, when presenting its projections, qualifies these with terms like “high confidence”, “medium confidence” etc. Moreover, impacts are often specified in terms of the range of likely changes, rather than very specific numbers. Impacts can also change with different models and assumptions for different parameters – thus, the Report often presents differing impacts under different scenarios.

So what does this uncertainty mean? It clearly implies the need to deepen and widen studies to narrow the knowledge gap. However, there is also a far more important implication for the approaches that we use to adapt to climate change. As the Report notes, “One of the key challenges in factoring climate change into water resources management lies in the uncertainty” and “Responding to climate-related risks involves decision-making in a changing world, with continuing uncertainty about the severity and timing of climate-change impacts and with limits to the effectiveness of adaptation”.

Where flexibility is critical

Future uncertainty clearly means that our means of adapting to it should be flexible. We should not lock ourselves into any one path and we should retain the ability to change course mid-way. This patently militates against giant infrastructural solutions that involve long gestation periods and high financial outlays. All of these are the very antithesis of flexibility. And all these are the hallmarks of the large dam, a pet and preferred solution of the Indian water establishment to fight variability in future water flows and precipitation.

The recommendations of the Report for adaptation are very important in this context, for they indicate a direction virtually opposite to that of this approach of building huge and expensive storage structures on rivers. 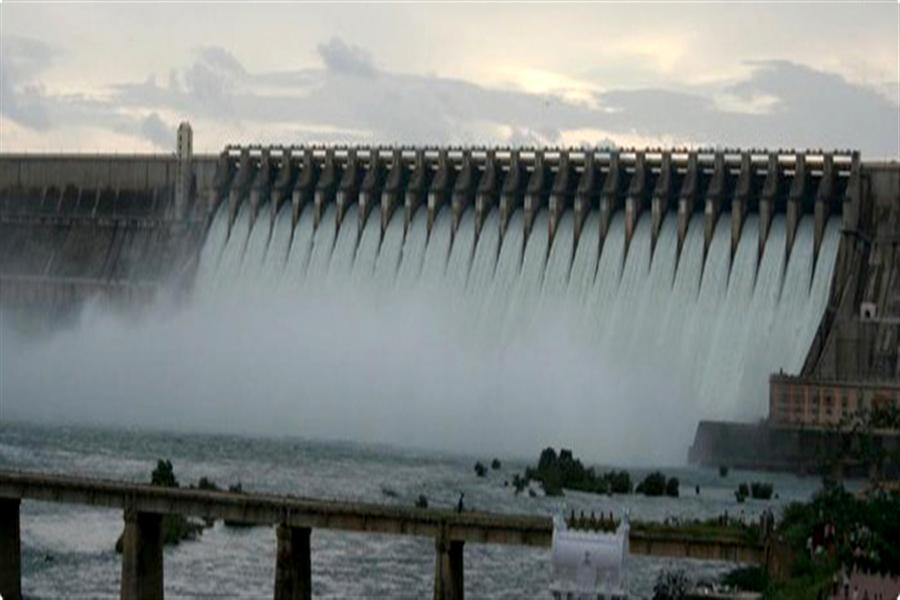 The Report recommends what it calls an “adaptive management approach.” To quote directly, “An adaptive approach to water management can address uncertainty due to climate change. Adaptive techniques include scenario planning, experimental approaches that involve learning from experience, and the development of flexible and low-regret solutions that are resilient to uncertainty.”

One key word here is flexibility, so that you don’t get locked in any one solution. For example, in the Himalayan region, the prediction is that due to glacial melt, there will be an initial increased flow in the rivers. With large number of big dams already being proposed in the Himalaya, there is a push to build even bigger storages (or justify planned ones) to reap the “melt-water dividend”.

However, it is costly – larger dams mean more money, larger submergence and larger downstream impacts. And if the increase in run-off is not as much as thought of, then for the most part the storage would remain partially empty. This is an example of rigidity, getting locked into one course of action. Instead, flexible solutions are needed which will allow one to adjust to changing circumstances.

We should note that measures with high costs and large investments, particularly those that require lumpy investments (substantial investment in a single unit or project), are inherently more risky, less flexible and less “low-regret”. Large dams are precisely such high cost investments.

Indeed, the Report itself implicitly questions the large dam storage as a climate adaptation measure. It says, “Storage capacity expansion would help increase hydropower generation but might not be cost-effective”, and “Increased irrigation upstream [mainly through large projects] may limit water availability downstream.” The Report also points out that in tropical regions, “the global warming potential of hydropower, due to methane emissions from man-made reservoirs, may exceed that of thermal power…”

Another keyword here is low-regret - that is, if the solution has benefits other than climate adaptation, there would be no regrets in having undertaken it even if it does not meet climate objectives. This means, for example, that a soil water conservation programme based on watershed management, that increases groundwater storage, would be a better option because it has other, non-climate benefits as well.

In fact, this is exactly one of the things that the Report suggests. “Under climate change, reliable surface water supply is expected to decrease due to increased variability of river flow that is due in turn to increased precipitation variability and decreased snow and ice storage. Under these circumstances, it might be beneficial to take advantage of the storage capacity of groundwater and to increase groundwater withdrawals.”

The Report also reminds us that “Approaches that are resilient to uncertainty are not entirely technical (or supply-side), and participation and collaboration amongst all stakeholders are central to adaptive water management.”

No dams, but then what?

So, if we eschew faux measures like large dams and reservoirs, what are the appropriate solutions for adaptation to climate impacts in the water sector? We can do no better than end with this quote from the Report which lays down precisely the approach that is appropriate.

“A flexible portfolio of solutions that produces benefits regardless of the impacts of climate change (“low-regret” solutions) and that can be implemented adaptively, step by step, is valuable because it allows policies to evolve progressively, thus building on – rather than losing the value of – previous investments. Adaptive measures that may prove particularly effective include rainwater harvesting, conservation tillage, maintaining vegetation cover, planting trees in steeply-sloping fields, mini-terracing for soil and moisture conservation, improved pasture management, water re-use, desalination, and more efficient soil and irrigation-water management. Restoring and protecting freshwater habitats, and managing natural floodplains, are additional adaptive measures.”