Defending the right to legal aid

Convicted of murder without a lawyer to represent him during the trial, a man was finally set free by the Bombay High Court after a human rights lawyer obtained the landmark order that upholds the constitutional right for legal aid in case of indigent and poor undertrials.
08 April 2008 -

Forty-five-year-old Baliram Dalvi was sentenced to life imprisonment in 1999 by a sessions court in Alibaug which found him guilty of murdering a fellow villager in a dispute over tap water. He spent 10 years in prison. He was not represented by a lawyer during the trial. The lawyer Dalvi had engaged dropped out after the initial proceedings and the Alibaug court convicted him without hearing his defence. Three other co-accused in the case who had lawyers representing them at the trial were acquitted. Dalvi was consequently sentenced to a life-term without a lawyer who could cross-examine the prosecution witnesses and defend his case.

By an order on 5 December 2007, a Division Bench comprising Justice R M S Khandeparkar and Justice Amjad Sayed of the Bombay High Court not only quashed the conviction and sentence, but also set the accused free without ordering a re-trial. Ordinarily, in matters where the High Court sets aside the trial conducted by the lower court, the proceeding is remanded back to the trial court for a re-trial. This, however, was an unprecedented order where the High Court set the convict free.

Dalvi had been charged under Sections 302, 323 and 120-B of the Indian Penal Code (IPC) for having committed the murder of one Shankar Shelar and voluntarily causing hurt to one Chandana Shelar on 10 February 1997. He was arrested on 13 February 1997. The charge was framed on 14 February 1998 by the Sessions Judge in Raigad, Alibaug to which Dalvi pleaded 'not guilty'. By a judgment on 15 February 1999, the Sessions Judge acquitted the other three accused and convicted Dalvi under Section 302 of the IPC. Dalvi thereafter appealed against the judgment of the Sessions Judge. The lawyer appointed by the Legal Aid Panel to represent Dalvi in the High Court failed to appear and Human Rights Law Network's advocate Rebecca Gonsalvez was appointed by the Court to represent him. 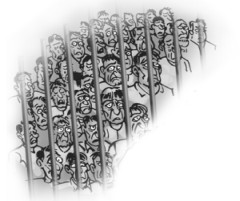 Going through the records of the trial, Gonsalvez pointed out to the High Court that Dalvi had not been represented during the trial. Relying upon the Supreme Court decision in Sukh Das & Anr. v/s the Union Territory of Arunachal Pradesh [AIR 1986 SC 991] - where the court had held that legal service was an essential ingredient of reasonable, just and fair procedure and therefore free legal aid at the cost of the state was a fundamental right of an accused - the advocate appearing for Dalvi stated that having been denied his fundamental right to free legal aid in the Sessions Court, the conviction order was bad in law and therefore Dalvi ought to be acquitted.

It was also pointed out to the court that members of the legal aid panel ought to be pinned with some level of accountability to appear in matters where they had been appointed, and that failure to do so should invite a penalty including deletion of the advocate's name from the panel. It was also brought to the court's attention that the fee structure of the Legal Aid Panel being dismally low, the panel did not attract quality work on the part of the lawyers and therefore it was necessary to review the same.

The Sessions Court is charged with a duty to enquire whether the accused needed legal assistance, said the justices.

The advocate appearing for the State accepted that there had been a failure on the part of the Sessions Court in letting the trial go ahead without the accused being represented by a lawyer. But the advocate also submitted that there was no case to acquit the accused on that basis. It was pointed out that the Sessions Court had asked the accused if he wanted to cross-examine the witnesses, a request that he had declined. It was also brought to the attention of the court that Dalvi had been specifically asked if he would like to engage an advocate at the cost of the government but that he had refused the offer.

In light of this, the court examined the provisions of Section 304 of the Code of Criminal Procedure, which sets out, "where in a trial before the Court of Session, the accused is not represented by a pleader and where it appears to the court that the accused has not sufficient means to engage a pleader, the court shall assign a pleader for his defence at the expense of the state".

The provisions of the Legal Aid to Unrepresented Accused Person in Cases before the Court of Session Rules, 1982 framed under Section 304 of the CrPC were also referred to. The Bench concluded that the provision of the law casts a duty upon the Sessions Court to assign a pleader for the defence of the accused in the circumstances specified therein and observed, "The legal assistance to unrepresented accused in a Sessions Case is ... his statutory right and undoubtedly it is an obligation of the Session Court to ensure that there is due compliance of such right of the accused before he is tried and convicted."

"Failure on the part of the Session Judge in this regard would certainly result in denial of the statutory right guaranteed to the accused person in a Sessions Case. Besides, denial of legal assistance would also result in violation of constitutional mandate under Article 21 of the Constitution of India."

Quoting from the judgement of the apex court in the Sukh Das case, the Khandeparkar-Sayed bench set out that the Supreme Court's observations highlighted the need for Sessions Judges to be alert and conscious towards their obligations to ensure that the mandate of Section 304 of the CrPC was complied with 'in letter and in spirit'. The record in the matter did not reveal that the accused had been asked whether he wanted legal assistance at the time of cross-examination, only that he had declined to cross-examine the witness himself.

The court therefore held that the impugned order had been passed in violation of the provisions of the law and thought it a fit case to not only quash the impugned judgment but also acquit Dalvi who had been in jail since February 1997. Furthermore, the Court also recorded that the fee structure for legal aid panel lawyers of 1997 had become outdated and required to be reviewed. Finally, along with a word of appreciation for the services rendered by HRLN lawyer Rebecca Gonsalvez in the matter, the Court directed the state government to pay further fees of Rs 5,000 to the advocate for her commendable work in the matter. This is how Dalvi was able to walk free after languishing in jail for 10 years in the absence of legal aid that he needed so badly.

This article is republished from Combat Law, Volume 7, Issue 2, under our Space Share program for publishers of other magazines.