Wanted: Trains equipped for the sick and infirm

In the concluding part of her series, Malini Shankar looks beyond the needs of the physically challenged and emphasises the criticality of appropriate facilities and infrastructure that would make train journeys convenient for those travelling for medical reasons.
25 December 2013 -

The need to implement steps to make rail travel more inclusive and efficient by focusing on the needs of people with mobility challenges has been stressed time and again. However, apart from physically challenged people, there are passengers who need special treatment during travel and it is time for Indian Railways to wake up to their issues as well. 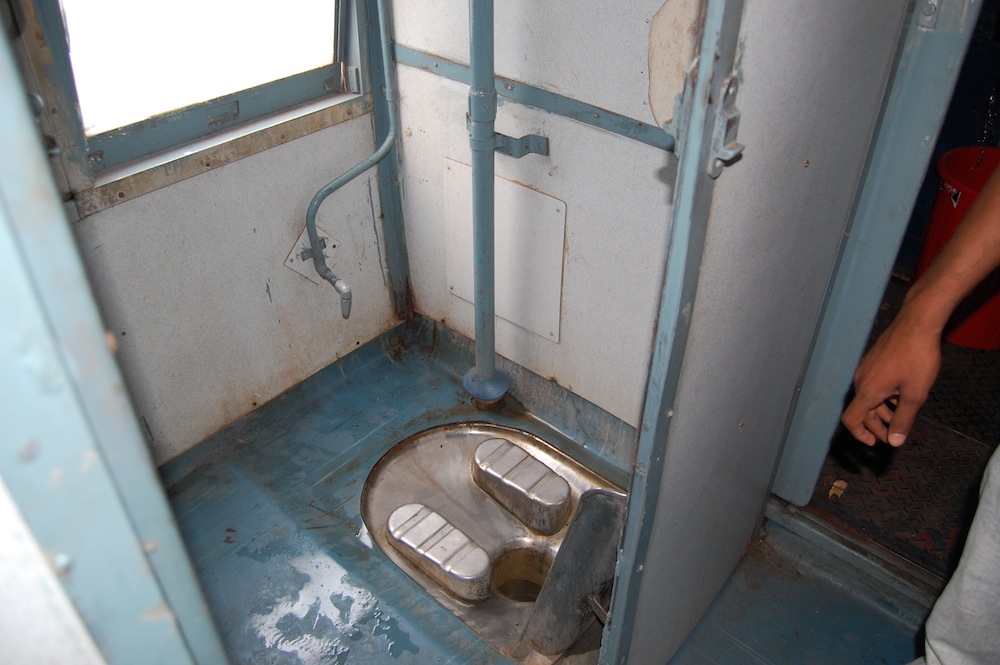 There are no western toilets in a number of short to medium distance trains in India. And there is not enough space for wheelchair bound passengers to wheel themselves into the train toilet. Photo credit: Malini Shankar

Consider, for example, terminally ill cancer patients who are referred to the Kidwai Memorial Institute of Oncology (KMIO) in Bangalore from all over the country. Although the cancer patient and his/her attendant gets 75 per cent fare concession for train travel, journey by train is not in the least comfortable or suitable for such patients.

Neither the Indian Railways nor the Kidwai Memorial Institute of Oncology offer ambulance transfer facilities for patients referred. Ambulances, even if privately deployed, cannot drive up to platforms in most railway stations for lack of facilities and infrastructure. I learnt this from a personal experience in February 2005. On 11 March, 2007 I had written an article for The Statesman detailing this tragic incident that I had myself witnessed. Portions of this article have been reproduced below:

The PRO of the Bangalore-based Kidwai Memorial Institute of Oncology, Siddalingaswamy says "indeed there is a need for coordination for transit of terminally ill patients referred to KMIO. This needs to be taken up by the Railway Board at a national level, possibly based on the recommendations of KMIO. For us it is difficult to do this because only about 5 per cent of the patients referred to KMIO are terminally ill; moreover those who come here get themselves admitted only a couple of days after arrival in Bangalore. Those accompanying the patient often stay in their relativesÕ homes. When terminally ill patients are coming by train, on a humanitarian basis we do send an ambulance for transit from railway station to the KMIO hospital, but it does not happen oftenÓ he concedes.

Admitting that coordination is difficult, Siddalingaswamy suggests that the best way to help sick or terminally ill patients travelling by train would perhaps be to offer 100 per cent concession/ticket waivers for the referred patients. This is the space for NGOs to do their bit for society,Ó he adds. Attempts to seek a response from India Inc. through the offices of the Confederation of Indian Industry on existing or planned interventions in this regard only met with evasive responses. Repeated attempts to contact the Chief PRO of the Indian Railways Mr. Anil Saxena to get the RailwaysÕ perspective about referred patients also proved futile.

Neither the Indian Railways nor the Kidwai Memorial Institute of Oncology offer ambulance transfer facilities for terminally ill patients referred to the Institute. Ambulances, even if privately deployed, cannot drive up to platforms in most railway stations for lack of facilities and infrastructure.

•  When travel arouses dread
•  Learn from the world

It is not just terminally ill cancer patients coming to KMIO in Bangalore (or other cancer institutes), patients are often referred cross country to facilities like AIIMS, PGI Chandigarh, and NIMHANS all the time for different kinds of treatment. Those referred to private sector hospitals such as Narayana Hrudayalaya in Bangalore, Medanta Hospital in Gurgaon or Escorts Hospital New Delhi, are not eligible for fare concessions. This perhaps underlines the need for a dedicated train car at least to facilitate transfer of critical/terminally ill/severely handicapped /referred patients. That it needs to be staffed by trained personnel needs no reiteration.

As of now, "mentally retarded persons with an escort are eligible for concessions on both seasonsÕ tickets and 1st and 2nd class tickets in both mail and express trains (except in Duranto and Garib Rath trains) as well as on Shatabdi and Rajdhani trains,Ó says F.R. Michael, Senior PRO South Central Railway Vijayawada Division. (Though the term Ômentally retardedÕ is considered politically incorrect and insensitive, Indian statutes still use it, points out Mamtha Rajesh a Counsellor in Bangalore, perhaps revealing the official attitude towards such patients.) Passengers with certain mental health disorders could be prone to violent behaviour in stressful circumstances, justifying the need for accompanying passengers. They also get 25 per cent concession on the all-inclusive fares of Shatabdi and Rajdhani trains for travel in 3rd class AC and AC chair car. 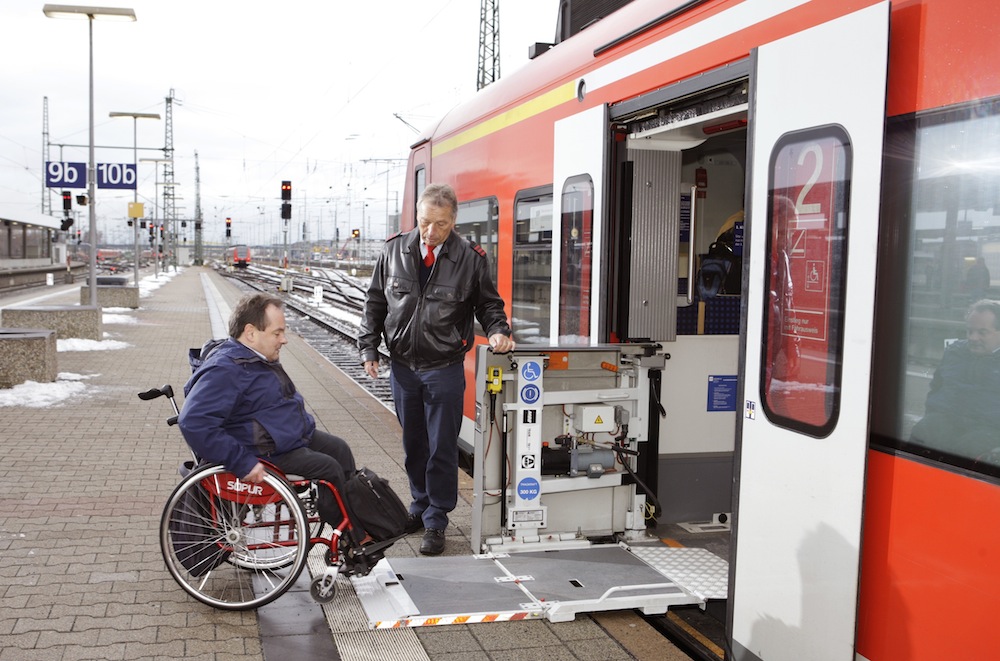 "In Duranto and Garib Rath trains, concessions are not available because the fares are low in any case,Ó says Michael. Concessions are also available for thalassemia and cancer patients, TB patients, and heart patients if they are travelling for periodic check-ups or admission in a recognised hospital/sanatorium. However, mental patients with disorders such as Schizophrenia or Bipolar Disorders, clinical depression etc. are not eligible for train fare concessions in India. In European and North American trains, people with such disorders having legitimate ID cards are eligible for 100 per cent fare waiver for themselves, accompanying passengers as well as a pet animal. Room is available for wheelchairs and cycles too.

For example, "All persons who have a "Schwerbehindertenausweis" (an identity card that proves that they are severely handicapped) can travel free on the entire network of Deutsche Bahn AG - the German National Train Service. Accompanying persons or pet dogs can travel for free as well,Ó says Julia Haas, Sales & Marketing Executive non-European Markets International Sales of Deutsche Bahn AG, in Frankfurt Germany in an email interview. Clearly Indian Railways has miles to go before it sleeps easy on its management laurels.

Malini Shankar is a wildlife photojournalist, radio broadcaster and documentary filmmaker based in Bangalore. She is also the CEO of Weltanschauung Worldview Media Centre (www.wwmcindia.com)