How long before we can address mental health issues humanely

On World Mental Health Day, Pushpa Achanta shares the struggle of some mental illness survivors she met recently and hopes that our nation's Mental Health Program is implemented by the government earnestly.

The term mental illness most often triggers association with terms such as Down’s Syndrome, autism or cerebral palsy, instead of schizophrenia or bipolar disorder. Not many are aware that the former constitute developmental or mental or intellectual disability, while the latter are two of the most commonly occurring mental illnesses.

The lack of knowledge of what mental ‘illness’ connotes and the difference between it and mental ‘disability’ is one of the reasons why most persons with ailments such as schizophrenia and bipolar disorder do not get the assistance and support that they require from healthcare professionals or their families.

Often, the stigma associated with admission of the fact that an individual in the family is mentally ill and needs medical intervention, can act as a deterrent. This is because a mentally-ill person often runs the risk of being declared insane if one visits a psychiatrist.

Even if the patient meets a psychiatrist once or on a regular basis, this fact is usually kept a secret from the rest of the family, friends and neighbours. The reason for this is that the survivor could well be ostracized from his community, workplace or educational institution once knowledge of his illness becomes public. 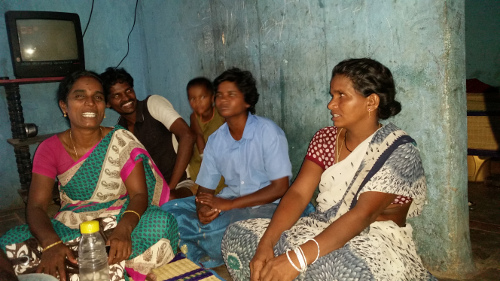 A mentally ill person is considered to be or an embarrassment or burden, who is incapable of social interaction or displaying ‘appropriate’ behaviour in the presence of familiar or unknown persons. The social discrimination could lead to contemplation or attempt of suicide many among them .

“I feel that some of my psychological functions are impacted due to the medication that I have been taking for nearly forty years. However, that does not mean I do not have any emotions at all or have a desire to be with myself all the time. Also, I have been a relatively quiet person always and am an introvert by nature and that has nothing to do with my ailment”, reveals 63-year-old Pradeep S, who was diagnosed with schizophrenia when he was in his twenties, studying for his doctoral degree in analytical chemistry.

It is heartening to note that Pradeep has received sustained emotional support from his parents, siblings, spouse and child, something which not all survivors of mental illness are blessed enough to have. In reality, many of them are wrongly declared unfit for intimate personal relationships and end up getting separated from their partner or spouse particularly after the diagnosis or while undergoing treatment.

Of course, there are instances in which the mentally ill person refuses to take medication and could display symptoms such as mood swings, hallucinations, nightmares or paranoia, all of which make it tough for family members to deal with the situation. Besides, symptoms could vary in type, frequency of occurrence and duration of an episode. Hence, counselling and support for the caregiver and members of the immediate family are among the vital aspects of treatment of any mental illness.

It is also crucial to remember that a mentally ill person is aware of her situation and is often fighting a lonely battle, especially with her mind and body owing to the ailment.

Sheela, aged 30, a resident of a village in Ponneri taluk of Thiruvallur district in Tamil Nadu and a survivor of mental illness says, “I live with my parents who are in their sixties and an older sister in her early thirties. My digestive system is able to only stand rice gruel, milk or dilute buttermilk, a couple of softened idlis and a specific brand of biscuits. However, my family members feel that I must try to eat different kinds and larger quantities of food even though I find that nauseating.”

Sheela understands their affection and concern for her and is keen to recover and support them financially. However, she says, “I am scared of riding a vehicle of any kind and do not like to be compelled. Further, I lack the stamina to walk long distances. I do not believe that any kind of medication will improve my health. I wish that my family members, neighbours, friends and community healthcare workers would respect my personal decisions always.”

Hailing from an economically marginalised family of labourers who all earn between a hundred and two hundred rupees a day, Sheela has studied up to middle school. Although she has lost all her teeth and some of her hair and is quite frail physically, she is known for her sharp memory, wit and outspoken nature. 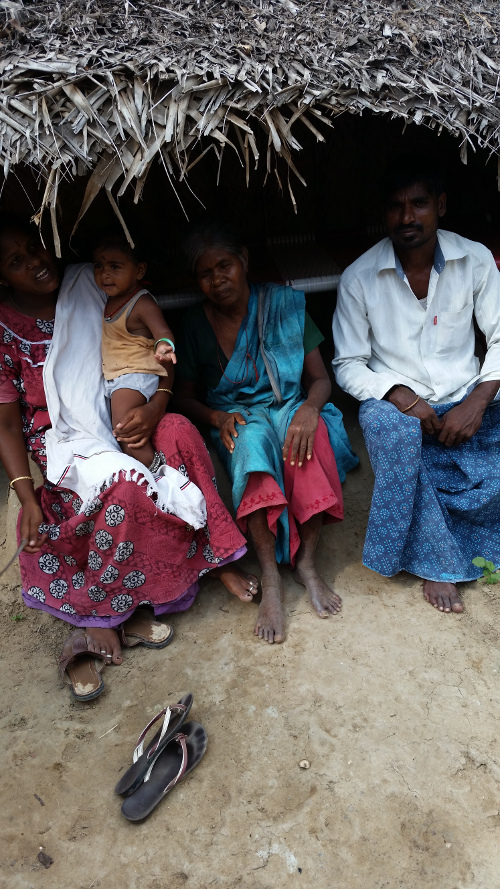 Admitted to the Tiruvallur district hospital with severe gastric pain and vomitting when she was around eighteen years old, Sheela was diagnosed as having symptoms of schizophrenia soon afterward. Although treatment for her schizophrenia was started then, she has refused to take medicines or consult a doctor ever since.

The nearest primary health centre is a few kilometres away and the taluk hospital is even farther. A psychiatrist visits the taluk hospital a maximum of 3-4 times a month instead of a few times per week, as is the mandate of the District Mental Health Program (DMHP). The fact that Sheela lives in a village where public transport is infrequent and the condition of roads is not satisfactory almost rules out the possibility of a physician visiting her house to examine her.

Although community health workers, such as Varalakshmi from a local non-profit organisation, have been meeting her and her family a few times every month, they can only provide basic emotional support to Sheela and her parents.

Living in the same neighbourhood as Sheela, is 51-year-old Rubina who is a survivor of mental illness, and is afflicted by depression and a partial loss of memory and cognitive abilities. Her only daughter Mariam, her infant granddaughter and her son-in-law who has speech and hearing challenges are the other members of this financially disadvantaged household.

Mariam, a daily wage labourer aged 28 years shares, “My mother has been depressed since the death of my brother more than a decade ago. I assist her in washing herself, changing her clothes and eating. My mother remembers only me and my late brother and plays with my daughter sometimes. I also take care of my family and home but do not have any support except for my husband. It is causing me exhaustion and I would like move my mother into a residential institution where she can be cared for well and I can visit her regularly.”

Mariam alleges that members of the support staff in the psychiatry department of the Tiruvallur district hospital do not permit her or her mother to see the doctor regularly. Instead, they prescribe the same medicines that she has been taking ever since she consulted the doctor first. The medicines induce extreme drowsiness in her.

According to Varalakshmi, the staff members of the Psychiatry Department usually prevent regular patients from meeting the doctor and prescribe the existing medication themselves. Further, they record nothing relevant in the notebook given to the patients except for their signatures and the seal of the hospital.

The doctor himself complains of the absence of additional physicians who can visit more taluk hospitals, support staff such as a nurse, as well as Education and Communication (IEC) material. However, he says that organising medical camps at the taluk level and issuing identity cards to mentally ill patients have proved useful. The card enables patients to receive the monthly pension of Rs 1000 that they are entitled to. This is also increasing awareness regarding mental illness and is thus reducing the stigma associated with it.

Then there is Jayamma, another survivor of mental illness, diagnosed when she was around 18 years old. Aged 27 years now, she belongs to a village in Poondi taluk which is also in Thiruvalluvar district. Hailing from a low income family with supportive parents and siblings who earn their living from agricultural labour, she works under the  Mahatma Gandhi National Rural Employment Guarantee Scheme (MGNREGS) whenever jobs are available.

Selvarani, a community-based rehabilitation worker associated with a local non-profit organization, stated, “People with disabilities or a mental illness are entitled to Rs 183 per day under the MGNREGS here. And they need to work for only four hours such as watching over the children of workers, supplying workers with water and tools et al. In addition to that, they are entitled to a monthly pension of Rs 1000. Of course, to receive all these specific benefits, people with disabilities must possess an identity card issued by the government that certifies them as having a disability or mental illness”.

According to the website of the National Mental Health Program (NMHP) which was created in 1982 but actually launched in 1996, the DMHP is supposedly active in over 100 districts across India, which is grossly inadequate for the estimated 15 lakh persons who are mentally ill. Also, only some of the district hospitals have the recommended 10 beds allotted for mental illness.

Morever, the Mental Health Bill 2013 which has been said to be progressive and inclusive in comparison with the existing Mental Health Act 1987, is yet to be passed. It is relevant to note that the new Bill lets a patient choose who will represent her or him in any matter and also opt for a treatment that is acceptable.

A fraction of mentally ill citizens consult private practitioners, as they are expensive and small in number. Hence, it is essential that the DMHP is extended and implemented in all districts particularly because it is the duty of the government to provide affordable and accessible healthcare to all, irrespective of the nature of the ailment(s) and the socio-economic status or identity of a patient.

Note: Personal details of the mental illness survivors were changed to safeguard their privacy.