With the instant triple talaq now declared unconstitutional, Shoma Chatterji finds it interesting to look back at how the Muslim identity has been represented in Hindi cinema and if it will change now.

The only film that comes to mind centered on triple talaq is Nikaah (1982)  directed by B. R. Chopra. Wrapped and packaged in glamour and spiked with generous doses of melodrama and lovely songs, the film took a very critical and incisive look at the system of triple talaq. The protagonist, Niloufer (Salma Agha), an educated, young and beautiful woman, is shocked when she finds herself treated like a ‘gift’ to be exchanged between her two husbands. The first one who pronounced ‘triple talaq’ in a fit of anger and the second husband who was in love with her from the time they were in college together and decides to hand her over as a “gift” to the first husband. She rebels for the first time and says that she is not a scrap of paper to be exchanged between men! It was a big box office hit that year. 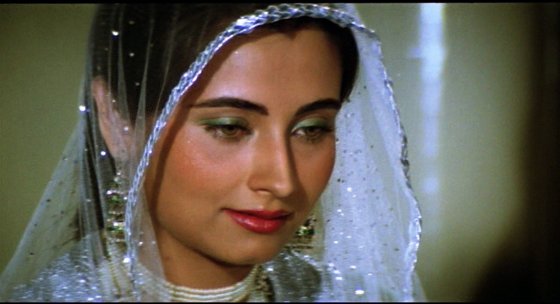 Chaudvin Ka Chand (1906) and Mere Mehboob (1963) were rooted and presented in the Muslim ambience that eliminated any feelings of communal conflict at the root. The Muslims in these film were rich, aristocratic and conservative, and therefore, not truly representative of the common man or the poor. The hero and heroine were romantic young men and women, peppered with the leading lady peeping from behind the burqua and the lover spouting romantic shayaris and singing ghazals to her. But they were big box office hits among the mass audience irrespective of their communal identity.

Alternately, one saw the Muslim identity in courtesan-centric films like Pakeeza (1972), Benazir (1964) and Umrao Jaan (1981) that reflected yet another image of Muslim aristocracy and feudal lifestyles. They belonged to the genre of the typical romance sometimes ending in tragedy. Stories that brought out the pathos of Partition among common Muslim families such as M.S. Sathyu’s Garm Hawa (1973) and Shyam Benegal’s Mammo (1994) were mere drops in the ocean that catered to a niche audience. Mahesh Bhatt’s Janam (1985) was a different cup of tea that presented a very good though a crassly commercial account of the victimization of a Muslim and his dead mother during the communal riots in Mumbai.

The picture, sadly, is different today. It is as if the average Muslim is trapped in the identity of a terrorist or a mafia goon or a professional killer, almost without exception. A bit of ‘lip service’ is paid by putting in a few Hindu members of terrorist or mafia groups but one understands the psychology – it is ‘lip service’ for fear of reprisals on grounds of communal partisanism to the majority community.

The Central Board of Film Certification (CBFC) has sometimes put its foot firmly down in having scenes deleted from some films for fear of hurting the sensibilities of the minority community. Mani Ratnam’s Bombay (1995) is a case in point. Ravi Vasudevan in Bombay and its Public (Journal of Arts & Ideas, No. 29, January 1996,) opines that the CBFC’s insistence on deletions of the given scenes was prompted by the censor board’s anxiety that they would lead to a re-kindling of anti-government sentiment among Muslims many of who assumed that the demolition of the Babri Masjid was a failure of the government to represent their interests.

From the mafia, gangster, terrorist, goon and professional killer at home, reflected in umpteen films from Company (2002) to Once Upon a Time in Mumbaai (2010) to Nishikanth Kamath’s Mumbai Meri Jaan (2008) to Amir (2008) and A Wednesday! (2008), the Muslim suspected as terrorist is now neatly placed on foreign soil such as in the US, UK, Istanbul, Kabul, London and Pakistan.

What necessitated this geographical/cultural/political shift to a different country? Are the producers afraid of the CBFC clamping a ban on their films? Or, is it because it is easier to get dates of top stars and shoot a film in a single schedule entirely on foreign soil? Or, are the powers-that-be behind these films scared of communal reprisals at home from both the majority and minority communities?

Rizwan in My Name is Khan (2010), brings out how every Muslim is labelled a terrorist. Shahrukh Khan’s My Name is Khan was shot entirely on American soil. No one even listens to his complete sentence when he says, “My name is Khan and I am not a terrorist” and pounces on him by presuming precisely the opposite. “My Name is Khan is a mirroring of the times, of wounds deep and fresh, through the eyes of a man whose autism – Khan has Asperger Syndrome, a high-function variety – makes him take things as they are without bitterness or sarcasm,” film critic Pratim D. Gupta points out. 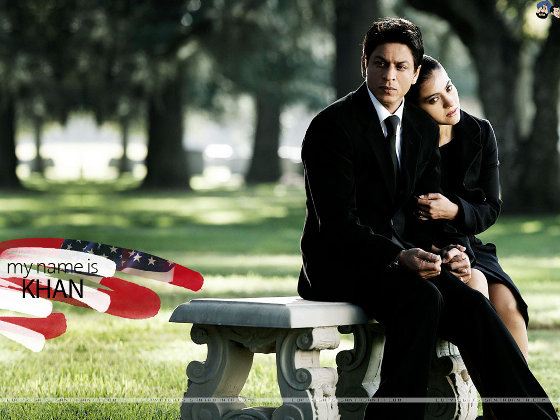 So long as the film was based in India, when Rizwan grows up under the tolerant tutelage of his wise mother, the scenario is credible and realistic. When the adult Khan shifts to the US to join his successful younger brother, the film uses melodrama as a cleverly disguised strategy to highlight the bias against the Muslim. The sophisticated packaging of the film does not take away the exaggerated melodrama executed with and supported by incredibly beautiful acting.

“My Name is Khan is also about Islam and the way the world looks at Islam. But we are not taking sides……,” mentioned Khan in one of his interviews. But this is not quite true. The Asperger Syndrome is a plot that runs parallel to the main plot of the socially, emotionally, morally and internationally scarred Muslim identity. It is a cleverly scripted strategy to hide the real intention of the film – a whitewashing of the honest Muslim next door who is as mainstream and as normal as the man on the street, Indian or American, Hindu or Muslim.

The 9/11 tragedy of the twin towers reduced to Ground Zero has done the most harm to the ordinary Muslim on the street than he ever could imagine in his worst nightmare. This comes across nowhere more intensely, strongly and sometimes, even credibly than in the post 9/11 Hindi films.

Since 2001, Hindi cinema, consciously or subconsciously, has been representing a certain image of the Muslim community. Innocent Muslims across the world in real life are being almost universally identified with a terrorist or a gangster or a member of the underworld and victimized because of their religion.

Will the situation change now?