ECONOMY / JOBS IN THE NORTH EAST

Looking beyond the chicken's neck

The economy in the North East is still largely based on subsistence-oriented farming. There is plenty of frustration arising out of inability to meet modern aspirations. What are the options for people to engage in productive work and earn more money? Surekha Sule has more.
17 April 2007 -

Think of the North East (NE) and thoughts that spring up in the mind are about ULFA, the Naga insurgency, killings, abductions, bomb blasts and floods. The reasons can be found easily. It is a media-made picture of this far flung part of India, almost as if nothing good is happening here. People in the NE too feel alienated from the mainland India and utterly neglected by New Delhi. 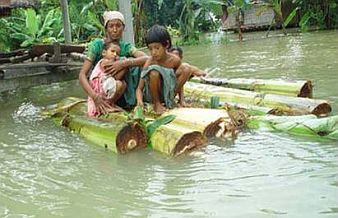 It has been observed that the economy in NE is largely based on subsistence-oriented farming. Still, absolute food security is not a problem except among extremely distressed people like the Bangla-speaking Muslims and Meishing tribals living in the disastrous flood prone areas. However, livelihoods problems are aplenty here, with inadequate cash incomes and frustrations arising out of inability to meet modern aspirations. In future, farm incomes will most likely prove to be grossly inadequate to even meet the subsistence needs and there is a pressing need for timely action towards livelihoods enhancement for a majority of the people.

Some donor agencies have been looking at the NE for interventions that would improve the situation. The Sir Ratan Tata Trust, jointly with International Water Management Institute (IWMI) initiated IWMI-Tata Programme (ITP) some six years ago. The ITP was to research the questions of water and land in the NE and the link to livelihood enhancement. Last year, the Trust gave a mandate to ITP to 'incubate ideas' in the NE for interventions which could later be translated into reality through grants.

Dr Sanjiv Phansalkar, ITP Director, says this mandate opened a front for researching the region. Considering the shortcoming of the researchers from the mainland who do not know or understand the NE that well, Phansalkar decided to tap into researchers in the NE itself. First a consultation was organised in Guwahati during 3-4 October 2006 inviting leading educational and social institutions such as IIT-Guwahati, leading environmentalists, and social sector functionaries. Here many macro issues such as recurrent flood problems, environmental degradation, dam and displacements and terrorism were discussed in emotionally charged sessions. However, nothing concrete came up on enhancing livelihood options for the people. 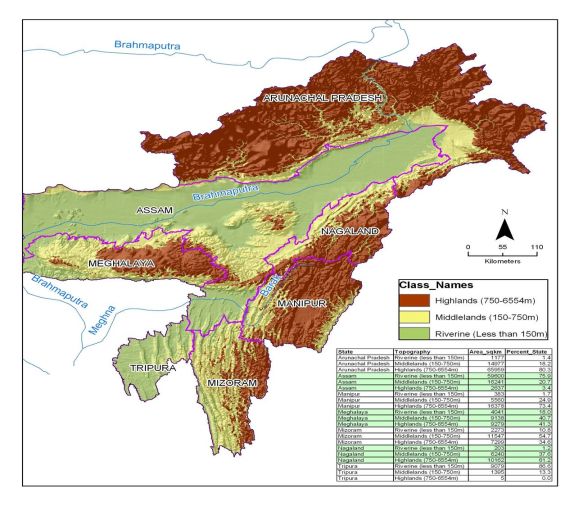 Thereafter, Santanu Ghosh and Mayuri Hazorika from Phansalkar's team went on a long tour traversing the length and breadth of the NE. They met a cross section of people, identifying who is working where, what are the kind of issues, what are the things dominating the public agenda, what is on the minds of people and so forth. They listed a large inventory of issues people have been talking about. But concrete ideas for livelihood enhancement did not emerge. Instead, everywhere people talked of social strife, alienation, tribal/land alienation, encroachment of forests, environmental issues.

After looking at secondary research (published work) and preparing a concept note, Phansalkar  a seasoned development professional himself - undertook a different research approach, and involved a team of members local to the NE. This team interacted with people over their current livelihood activities and whether these needed to be improved. This engagement finally produced results that earlier attempts did not. Several new livelihood possibilities did emerge out of which, six water related options were considered since ITP's core competency lies in water and land.

Assamese homes have backyards where they grow yams, papaya, banana, arecanut, coconut, etc., only for domestic consumption. There is further potential of growing surplus and earning cash income through its sale.

According to ITP researchers, SRI in ahu (Jan-May) season in most of the places and in sali (kharif, June-Oct) season in regions which are not affected by floods has an excellent potential in enhancing livelihoods. There is excellent potential for intensification of fisheries in riverine regions. Piggeries offer excellent opportunities for strengthening livelihoods for the tribal and the socially backward people in mid-lands and in hilly regions. Development of orchards has a good potential in much of the hilly region. Systematic effort for redesigning habitat has huge potential for stabilising livelihoods of the flood prone people. Finally, wherever security concerns are manageable, there is potential for developing eco-tourism and ethnic tourism in the region. "It is perhaps more prudent to launch support to a portfolio of appropriate options for a region among these rather than restricting to only one," opines Dr Phansalkar.

These ideas emerged out of overall interactive process after consultation with local people during field work conducted by local organisations/activists. So it was not as if some external agents like ITP with external perspective came up with six livelihood options that need to be 'pushed' in NE, says Phansalkar.

In conducting this research, ITP decidedly did not take people from reputed research organisations but picked up people who work on the ground in NE and told them what ITP was looking for. This was done on three grounds. First, they are closer to the reality and are in a far better position to understand the intricate details of the social-regional complexities which exist in that region. Such embedded research exploits the researchers' familiarity. Second are language and the various dialects in which only local people can best communicate. Third is to create process of buy-in. I.e, if some development oriented action is to be taken, then the people obviously need to buy into the idea. Involving the local people, getting ideas from them and putting them back into the process was helpful.

Phanasalkar says, "We were not worried too much about the purity of research methodology which can follow after getting the first cut of robust and very close to the ground picture of the whole place." He designed the central framework and shared it with them. The final structure was interactively decided after they commented on what will work and what not. Twenty-one studies were done, and virtually all of them by the people there. 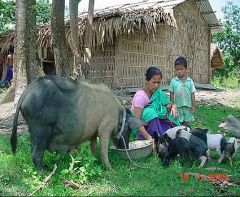 After those studies and analysis, it emerged that there is substantial amount of resource slack (untapped resources) which could be used to create livelihood options for the people. A simple illustration: scores of Assamese have backyards where they grow all food items like yams, papaya, banana, arecanut, coconut, etc., only for domestic consumption and do not make full use of the potential resource for cash income through its sale. A large number of plantations like pineapple, kiwi and livestock rearing are possible in the backyard. So using up the resource slack is first important issue.

However, implementation is where the challenges lie and this was documented by the ITP project. It is well known fact that the NE region has absolutely hopeless infrastructure. The last eight slots out of 28 states ranked by infrastructure facilities are occupied by eight NE states. It takes five hours to travel 60 km even for a fairly decent vehicle. "Here there is no way one can produce in NE and sell in Delhi," says Phanaslkar. So the options should be for products that are demanded locally.

But then if there is local demand then why was it not met through local production if it was possible? "Trade is certainly not controlled by the local people but is in the hold of Marwari communities. Also the rent-seeking (bribing by police and extortion by other elements) is rampant and infrastructure is bad. If one wants to sell in the Guwahati market, one has to pay to Police and certainly to extremist outfits," observes Phansalkar. The people in control of trade and the extremists groups seem to have an understanding. Thus local people have no way to capture local market, even if they are able to produce.

There are other issues regarding productivity. For one, there is a tradition of free grazing after kharif which means there is no second cropping. Secondly, the people's own mindset has been such that if there is enough after a kharif rice crop, then why take on a second crop? This is subsistence-oriented farming and there is absence of a market-oriented production tendency. Also, even if one wants to produce beyond household consumption to sell in the market for higher cash income, one does not know how to produce because of lack of skills, technology and information. So ITP's observation is that while there is demand for food and food related items in any 20 km radius, it is either met through outside supplies or people go without it.

The challenges may be many, but the ITP research did result in a deeper understanding of the livelihood problems in the NE. Researchers conceptualised the NE into three geographic regions: Upper Assam, Lower Assam and Hill States. Each of these regions was again seen as high lands or hilly lands, mid-lands and riverine flood prone lands, thus giving nine sub-regions. The project came out with sub-regional papers which looked at the social and economic situation of the sub-region, summed up past livelihoods enhancement efforts in the region and undertook an ex-ante assessment of the selected six livelihoods options.

Any agency that wishes to intervene can now look at these options after deciding in which region and among which communities they want to work. "Of course selection out of these six options is not the last word and there may emerge other suitable options," admits Phansalkar. However, Phansalkar and his team have set a fine example of embedded research worth emulating by research fraternity in India.

Surekha Sule is a freelance journalist and environmentalist based in Mumbai, and a Media Fellow of the Ministry of Water Resources of the Government of India.