AGRICULTURE / CRISIS BACK TO VIDARBHA

He did not wait for the governments new sop

Shattered by a complete failure of crop this year, and looming debt, the three-acre farmer in Yavatmal, Mahrashtra, followed what tens of other farmers have done in Vidarbha in the past. Jaideep Hardikar reports.
14 December 2008 -

Yavatmal: Jaideep Parashram Rathod, 40, did not wait for the state government's new sop: a possible loan waiver scheme for farmers who repay their crop loan regularly.

Shattered by a complete failure of crop this year, the three-acre farmer in Tiwsala village, in Yavatmal's Ghatanji tehsil, Mahrashtra, followed what tens of other farmers have done in Vidarbha in the past. He killed himself by hanging from a tree in fields. 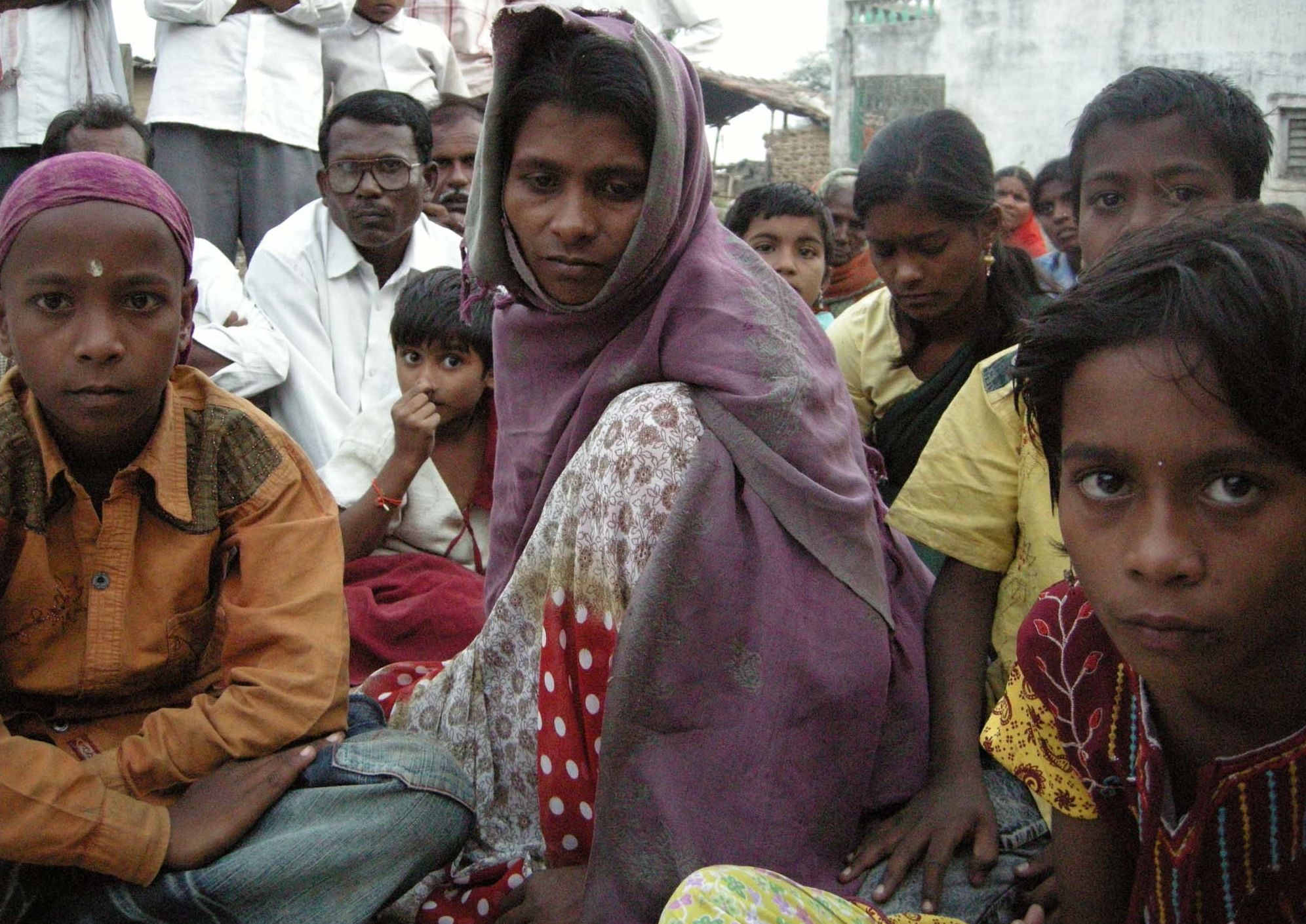 Sunita, the widow of Jaideep Parashram Rathod, with her four children, in Tiwsala village of Yavatmal district. Pic: Jaideep Hardikar.

Barely ten days after his death, his younger brother Nandu went to the Ghatanji branch of the SBI to find out how much loan he owed. I was shocked. I told the manager, it couldnt be his loans. Rs 1,92,198! How could banks lend a farmer with 3-acre un-irrigated land Rs 96,935 for crop loan? Theres something fishy.

Till last year, 2007 that is, Rathod could barely get the credit of Rs 20,000 for a kharif crop. This year though, he dared to dig a well and applied for a loan. The SBI approved him Rs.95,263 for digging a well and installing a motor-pump. He was a regular payee, so the bank must have given him a preference, but the crop loan amount is beyond my comprehension, says Nandu, who, too, tills 3-acre. I also got only Rs.20,000 crop loan from the same bank for an equal holding.

While Nandu is pursuing the case with SBI, Rathods total credit this year stands at close to Rs.2 lakh. His income is nil, with the failure of Bt cotton and Jowar crops due to scanty rains. To top it, his newly dug well did not bear any water.

Barely ten days after his death, his younger brother Nandu went to the Ghatanji branch of the SBI to find out how much loan he owed: Rs.1,92,198.

His frail widow, who never went to a school, Sunita knows nothing about bank transactions. Shes still to come to terms with her husbands untimely death. Her two daughters and two sons may drop out of school. Theyll need to work in the fields.

Vidarbha is sitting on an agrarian volcano that threatens to explode any moment. Crops have come a cropper. Prices of soybean and cotton have crashed, bringing to naught for farmers any chance of recovering losses, and then theres hunger.

Sunitas kitchen utensils are empty. This is November. Rathod knew he couldnt see his kids starving, or dropping out of schools; there was no chance of paying back the dues to banks. Sadly, the Banjara farmer, who, villagers say, would take initiative in settling quarrels and domestic problems in Tiwsala with his erudite reasoning and friendly behaviour, had no solution to his own economic despair.

No one here has a solution. And everybody is in the same crisis this year, says a befuddled Nandu, as other villagers sit hunched with the bereaved family.

Four days after Rathods suicide on November 6, Ashok Deshettiwar, 50, killed himself in Baggi. It was Guru Nanak Jayanti, and shops were closed. But he went to Pandharkawda in desperation, and bought from his friends input shop half a litre pesticide on the pretext that any delay in sprinkling the chemical could cost him his crop. The unsuspecting friend obliged by giving him the poison he was craving to buy. He had consumed all of that, says his younger son, Anil, 22.

Deshettiwar too had no crop left in his fields to recover his production cost. He had borrowed money from his close relatives and a money-lender for kharif.

In Amravatis Morshi block, a farmer and his 23-year-old nephew took their own lives in the field on November 13, reportedly distraught by crop failure.

Fears Kishor Tiwari, of the Vidarbha Jan Andolan Samiti, suicides will rise after December. November is showing a spike already, after a comparative lull, with  farmers committing suicide this month till 23rd, 15 in last five days alone.

From January 2008 to October 31, 533 farmers had taken their own lives in the 11 districts of Vidarbha, according to the VJAS, which culls in information from the local newspapers. The Vasantrao Naik Shetkar Swavlamban Mission (VNSSM) at Amravati, which monitors implementation of special relief packages, estimates that 750 farmers committed suicide in six districts of Vidarbha till August. The VNSSM goes by the records in the police stations from all over six districts.

This is the time when farmers know how much is this years profit or loss, says Tiwari. This year losses are phenomenal. With no allied income, the farmers are done in if the only crop they reap completely fails. We need to investigate what kind of Bt-cotton seeds farmers are getting from the markets and the government needs to draw a long-term action plan to resurrect Vidarbha with a good vision.

The spike in farm suicides come amidst the chief minister Vilasrao Deshmukhs sarcastic remarks that the government was announcing loan waiver sops slowly, so that the farmers do not suffer from indigestion. Alas, those suicides show farm crisis is little more serious than a stomach disorder. Its a state of total disorder.