The Superbugs are here - III

The Government's response to the emergence of Superbugs should be urgent and specific, but instead it has been living in denial even as the threat multiplies, writes Ramesh Menon.

Across the globe, various concerns are being voiced about a gene that causes a wide range of bacteria to become resistant to antibiotics; the gene was detected in Delhi's water supply. Labeled NDM-1, has now been detected in other countries too. Medical tourism in India is cited as one of the reasons for the spread of the gene. First identified in 2008, it has reportedly been found in the United States, Canada, United Kingdom, Sweden and Australia.

As reported in Parts I and II of this series, a report in Lancet by Timothy Walsh from Cardiff University and colleagues, said that the gene was found in the water that was used for drinking, washing and cooking. What was frightening was that NDM-1 could cause many types of bacteria to become resistant to powerful antibiotics, and survive. It could be a fatal development, as medicines do not work once the bacteria has learnt how to tackle the antibiotics.

The development of resistance is a natural biological process; inevitably, the bacteria learn how to protect themselves from deadly compounds. According to the World Health Organisation (WHO) more than 25,000 people die every year in the EU alone from infections caused by antibiotic-resistant bacteria.

Hospital infections have been worrying Indian doctors. Studies conducted in hospitals of Delhi, Chandigarh and Goa show that 10 to 80 per cent of ICU patients become victims of hospital-acquired infections. These are caused by superbugs like MRSA (Methicillin resistant Staphylococcus aureus) which is a bacterium responsible for several difficult to treat infections in humans. It does not respond to some antibiotics that are commonly used to treat such infections. 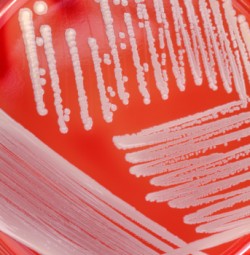 India's official response is that superbugs are now present all over the world, and that India is no more vulnerable than any other nation.

Doctors are stumped, as no antibiotic works to fight this bug as it is resistant to all known antibiotics. If doctors are worried, it is with good reason. "There are no new antibiotics in the pipeline. Pharma companies may not want to make any heavy investment in research just for this. The way superbugs are multiplying has become a genuine source of worry," says Delhi based health activist Pranay Lal.

This is not India's worry alone, but given the prevalence of the problem, the Indian Government should certainly be sitting up to take notice. But instead, it is living in denial. Government statements issued after the Lancet report appeared made inane references to an 'international plot' to stop medical the tourism booming in India.

India's official response is that superbugs are now present all over the world, and that India is no more vulnerable than any other nation. Delhi Health Minister A K Walia said in early October that the prevalence of the infection is very low, and could not be termed alarming. The Health Ministry maintains that the situation in India is under control and a strong and strict antibiotic policy will be in place by end of 2011.

Such denial may end up worsening the problem. After Delhi, the NDM-1 superbug has been detected in Pune. Scientists at Pune's Sasoon Hospital tested 3000 patients. They found multi-drug resistance in 66 per cent and 181 were resistant to the highest level of antibiotics. Twenty were found carrying the NDM-1 gene.

While Indian officials live in a world of denial, they cannot close their eyes to the condition of poor sanitation. Over 650 million do not have a flush toilet. Sewage flows in the open even in cities, and defecation in the open only adds to the problem spreading bacteria carrying the gene. Well known cardiac surgeon Dr. Devi Shetty says drug resistance is a reality and India is at higher risk because of careless antibiotic use that has made the bacteria immune.

N K Ganguly, chairman of the Immunology Foundation and former Director General of the Indian Council of Medical Research, (ICMR) warned that the superbug should not be underestimated, calling it, "the most deadliest bug roaming around." In direct contrast, the present Director General of the ICMR, said that though superbugs were around there was no evidence to show that there was a danger.

India could take a leaf out of China's health authorities plan early this year. It launched a special national campaign to curb rampant overuse of antibiotics to arrest the growth of drug resistant superbugs. It has got provincial health authorities to conduct spot checks in hospitals and act immediately if antibiotics were being abused. Hospitals overusing antibiotics in China will now be publicly named and shamed, and doctors punished.

India has done nothing of the kind. In fact, as soon as the NDM-1 threat was voiced internationally, India should have acted by unleashing an awareness campaign to help both doctors and the general public to deal with the threat.

Once resistance factors emerge, the bacteria can easily leapfrog among organisms. One sure way to tackle this to cut down antibiotic use that is today being used by doctors and clinics quite carelessly. Patients are also to blame, as they force doctors to prescribe antibiotics in the hope that this will help them to get back to work sooner.

Another easy thing to do is to clean up. A national campaign to clean up the country would do wonders for the health of its citizens. Effective garbage disposal, covered sewage drains, clean public places, high standards of street food and roadside restaurants, will go a very long way. But all this needs political will that will only come when an aware populace demands it as a right.