It is frightening to think of how the new drug resistant strain of tuberculosis is going to spread in crowded, unhygienic, urban India. Doctors are worried. Ramesh Menon reports.
21 February 2012 -

In the old days, whenever someone had tuberculosis, they were sent to a sanatorium so that they could be treated in isolation. Ironically, it was India's Tuberculosis Research Centre in Chennai that showed the world that this was not necessary, as all the patient required to do was to follow the Directly Observed Treatment Short course - more commonly known as DOTS.

Basically, it just means that the doctor or health worker would personally supervise the patient regularly while taking the daily dose, so that it would not be broken. Most TB patients discontinue the long treatment as they start feeling better after the initial doses. The full course of medicines, however, has to be taken for a few weeks without a break so that the infection is completely removed.

When patients do not follow the course fully, the TB bacillus learns how to combat the medicine, and slowly develops immunity to the drug. That is when it also gets stronger and attacks again to give the patient another bout of drug-resistant tuberculosis. This is extremely difficult to treat and can take a couple of years. The news that the TB bacilli has mutated in the course of time is worrisome.

The Hinduja Hospital in Mumbai found 12 patients with what they called, totally drug resistant TB (TDR-TB) early this year. Patients resistant to all first-line and second-line drugs are classified as having TDR-TB. The new strain had emerged, as the drugs were not taken regularly when these patients had the first attack over two years ago. Three have died. Others are battling for life.

The discovery of the new drug-resistant strain is causing concern all over the world. It is clear that TB is back.

India is not new to this reality. It already had extensively drug-resistant (XDR) TB way back in 2006. But there was no concerted national plan devised to deal with it. TB was not even discussed as a problem. Years of mismanagement of MDR-TB at government and private care levels resulted in the rise of resistance to drugs. Though there may be nothing that can be technically labeled as "totally resistant", the fact remains that public health officials in India have to take this very seriously as it has dangerous implications if allowed to fester and spread.

The discovery of these strains in a city like Mumbai is also worrisome, as it is densely populated and hence might aid it to spread faster. All it needs for the contagious disease to spread is for a patient to cough in a crowded area. The germs will float in the air and affect many. Crowded railway stations, trains, buses, prisons and even hospitals are potential places where it can rapidly spread. In 2010, as many as 8953 died of TB in Mumbai. It is already a major killer.

Presently, there are over 28,000 TB patients in just the hospitals run by the Brihanmumbai Municipal Corporation (BMC). Dr. Zarir Udwadia who was among the investigators of the new strain at the Hinduja Hospital, says that on an average, one tuberculosis patient might end up infecting 10 to 20 people in a year.

It is frightening to think of how the new drug resistant strain is going to spread in crowded, unhygienic, urban India. Doctors are worried. In fact, many doctors at the TB Hospital in Sewri at Mumbai who are supposed to treat TB patients are now threatening to quit or are asking for a transfer. As many as 37 doctors at the hospital have died due to TB. In the last five years, 53 other doctors have contracted the disease. The fear is real. Moreover, they are not happy with the safety provisions at the hospital, which was never known for its infrastructure. It is also under-staffed.

With the crisis looming large, the BMC wants to revamp the TB Hospital and convert it to a Centre of Excellence for TB Management. But with its staff now desperate to leave, this will be a long haul. 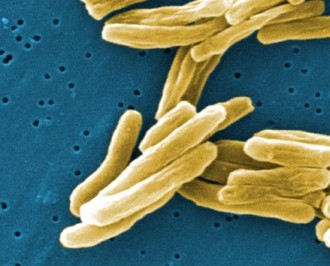 An estimated 510,000 cases of multi-drug and extensively drug-resistant TB have emerged globally. Almost 50 per cent are in China and India.

It is a complex issue. The civic body in Mumbai is now compiling a list of all patients who have had TB treatment in the last decade at various municipal health centres. It proposes to check if they completed their course and were completely cured, or whether they were victims of the new strain. As this can also happen if unqualified doctors give treatment, efforts are on to counsel them on how to treat patients with symptoms of TB. If the whole country needs to be scanned like this, it is going to be a mammoth task. India has only 27 laboratories to check drug sensitivity and the need of the day is to have more of them, as they will be required soon.

As it is, in India, the TB bacillus is endemic. Eight out of ten would have the germ within them but as their immune systems are strong, they do not allow the germ to get the better of them. It patiently waits, hoping to strike when the immune system gets weak.

A study led Dr Sanjay Basu from the University of California, has found that smoking increases the risk of contracting TB. The British Medical Journal warns that between 2010 and 2050, smoking could be responsible for 40 million excess deaths from tuberculosis. Once smokers develop the disease, they are more likely to die from it. What does this mean to the Millennium Development Goals to reduce TB mortality by half between 1990 and 2015? Only a concerted and aggressive tobacco campaign worldwide will possibly prevent millions of deaths from tuberculosis.

Nearly one-fifth of the world's population smokes. Ironically, the incidence of smoking is even higher in countries with high TB prevalence; in India the number of smokers is actually increasing.

Dr. R K Mani, Director, Department of Pulmonology, Artemis Health Institute, Gurgaon, says that a variety of factors like poor compliance by the patients, the tendency of doctors to over-prescribe antibiotics, under qualified doctors prescribing what is not scientific, improper screening of patients and spurious or sub-standard drugs floating around in the market were all responsible for drug resistant strains of TB surfacing.

Dr. Puneet Dewan, medical officer, TB, WHO, points out that the emergence of the drug-resistant TB is all over the world. In India, unscrupulous private sector doctors often treat TB patients without the required structured care. "Additional drug resistance is therefore expected in these circumstances. We allowed it to happen. The problem has been neglected for long," he said.

"What needs to be done," says Dr. Dewan, "is to ensure a system by which people have access to drugs only with prescriptions so that overuse and wrong consumption of drugs do not take place as people take to self-treatment aided by chemists who gladly sell drugs over the counter without even asking for a prescription."

According to the World Health Organization, an estimated 510,000 cases of multi-drug and extensively drug-resistant TB (MDR-TB) have emerged globally. Almost 50 per cent of MDR-TB cases are in China and India. In 2008, around 150,000 died due to MDR-TB.

In 2009, at a meeting in Beijing, 193 countries pledged to work towards the treatment and control of MDR-TB. Planning, funding, and implementation, however, fell behind the set milestones. In 2010, only 20 out of 36 countries with a high burden of TB or MDR-TB had at least one laboratory capable of performing TB culture experiments. Much of Africa and the Indian subcontinent are glaring failures. The number of reported cases of MDR-TB was only 18 per cent of the estimated number of cases among TB patients notified in 2010. And only around one quarter of them were treated in accordance with recommended international guidelines.

Dr. Dewan says that he would not term the present situation in India alarming. "It is still possible for public health systems to take a pro-active step, as the Mumbai officials are now doing to stem the problem. TB Control in Mumbai can be transformed. The challenge is to ensure that all TB patients get the support they need and that would prevent the emergence of drug resistance strains."

The WHO Global TB report on funding for MDR-TB in 2011 reports US$ 0.7 billions; this is less than the need that was estimated in the Global Plan to Stop TB. Of the reported funding, US$ 0.5 billion (71%) was accounted for by three upper-middle income countries: Kazakhstan, the Russian Federation and South Africa. The funding required for MDR-TB to reach the 2015 target of universal access to care rises to US$ 2 billion in 2015; most of this funding is needed in middle-income countries. Thus, much more funding needs to be mobilized in high MDR-TB burden countries to ensure proper diagnosis and treatment.

In another three years, there will be 1.3 million multi-drug resistant TB (MDR-TB) cases that will need to be treated in the 27 high MDR-TB burden countries, at an estimated cost of US $ 16.2 billion, according to the STOP TB Partnership's Global Plan.

Paul Nunn, coordinator of the STOP TB department of the WHO in Geneva, has asked governments to provide better support and medication regardless of the cost and has called upon countries to accelerate provision of proper care of multidrug-resistant patients. The cost of treating a MDR-TB patient is 50 to 200 times higher than the cost of treating normal TB!

Doctors and health workers agree that it is going to be a Himalayan task to control TB in India. Poverty will deprive many of the treatment they need. Most patients would have contracted the disease because of poor hygiene conditions all over India, where spitting in public places is a norm. Unless we realize that we have now to work on a war footing to contain TB, the dangerous spread will continue to claim lives every minute.

WHO Suggestions to tackle the crisis

The WHO has developed a new six-point Stop TB Strategy hoping to dramatically reduce the global burden of tuberculosis by 2015. The idea is to ensure all TB patients, including those co-infected with HIV and drug-resistant TB, benefits from universal access to high-quality diagnosis and patient-centered treatment. The six points are: