The Central Empowered Committee of the Supreme Court's forest bench has put forward recommendations on how the court's order on Vedanta Alumina's plans for mining in Orissa should proceed. Kanchi Kohli reports on a continuing tale of intrigue, as the locals get one more breather.
26 May 2008 -

What could have been the final blow in favour of Vedanta Alumina Ltd's (VAL) mining plans in Niyamgiri Hills has turned into yet another interim breather for the forests and people of. With the Supreme Court's forest bench and the Central Empowered Committee continuing to hold differing positions, there is still no final decision on whether will VAL will get bauxite from these pristine forests in Lanjigarh block of Kalahandi district in Orissa to feed into the demands of its fully constructed refinery.

The VAL projects have been mired in controversy since 2004, when the Supreme Court forest bench's Central Empowered Committee (CEC) was asked to decided whether the company had started construction of the refinery without seeking requisite clearances for the entire project which includes the mining component in Niyamgiri hills. After a range of contradictory arguments, vehement positions and changing goal posts, the Supreme Court gave its final judgment on 23 November 2007 (See: here, here, and here).

This verdict barred VAL from mining in Niyamgiri in the light of its marred reputation, as witnessed by the withdrawal of funding from the company by the Norwegian Pension fund, based on a report by the Norwegian Council of Ethics. However, the court included a solution for VAL in its judgment - its subsidiary Sterlite Industries India Ltd (SIIL), was allowed to form a Special Purpose Vehicle (SPV) along with the Government of Orissa and Orissa Mining Corporation (OMC) to mine in Niyamgiri (See: here).

This appeared strange, as awarding this option to SIIL, a subsidiary company, was in effect no different from giving permission to VAL itself, although the court had denied the latter. Ironically the report of the Norwegian Council of Ethics also established clear links between the companies and also held SIIL responsible for unethical practices, but the court appeared to think otherwise. The company too was quick to seize upon this window of opportnity; immediately after the order, Sterlie filed an affidavit in court indicating its inclination to mine through the establishment of an SPV, and also adhering to all the conditions that the judgment had stipulated. 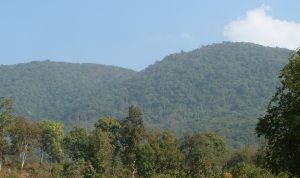 Since November 2007, however, there have been further developments. In an Interlocutory Application (IA 2134 of 2007) in the ongoing T N Godavarman case Sterlite sought permission for the diversion of 660.749 hectares of forest land in favour of OMC, so that it could begin its mining operations. OMC has approval for a mining lease of 721.323 hectares from the Ministry of Mines to extract bauxite from Niyamgiri Hills. This includes the land mentioned in Sterlite's IA, as well as an additional 11.269 hectares in Kalahandi and Rayagada districts. However, mining on this land cannot begin without approval under the Forest (Conservation) Act, 1980.

In this application, Sterlite admitted that VAL is presently an associate company of itself, with the latter holding 29.5 per cent equity. If the IA isapproved, therefore, Sterlite will replace VAL as OMC's partner to carry out the mining activities.

On 15 February this year, the court asked the CEC to submit is report on the hearings. Before finalising its findings, the CEC convened a meeting with State of Orissa, OMC, Sterlite and the Ministry of Environment and Forests on 15 April, and its report was thereafter presented to the court on 24 April. Throughout the case until the November verdict, the CEC had maintained through its reports and arguments that mining should not be allowed in Niyamgiri, as it would be detrimental to the ecosystem as well as the lives of the Dongria Kondh adivasi community. But with the court effectively rejecting that view in its verdict, this time the CEC report remained within the bounds of that judgment.

But the CEC had not abandoned its opposition to the project. Instead, it now offered suggestions to ensure that if mining operations are to proceed, then broad public interests should be protected, especially for a state-subsidised project. The report says, "the permission for mining of bauxite in the Niyamgiri Hill area, which is indisputably an eco sensitive area, calls for a delicate balance between conservation and development." It further states, "...the balance between these two would lie in permitting conservation not merely for private profit but in am manner that maximizes the public interest component in the activity ..." With all this in mind, the Commission now argued that the nature of the Special Purpose Vehicle ordered by the court in November needs to be modified, in several crucial ways.

Whereas the court verdict in November allowed VAL to obtain raw material at a subsidised price through an associate company, the CEC report challenges this, saying that bauxite should be sold to VAL at a price at full value without any direct or indirect subsidies. It further goes on to say that because the amounts involved are large, there needs to be systems of checks and balance at every stage. The CEC report then gives a detailed alternative to the one presented in the judgment. To highlight a few points:

The CEC had not abandoned its opposition to the project. Instead, it now offered suggestions to ensure that if mining operations are to proceed, then broad public interests should be protected.

As the CEC sees things, the SPV will get into an agreement with Sterlite for the sale of the entire bauxite extracted from Niyamgiri Hills. Since the price of bauxite cannot be ascertained clearly, it can be calculated based on a clear formula based on the price of aluminum listed in the London Metal Exchange (VAL is a company based in United Kingdom). The recommendations also state that, "the rate of royalty payable to Government on bauxite mineral is also determined on the basis of the LME Aluminium metal price." The price should be one per cent of the aluminium metal price at the LME and should be revised on a monthly basis. A mechanism can be worked out by the SPV for the same."

The first time the case was heard in court after the submission of the CEC's report was on 9 May. On this day, the Supreme Court bench was not interested in discussing the recommendations of the CEC report itself, although lawyers for OMC strongly apposed the recommendations in the CEC report. The bench took a view that they were presently more concerned with the November 2007 order. To this end, the court primarily wanted to know whether the State of Orissa and OMC were in principle agreeable to the court's suggestions about following up with modalities of the functioning of the SPV and its registration. The two agencies had indicated their consent, but the court asked for this to be provided in proper format within a week.

The matter was then listed for hearing on 16 May, the last day before the court's summer vacation. A final decision was expected, but that was not to be and the hearing was adjourned. No decision will now be taken until the court resumes in July. Till then, one can only ponder the permutations and combinations being worked out to ensure VAL gets the bauxite it wants, with the apex court of the country itself at the core.