Will voluntary action to curb GHG emissions achieve anything?

Darryl D’Monte reports from the Climate Change Conference in Paris, on the consultations in progress and in particular, the stance of the developed world, its implications for India and the world at large.

The overwhelming outcome of the UN climate summit in Paris is that none of the decisions are legally binding, despite the overwhelming evidence that devastating climate change is imminent.

Instead countries have agreed on a set of what are known, inelegantly, as “Intended Nationally Determined Contributions” or INDCs. These are purely voluntary actions to curb greenhouse gases.

Scientists have agreed that the world needs to keep average temperatures rising below 2 degrees Celsius from pre-industrial levels by the end of the century. The current INDCs will propel the earth well over 2.7 degrees Celsius, which is a recipe for disaster. Already, each year sets a fresh record for registering the highest temperatures.

The US and a few fellow members of what is known in the UN climate negotiators’ parlance as Umbrella countries, and which include Australia and Canada, are most insistent on not making any of the commitments at Paris legally binding. 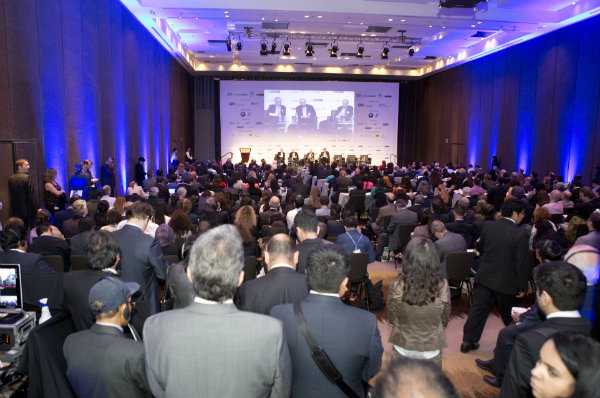 This was made amply clear from as far back as the 1992 Earth Summit in Rio de Janeiro when President George Bush Sr refused to sign the UN’s biodiversity treaty. He believed that it would impact the profits of US drug companies, several of which extract genes from plants in developing countries without paying a proper price for such material.

In subsequent years, his son announced that the US wouldn’t sign the Kyoto Protocol in 1997, which legally compelled major emitters to cut greenhouse gas emissions because this would affect American lifestyles.

In Paris, President Obama – despite making noises to the contrary – is actually pursuing a more or less similar path as that of his predecessors by agreeing to cut emissions by only 26-28 per cent from 2005 levels by 2025.

He has shifted the goal post from 1990 levels, which the EU, the most proactive bloc in the climate negotiations has set as its baseline, to 2005, which other countries, including India, have now adopted. It is obviously a much lower target.

The Stanford Energy Modelling Forum has predicted that the US will only shave off $154 billion from its GDP by 2025 through its INDCs.

Just prior to Paris, US Secretary of State John Kerry had called the Indian position “a challenge” and the US media dubbed India as the country raising “issues” and being “divisive”.

A new report authored by experts from IIM Ahmedabad, IIT Gandhinagar and the Council on Energy, Environment and Water (CEEW) in Delhi shows that India will need $1 trillion from now until 2030 to adapt to the adverse impacts of climate change.

It shows that as many as 800 million people living across nearly 450 districts in India are currently experiencing significant increases in annual mean temperature going beyond 2 degrees Celsius. India as a whole will experience an increase of 1-1.5 degrees Celsius increase in mean annual air temperature in the near term from 2016 to 2045.

The total government budget on developing capacity and adaptation to climate change has risen consistently over the last decade. A huge $91.8 billion was spent on adaptation in 2013-14 alone. This spending would have to reach $360 billion (at 2005 prices) by 2030.

The loss and damage from extreme events were estimated additionally at $5-6 billion per annum. This is why environmentalists say that we need to “weather-proof” the country to avoid spending such mammoth sums every year.

India’s triple challenge is to simultaneously tackle growth, development and climate change, according to yet another study published last month by three Indian authors for the Climate Action Network South Asia, which was released in Paris today.

India’s fair share of emissions should be 6 per cent below business-as-usual in 2030, the authors say. This requires the cuts in the greenhouse gas intensity of its economy to increase to 47 per cent between 2005 and 2030, as against its INDCs of 35 per cent.

This could also ensure that Indians enjoy a decent stand of living without “costing the earth”. There are several methods of reducing poverty through providing energy, of which off-grid renewables offer the best hope.

Its authors advocate that India should make three important commitments:

If one were to single out just one issue that is troubling India – and, to a lesser extent, China – at Paris, it is the rich countries’ near-universal and high-pressure campaign to rid the world of the “dirty” fuel, coal.