ENVIRONMENT / POWER IN THE HOME

A few innovative steps, taken urgently, can greatly bridge the gap in access to electricity for poor consumers. Structural reform will take years, and given its complexity and poor record so far, cannot be the only pre-occupation, write Sreekumar N and Shantanu Dixit.
17 September 2010 -

The State and Central governments are busy with massive electricity generation (capacity addition) plans to support the country's 8 per cent economic growth. There are attractive schemes to invite private participation, initiatives to facilitate land acquisition, and support to speed up environment clearances. As per the Integrated Energy Policy, the installed capacity is to be increased 6 times in the next 25 years. In addition to supporting growth, it is argued that capacity addition is required to provide quality electricity access to the whole population.

The facts on the ground, however, are quite different. On one hand, there are massive struggles opposing power plants in different parts of the country. This includes: in AP, UP, Chhattisgarh, Maharashtra against coal or gas based plants; in Uttarakhand, Himachal, Sikkim and North East against hydro projects; in Maharashtra and Karnataka against nuclear projects.

On the other hand, more than six decades after Independence, our country holds the dubious distinction of having the largest number of people without electricity anywhere in the world. Household access to electricity was 56 per cent in 2001 and has reportedly marginally increased to 65 per cent by 2010. The quality of supply in rural areas continues to be pathetic, with long hours of load shedding. For comparison, household electricity access in 2009 was 99 per cent in China, 98 per cent in Brazil and 75 per cent in South Africa.

The amount of power required and the investment needed to support lifeline consumption (of 1 unit/household/day) is not very high. Rough calculations indicate that around 20,000 MW of additional generation (15 per cent of the existing installed capacity), would suffice to provide the lifeline electricity needs of all un-electrified households. It is sad to note that a 60 per cent rise in electricity generation over the last decade has led to a meagre 10 per cent increase in access for households. Twenty years after the electricity sector was opened up to 'reforms', it is amply clear that the poor have hardly benefited.

While there is disproportionate interest in market related aspects such as captive power plants, open access, commercial viability and market promotion, which immediately benefit major consumers, the needs of the poor have been given short shrift. The recent expressions of political intent, policies and financial allocations are yet to deliver benefits to them. Borrowing from the old fairy tale, it is high time we ask aloud, where indeed are the emperor's clothes?

Faced with the crisis of energy poverty, it is imperative that we cut through the rhetoric claiming to provide electricity for all, and bring the actual situation to light instead. This crucial shift from the rhetoric to the reality of providing electricity for all demands that the current 'business as usual' approach must make way for certain urgent, innovative steps. Though some of these steps require major policy or structural changes and would require more time, others could be implemented in the existing framework itself. Outlined below are a few techno-financially feasible ideas which do not require major legal or institutional changes, and hence can be put into effect immediately.

For large numbers of poor people, a major hurdle is the first step itself - acquiring a legal electricity connection. This situation calls for bold proactive initiatives like 100 x 100 connection drives by distribution companies (DISCOMs) to provide connections to everyone within 100 metres of the line. With a change in the mindset of DISCOMs so that they approach consumers to provide connections (instead of waiting for the poor to come to them seeking connections), universal legal access is indeed achievable.

After a legal connection is obtained, the next challenge for the poor is paying bills on time to ensure continued electricity supply. Many states have a separate category for small residential consumers based on a low consumption of typically 30 units per month, with a tariff equal to 30 to 50 per cent of the cost of supply. But several issues in the implementation of this measure result in the poor having to pay incorrect and unaffordable bills. A just and fair tariff for the poor can be put into practice by rationalising the tariff structure, by improving BPL tariff implementation, and including all Low Tension consumers under a single category with a graded tariff. These will go a long way in ensuring that bills for poor households are fair and not unreasonably high. 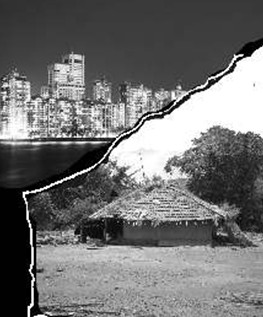 It is sad to note that a 60 per cent rise in electricity generation over the last decade has led to a meagre 10 per cent increase in access for households.

•  Power to the rich, literally!
•  Citizens' input on tariffs
•  Power-play, for the people

Mistakes and errors in metering and billing cause the maximum number of problems for poor consumers, a situation that can be remedied by third party audits of DISCOMs by credible agencies.

Consumers as well as citizens

Also, a paradigm shift is needed, by which the poor receive the same attention and service as better-off consumers of electricity - they are both consumers of the product, as well as citizens entitled to the provisions of law.

There is an urgent need to strengthen the grievance redressal process by reaching out to the poor, given the low level of awareness among the populace about these systems. It is high time that State Electricity Regulatory Commissions (SERCs) organise a public review of the Rajiv Gandhi Grameen Vidyutikaran Yojana - India's biggest rural electrification programme - so that state actors and people can participate and thus provide midcourse corrections. Since the poor do not have the resources to use participatory provisions such as regulatory forums, increasing their current dismally low representation in such forums demands pro-active efforts by the SERCs. These include consumer awareness building and training programmes, public hearings at multiple locations, and reserving a day for consumer groups representing small consumers.

It is indeed a sad commentary on our development paradigm, that homes in the vicinity of power plants where power lines crisscross the sky, do not have access to electricity. Providing sustainable electricity access to such areas should be an integral part of the project design. In addition, existing reporting agencies like the Central Electricity Authority should increase their coverage to regularly report actual numbers of small consumers, their consumption patterns and hours of supply. This will aid the process of tracking the progress of electricity service to the poor and solving their problems.

Load shedding, which plagues the poor and rural areas much more, needs to be dealt with in a transparent and equitable manner so that the shortage is shared. Fairness, predictability and transparency in load shedding can be achieved through public consultative processes initiated by regulatory commissions to design and monitor the exercise.

Further, it is important to recognise that backward areas suffer from a vicious downward spiral: load shedding leads to low development, which consequently leads to yet more load shedding. Breaking out of this deadlock of energy poverty requires the state to reserve cheap power like an Ultra Mega Power Project to rid backward districts of load shedding.

The ideas outlined above are aimed towards providing affordable, adequate and good quality electricity access to the poor in the near future. A sustained impact will require adapting these ideas to suit local contexts, and implementing them simultaneously. Needless to say, we must not lose sight of the more fundamental, long term issues like incentive mechanisms to serve the poor, accountability of DISCOMs and regulators, and an equitable development paradigm. These action ideas should be seen as the essential first step to provide a window of opportunity and protect the poor till long-term measures are rolled out and proven effective.

Sreekumar N and Shantanu Dixit work with the Prayas Energy Group, in Pune,.