Drawing upon the growing incidence of child abandonment in the southern state of Andhra Pradesh, Tejaswini Pagadala looks at the phenomenon through a broader lens and explores possible ways, including adoption, to mitigate the evil.
17 May 2013 -

Homeless and destitute, they walked the streets of Hyderabad in search of a home. Their muddy faces, unkempt clothes indicate that they have wept copiously over their mother's death. Brothers, Rohit and Rishi* (names changed), aged below 7 years, looked famished when they were discovered by an NGO which put them in Shishu Ghar, a government-run home for abandoned children.

Ten months earlier, going to school was what Rohit and Rishi described as the best part of their day. Like any other kids of their age, they liked playing and troubling their parents. Their father, Krishna*, worked as a construction worker while mother Rekha* was a housewife in Ongole town of Andhra Pradesh.

Rekha had borrowed Rs 60,000 from a microfinance institution without the knowledge of her husband. Unable to repay the loan and in fear of her husband scorning her, Rekha along with the kids fled Ongole to land in Hyderabad. During her search to make a living in the city, Rekha was befriended by Raju* who offered her his place to stay and had a live-in relationship with her. Raju, an alcoholic, used to beat Rekha every night in front of her kids. Nine months into their relationship, Rekha suffered from illness and died. During the time, Raju had cremated her body without informing anyone and deserted the children.

What followed post abandonment of kids by Raju was a detailed inquiry by the Rangareddy district Child Welfare Committee (CWC) which found that the birth certificates of the kids and the death certificate of their mother were issued by a Church priest. "Since the copies of the certificates did not seem genuine, we inquired into the issue. They were fake and weren't issued by the government," said Vijaya Devi Mamidi, a member of Rangareddy CWC.

The CWC also gave a newspaper advertisement, following which the biological father of the kids came to Shishu Ghar to claim resposibility for the kids. Post abandonment, kids' guardians or parents are given 60 days to claim their children from Shishu Ghars. "After another enquiry and confirmation from Ongole CWC about Krishna's details, the boys were finally reunited with him (their biological father)," explained Vijaya.

Rishi and Rohit were fortunate to have found their father. But it isn't always a fairy tale but a tale of horror for many abandoned children. In the last two years alone, Rangareddy district had about 600 abandoned children. In January 2011, 30 girls (aged between 0 and 6) were abandoned by their parents in the backward Tandur mandal of Rangareddy district. Child abandonment cases are rampant in Rangareddy, Warangal, Adilabad, Mahboobnagar, Guntur, Visakhapatnam and Prakasam districts among others in the state.

India is in no better position globally. The recent Justice Verma Committee report reveals that 60,000 children are abandoned every year in India. UNICEF, on the other side, pegs the number at a whopping 12 million that includes both abandoned and orphaned children. To top it off, Asia has the highest number of orphans due to all causes, with 87.6 million children.

Explaining why child abandonment is rampant, Achyuta Rao, activist said reasons can vary from poverty, couples not wanting a girl child, separated parents to an unwed mother fearing social stigma. This also points to how the child-parent relationship is viewed in India. "It is more often seen as a question of obedience to a social order rather than the right of the child," Rao adds. 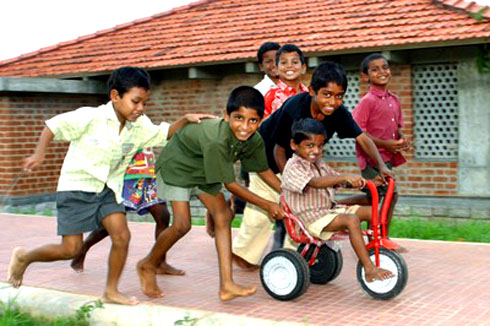 Interestingly, even our epics like Mahabharata and Ramayana have indicative examples of child abandonment. In Mahabharat, Kunti abandons her son Karna in a river. In Ramayana, Luv and Kush develop hatred towards their father Lord Ram after learning of their mother's abandonment by Lord Ram even as she was with child.

Abandoned children lead mentally disturbed lives. "When they are deprived of parental care, love and time, they indulge in a lot of undesirable activities. Some acts might teach them a lesson, while some might drive them further down the wrong way," explained Archana Rao, a development communication specialist.

Archana added that the consequences of abandonment/neglect or desertion could be lack of clarity on life’s goals or hatred towards other members in the society, that eventually drives the child into a nutshell. Meanwhile, many NGOs and social activists rue that abandoned children fall prey to human trafficking and sexual violence.

To bring down the number of child abandonment cases in the absence of specific law, Vijaya said, the Andhra Pradesh government has introduced the Vuyyala scheme. "Vuyyala," meaning cradle in Telugu, is the name of a government programme especially conceived for Nalgonda where infanticide and selling of baby girls has been rampant.

Taking a cue from Tamil Nadu, Andhra Pradesh placed the cradle in Devarkonda hospital to encourage parents to leave their unwanted girl babies in the cradle for the government to take care of them, rather than kill or sell them. Started in 2007 and run in cooperation with the Integrated Child Development Scheme, Vuyyala saw at least 70 babies 'dropped off,' of whom 90 per cent were girls. All of them are Lambadas, according to official records.

Another step that the AP government took in 2004 was barring voluntary agencies from placing children in adoption. Only 232 Shishu Ghars in the state, via the women and child welfare department, have the right to give abandoned children for adoption. The ban on agencies was a consequence of a 2001-scandal that unravelled an unholy cycle of procurement and lucrative sale of babies from the impoverished Lambada community to foreign parents. AP is also the only state to have prohibited the relinquishing of a child by his or her biological parents for adoption.

The adoption process is carried out by the government-run Central Adoption Resource Authority (CARA) through The Hindu Adoption and Maintenance Act 1956, The Guardian and Wards Act 1890 and the Juvenile Justice Act 2000. According to the Central Adoption Resource Agency, about 2,518 children were given for adoption (both inter and intra-country) in 2010, while the number stood at 6,553 between January 2011 and March 2012. However, activists state "illegal adoptions” are one of the many reasons for lack of reliable, accurate data on adoption cases.

"Many adoptions are not done through licensed adoption agencies. Adoptions done through hospitals and private adoptions do not figure in the statistics. There are also instances of adoptions, which are done within the family and don’t figure in statistics," says a CWC member who did not wish to be named. 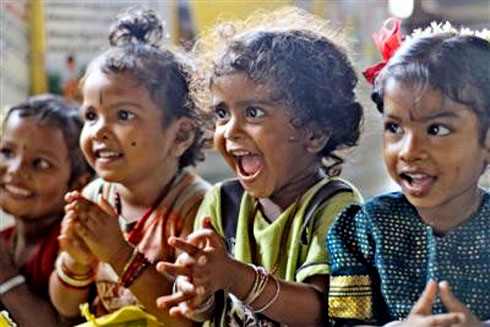 Though section 317 of the India Penal Code (IPC) considers "Exposure and abandonment of a child under twelve years, by parent or person having care of it," there is no specific law that addresses abandonment, says C.V.L. Narasimha Rao, founder of Raksha, an NGO and an advocate.

The law stipulates that "Whosoever being the father or mother of a child under the age of twelve years, having the care of such child, shall expose or leave such child in any place with the intention of wholly abandoning such child, shall be punished with imprisonment of either description for a term which may extend to seven years; or with fine, or with both."

So what can be done?

The Raksha founder also reveals that this organization had approached the High Court stressing the need of family counsellors who can monitor a child's safety even after being given up for adoption. "The plea has been pending in the High Court for over 10 years now," he added.

Poor maintenance of database is another huge deterrent to proper recording and subsequent recourse in such cases, says Vijaya, who stresses the need to record cases of missing, destitute kids, orphaned, abandoned kids.

In adoption cases, the Supreme Court took note of the statistics in a PIL seeking overhaul of the state-backed adoption mechanism and sought responses of CARA and ministry of women and child development. The PIL said of the 11 million abandoned children in 2010, only 2,518 were adopted.

While government and policy failure constitute one side of the problem, understanding and knowing child rights should be every parent's priority, says Achyuta Rao.

Reflecting a similar opinion, Archana adds that recognising and realising that parental care and time is the right of every child is important. "Why are we bringing them into this world, if we cannot take care of them?" she asks.

Stories of child abandonment and neglect often raise questions over parenting in our country. As Jodi Picoult writes in the book Handle With Care: “Was it the act of giving birth that made you a mother? Did you lose that label when you relinquished your child? If people were measured by their deeds, on the one hand, I had a woman who had chosen to give me up; on the other, I had a woman who'd sat up with me at night when I was sick as a child, who'd cried with me over boyfriends, who'd clapped fiercely at my law school graduation. Which acts made you more of a mother? Both, I realized. Being a parent wasn't just about bearing a child. It was about bearing witness to its life.”

Tejaswini Pagadala is a Hyderabad-based journalist.