Resignation drama could be a self-goal for BJP

The entire episode of BJP leader Lalkrishna Advani's resignation from the party and its subsequent meek withdrawal not only breaks the myth of his capacity for brinkmanship, but may also prove to be a spoiler for the party in the run up to the Lok Sabha, says B.S. Nagaraj.
12 June 2013 -

In 2002, Gujarat chief minister Narendra Modi nearly lost his job post the Godhra communal riots. The then Prime Minister Atal Behari Vajpayee had decided to sack Modi, but Lal Krishna Advani intervened to protect his protege. It is indeed ironic that the protege has today upstaged the mentor. Lal Krishna Advani, clearly one of the tallest leaders of the Bharatiya Janata Party for years now, stands completely isolated over his tantrum following Modi’s elevation as campaign committee chief for the 2014 general elections.

Advani has withdrawn his resignation from three party posts after the Rashtriya Swayamsevak Sangh intervened and BJP bosses offered him a vague “facesaver” that his concerns about the party’s functioning would be addressed. Given that he had painted himself into a corner especially after it was made clear that there would be no going back on Modi, Advani meekly capitulated. 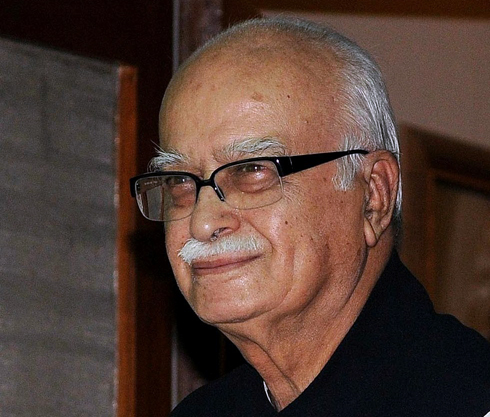 Perhaps, the BJP patriarch had expected his followers like Sushma Swaraj, Jaswant Singh, Yashwant Sinha, Venkaiah Naidu, Ananth Kumar and Uma Bharti to stand by him and exacerbate the crisis. But that was not to be. At 85, Advani can afford brinkmanship but his loyalists have a long way to go in their political careers, and it would not have served them well to burn bridges with Modi. They may not like to wholeheartedly accept it, but the fact is that Modi is by far the most popular leader in the BJP today. It is another matter though that he is still an untested commodity as far as his pan-Indian appeal at the hustings is concerned.

The back-seat driver of the Sangh parivar, the RSS, had reportedly told the BJP leadership to go ahead with Modi’s anointment with or without Advani’s blessings. Advani appeared to have grossly exaggerated his own influence within the BJP and the RSS. He failed to acknowledge the sentiment among the cadres, a section of the leadership, and even a section of the voters that if the party has any realistic chance of returning to power after a decade in 2014, it would be possible only with an aggressive leader like Modi at the helm. Modi may be a “high risk” but “high return” gamble and the BJP feels it would be worth trying him out.

Advani’s argument against Modi appears to be that the Gujarat strongman will antagonise the allies, especially the Janata Dal (United). This is not without merit, but Modi acolytes believe that if their leader is able to sustain the momentum, the losses from the JD(U)’s possible desertion from the National Democratic Alliance will be more than made up. The other reservation against Modi among Advani loyalists seems to be the reputation of the Gujarat chief minister as a despot. Modi has ensured that there is no competition to him from within the party in Gujarat. Keshubhai Patel’s exit from the party is a good example of Modi’s ruthlessness.

Advani may have relented for now, but that may not be the end of the story as far as Modi's rise in the party is concerned. Conflict is bound to arise when the party will have to formally declare him prime ministerial candidate in the months to come.

It would not be entirely true to say that Advani has opposed Modi’s projection as a prime ministerial candidate  many feel his being made campaign committee chief just falls short of that  only with the BJP’s interest in mind. Advani has not categorically denied that he doesn’t want the top job. At one of his interactions with the press during the Jan Chetna yatra in late 2011, he had remained enigmatically silent when asked whether he ruled himself out of the race for the prime minister’s post.

After all Advani, who deserves a lot of the credit for increasing the BJP’s numbers in the Lok Sabha from 2 to 182, had to make way for Atal Behari Vajpayee in 1999. Advani did all the hard work but his hardcore Hindutva image was not acceptable to the BJP’s allies who preferred Vajpayee’s inclusive mindset. Post 2002, Advani has assiduously tried to shed that image but had to earn the wrath of the RSS when he described Mohammed Ali Jinnah as a “secularist” during a visit to Pakistan in 2005. However hard he may try, he still remains the face of the hardcore Hindu right and his leadership of the divisive Ramjanmabhoomi movement, which led to the destruction of the Babri Masjid, will not be forgotten in a hurry.

Advani may have relented for now, but that may not be the end of the story as far as Modi’s rise in the party is concerned. Conflict is bound to arise when the party will have to formally declare him prime ministerial candidate in the months to come. The Modi-Advani standoff has already caused immense damage to the BJP and to the NDA. At a time when the BJP should have stood as one solid rock to try to dislodge a thoroughly discredited Congress from power, it is looking like a hopelessly faction-ridden unit which is incapable of resolving its internal differences.

Not surprisingly, the Congress is rubbing its hands in glee watching the farcical goings-on in the BJP. The Congress would stand to gain if it decides to advance the 2014 elections to say, November-December this year along with elections to the assemblies of Delhi, Rajasthan and Madhya Pradesh. If the elections are advanced, the BJP will find it that much more difficult to resolve its internal contradictions and recover quickly to get into battle mode. Modi, not to mention party chief Rajnath Singh, will have his task cut out in having to take a battery of senior leaders, many of whom have no love lost with him, in the party along. And Modi should remember that Delhi is a far bigger stage than Gujarat.

B S Nagaraj is an independent risk management consultant and journalist.