Crippling delivery to the disabled

Are tax-payer funded programmes for the empowerment of the disabled working? Until very recently, New Delhi has not even had reliable data to plan its programmes. Himanshu Upadhyaya digs into the 2004 Comptroller and Auditor General report.
01 September 2004 -

To a person with disability, the Constitution of India guarantees that the state shall offer relief and help to the disabled (Entry 9 of List II of Seventh Schedule). Article 41 of the Constitution prescribes that the State shall, within the limits of its economic capacity and development, make effective provisions for securing the right to work, to education and to public assistance in cases of disablement.

Recent years have witnessed growing awareness and several significant landmarks in dealing with the disabled both at the national and international levels. The Economic and Social Commission for Asia and Pacific (ESCAP) declared 1993 to 2002 as the Asian and Pacific Decade of Disabled Persons. In response, the Indian Parliament, guided by the philosophy of empowering persons with disabilities and their associates, enacted in the year 1995, The Persons with Disabilities (Equal Opportunities, protection of Rights and Full Participation) Act, 1995.

In a recent report, the Supreme Audit Institution of India  Comptroller and Auditors General  undertook an audit review to examine the efficiency, economy and effectiveness of various programmes for empowerment of the disabled with reference to the Persons with Disabilities Act 1995.

After scrutinizing the accounts of the programmes related to the period 1998-99 to 2002-03, the CAG arrived at a conclusion that the Persons with Disabilities (Equal opportunities, protection of rights and full participation) Act, 1995 is being poorly implemented although eight years have elapsed after its enactment. Adequate measures, as envisaged under the Act, had not been taken for prevention of disabilities through early detection, awareness campaigns and training of staff of Primary Health Centres. The development of educational infrastructure for the disabled, research for new assistive devices and specialised training of teachers remained weak areas. The pace of identification of posts in State Government establishment, which could be reserved for Persons with Disability (PWD), was slow. Special Employment Exchanges could provide placement to only one per cent PWD registered in the live register each year between 1998 and 2000. The Government failed to ensure three per cent reservation of PWD in poverty alleviation schemes, thus depriving them of the opportunity of economic rehabilitation.

Does the government have reliable data?

Until the Census and NSSO reports were released this year, the Central government has not had updated and reliable data on the disabled in India.

For the effective delivery of rehabilitation services, it is necessary to have a reasonably accurate idea of the number and type of disabilities. The CAG noted with shock that no accurate information was available with Ministry on the prevalence, degrees and kind of disabilities and states in bold letters, the Ministry did not possess any reliable data on the numbers and categories of disabled in the country, which was essential to estimate the resource requirements and facilitate the preparation of a well-considered action plan.

The most recent Census of India (2001) had included disability in its purview, but reports have been released only in August 2004. The National Sample Survey Organisation had also conducted a survey on disability in its 58th round (January  December 2002) and a detailed report became available only in April 2004. The CAG audited government accounts for the period until March 31, 2003 and waited for responses to audit queries and observations until December 2003, when neither the Census data nor the NSSO survey reports were available. The only data available to the CAG (and the government) was the 1991 NSSO's survey which put the number of disabled at 1.61 crore persons, or 1.9 percent. (1 crore = 10 millions)

The recent Census report points to a disability percentage of 2.13% putting the number of PWDs at 2.19 crore. The April NSSO report puts the number of PWDs lower, at 1.85 crore. Registrar General and Census Commissioner, Jayant Kumar Banthia believes that Census 2001 results are more precise as the NSSO figures are only a rough estimate.

The Ministry of Social Justice and Empowerment allocated Rs.1074.49 crores towards programmes for the empowerment of the disabled during the period 1998-99 to 2002-03. During the period, the expenditure incurred by the Ministry was Rs.1041.63 crores. However, when asked how much public funds have other ministries/departments allocated and spent on programmes for the disabled, the audit query drew a blank from the Ministry of Social Justice and Empowerment, despite it being the nodal agency.

In December 2003, the Ministry sought to offer a statement saying, the office of the Chief Commissioner for Persons with Disabilities (CCPD) had been asked to collect information on the budgetary provisions made and expenditure incurred by other Ministries/Departments and Institutions under the Government of India. However, CAG puts this claim in a context that suggests almost a stalemate sort of situation for six full months between Ministries and CCPD, stating the CCPD had earlier (June 2003) stated that he had requested the concerned Ministries/Departments for the information but it was not forthcoming.

Performance Appraisal on the "Empowerment of the Disabled", 2004; A CAG report on the Ministry of Social Justice and Empowerment.

CAG also pointed out that performance of National Institutes, which were to play a lead role in providing rehabilitation services to PWD, was not encouraging.

During audit scrutiny it was revealed that out of Rs.3 crores received by National Institute of Rehabilitation Training and Research (NIRTAR) during 2002-03 for distribution of aids and appliance in the States of Orissa, Chhattisgarh and U.T of Andaman and Nicobar Islands; an expenditure of Rs.80.61 lakhs was to be incurred in conducting six distribution camps in Orissa at Sonepur (2 camps), Keonjhar, Nuapada, Boudh and Bolangir districts covering 2431 persons with disabilities (PWDs) against which seven distribution camps were held covering only 742 (31 per cent) beneficiaries. (10 lakhs = 1 million)

The Director of the Institute stated in June 2003 that no camps were conducted in two districts (Boudh and Nuapada) due to poor response of the District Administration and camps at Jagatsinghpur, Gandhi and Rasol were taken up to cover the target. While there was a shortfall of 69 per cent in achievement of the target set for organising camps for distribution of aids/appliances by NIRTAR, there was no arrangement for post fitment care of beneficiaries to whom aids and appliances were distributed in camps organised by the Institute of Physically Handicapped and the National Institute of Orthopaedically Handicapped.

To facilitate delivery of various services to PWDs by voluntary organisations, the Ministry was administering five grants-in-aid schemes through NGOs, which were later merged to form Scheme to promote voluntary action for PWD and Assistance to Disabled Persons for Purchase/Fittings of Aids and Appliances. The audit scrutiny revealed large scale imbalances in release of funds to NGOs with reference to the number of PWDs residing in those States. (using available data) 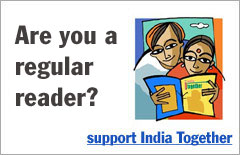 However, the response from the Ministry (December 2003) to audit observations is a prime example of complacency. The Ministry claims, it had made good progress in the implementation of the PWD Act since it came into force. Who will tell the Ministry that its complacency is more disabling than Disability?