Why a depoliticised police force is a distant dream

With only 14 functional State Security Commissions in the country, and those too with flawed compositions and diluted roles, the efforts towards minimising government interference in police functioning have naturally been lax. Navya PK cites critical findings of a CHRI Report that shows the present sad state of our SSCs.
03 September 2014 -

Cases of police atrocities are common in India and many a time, these are driven by political interests of the ruling party in the state. Police atrocities in Nandigram in West Bengal in 2007 or even the alleged complicity of police in the 2002 Gujarat riots are widely cited as examples. The government often uses the police to brutally crush protests, interferes with police investigations and arrests, rewards officers who comply with its demands while punishing those who don’t.

Yet, the only mechanism in the country that is specifically intended to prevent political interference in policing is almost dysfunctional now.

State Security Commissions (SSCs) are supposed to act as an intermediary between the government and the police to regulate the extent of government supervision in policing. But as per data obtained by the international NGO, Commonwealth Human Rights Initiative (CHRI) last October, SSCs in states and union territories hardly serve their purpose. The CHRI report on SSCs published in August 2014 says that though 26 states have set up SSCs, only 14 of them are actually functional.

The demand for SSCs came up first in the National Police Commission (NPC) reports in 1979-81. Many commissions following this had reiterated the demand. Finally, it took a Supreme Court order in 2006 -- in the case of Prakash Singh Vs Union of India -- for states to actually start working on setting up these SSCs.

In the case of Union Territories (UTs), after much confusion, it was decided in January last year that each UT should have a separate SSC; but only three of these (Delhi, Andaman & Nicobar Islands, and Lakshadweep) exist currently. The Supreme Court directive called for the establishment of SSCs in all states and union territories within three months. But seven years down the line, not much has happened. 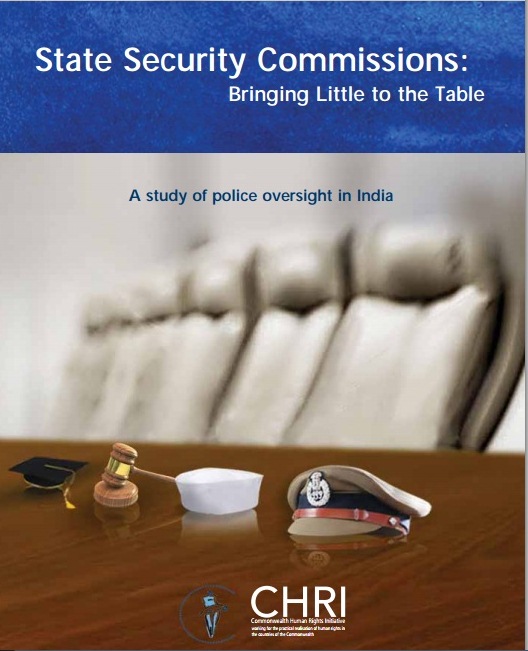 Ensuring autonomy for the police

The need for SSCs arise because existing laws themselves do not clearly define the extent of political interference permissible in policing.

According to the CHRI report, the Police Act of 1861, under which modern policing was established in India, says that ‘superintendence’ of police should be done by the government. Subsequent police acts did not define ‘superintendence’, and many also authorised governmental control over the police. The NPC, in its reports, had clarified that government can be involved only in the preventive and service-oriented tasks of police, but not in its investigations.

According to the Supreme Court directive, SSCs were to have two major functions – to formulate broad policies on policing, and to evaluate police performance in the state/UT. Just as the NPC reports specified with relation to the government’s role, the court order too laid down that SSCs could give directions only regarding the preventive and service-oriented tasks of the police.

Performance evaluation of the police is also important as it is either non-existent or the evaluation methods used are flawed. Performance is currently evaluated only by checking whether crime rates have decreased within a police station's limits. This can cause police to simply suppress crime statistics to get good ratings. Also, current methods entirely ignore the qualitative aspects of policing.

SSCs have to submit an annual report before their respective state legislatures as well for discussion. An SSC must be chaired by the Chief Minister or Home Minister, and the state DGP should be its Secretary. The Supreme Court directed states to form SSCs based on any one of three models -- that proposed by the National Human Rights Commission (NHRC), or the Ribeiro Committee or the Sorabjee Committee, which drew up the Model Police Act, 2006.

However, recent RTI data obtained by the CHRI shows that the composition, powers and functioning of the SSCs deviate strongly from the Supreme Court mandate mentioned above. Most of these commissions lack independent non-political members, meet rarely, and their recommendations are hardly implemented as they have no binding powers despite the presence of top government officers in the body. Hardly any SSC submits its annual report to the legislature for discussion.

As mentioned earlier, only 14 out of the 26 SSCs on paper are functional today. Some states, for example, Andhra Pradesh and Tamil Nadu, formed SSCs only in 2013, and only after a Supreme Court bench headed by Justice Singhvi issued notices to state and central governments that year to file affidavits confirming implementation of the 2006 directives.

Andhra Pradesh, in fact, had to dismantle the SSC that it had formed initially and create a new one, as the apex court observed that the first did not conform to requirements. West Bengal had the same experience.

Two states - Orissa and Jammu & Kashmir - still do not have SSCs. While Jammu & Kashmir has asked for exemption from formation of an SSC, Odisha’s Police Bill 2013 does mandate creation of one, but the Bill has not been passed yet.

More importantly, though many states established SSCs as early as 2007, most have met only once or twice. The Maharashtra SSC records the highest number of meetings - six till date. Some Commissions have had only one meeting since their formation; one example being that of Punjab, with a single meeting in 2009 and none since then. Assam had five meetings from 2008 to 2011, but none after that. This is despite the explicit mention in many police legislations of the number of times that SSCs have to meet annually.

Even if SSCs had met often, it is unclear how useful these meetings would be. This is because there are only two states - Andhra Pradesh and Karnataka - that give binding powers to SSCs. These two state commissions, however, have not had any meetings yet!

The CHRI report points out that many SSCs have made important recommendations related to crime mapping, prevention of custodial violence, training of policemen, separation of law and order from investigative functions etc. But while four state police acts clearly specify that their SSCs do not have binding powers, the acts of the remaining 20 states are silent about this aspect entirely. The result of this, is that governments in these states have been free to ignore SSC recommendations. Except the Delhi SSC, none among the others has a mechanism to review implementation of recommendations.

For instance, the Himachal Pradesh SSC made 34 recommendations in its first two meetings, but only seven of these have been accepted by the government. Three proposals were rejected, while the rest still await a definite government decision. Though the SSC did exceed its mandate in some proposals (such as in recommending increasing fines for traffic violation), its proposals were largely about improving police infrastructure.

While some state police acts do not require SSCs to prepare annual reports at all, others require them to place the report before the government rather than the legislature; evidently, this may cause such reports to be summarily ignored without being discussed in legislature or ever made public.

Even in states that require SSCs to submit reports to legislature, the practice is not always followed - Kerala and Himachal Pradesh were the only two states that could produce their annual reports in response to CHRI’s RTI query.

A look at the composition of the existing SSCs shows how overloaded with government officers they are. All three models suggested by the Supreme Court require the leader of opposition and a serving/retired judge to be among the member of SSCs. Ribeiro and Sorabjee committees also call for appointment of independent members who are experts from various fields. These members are supposed to be impartial, and such a composition is expected to ensure balance, and less governmental bias in SSCs.

Bihar perhaps has the worst composition, in that its SSC comprises only the Chief Secretary, DGP and Secretary of Home Department. Some states have simply appointed their Advocate General – who is unlikely to be impartial -- instead of a retired judge.

Three states - Madhya Pradesh, Mizoram and Nagaland - have entirely missed the point of having independent members. They have appointed serving MPs/MLAs as independent members even though the Model Police Act explicitly says that these members should not be part of the Commission.

The police acts of some states dilute the functions of the SSCs, often laying down that SSCs should "perform such other functions as may be required by the state government from time to time".

To cite a few examples, the Sikkim Act requires its State Police Board, (SPB, which is another name for SSC) to also function as the State Vigilance Commission until a law is made on this. Meghalaya and Tripura Police Acts require SSCs to be an appeal forum for senior police officers on issues of promotion, or illegal/irregular orders they may face. Gujarat and Karnataka, too, have gone overboard by requiring SSCs to do tasks unrelated and additional to their actual mandate.

The Assam Police Act, on the other hand, says that the SSC is supposed to only identify performance indicators, rather than evaluate police performance itself.

Minutes of meetings of SSCs obtained by CHRI show that none of the SSCs, with the sole exception of Sikkim’s, have set procedures or agenda for their meetings. There is no clear plan of action, and decisions are often made by one or two members of the SSCs, rather than unanimously.

It emerges, therefore, from the report that SSCs have come to possess a purely ornamental status now, perpetuated by governments' reluctance to give up their grip on the police.

Navya P K is a freelance journalist, currently based in Delhi.