The weapons of destruction we ignore

Based on data collected from 92 coal power plants in India, a 2012 study that went largely unreported estimated the mortality impact of electricity generated from coal at 650 deaths per plant per year! Shiva Prasad Susarla analyses the key findings of the report and the remediation measures suggested.
27 May 2013 -

The Supreme Court of India recently dismissed a petition by anti-nuclear activists to stop commissioning of the nuclear power plant at Kudankulam. The petitioners argued that the plant did not meet safety standards recommended by nuclear experts, a viewpoint that the apex judicial body in the country obviously did not concur with. The Government of Tamil Nadu and the Nuclear Power Corporation of India (the project developer), on their part, have vociferously refuted all allegations of being lax on safety issues. Thousands of protestors, however, continue to lay siege to the plant in the hope that its commissioning will be cancelled, an outcome that looks increasingly unlikely now.

Public activism against the Kudankulam plant and, in general, nuclear power, is hardly new or unique to India. Modern world history is peppered with episodes of civil society activism against deployment of nuclear technology for civilian purposes (or for that matter, even military purposes) and understandably so. Nuclear technologies come with significant ‘fat-tail’ risk (low probability of disasters, but very high impact if and when they occur) and can wreak havoc on all forms of life for multiple generations should things go wrong.

That said, the fear and skepticism over nuclear fuel and associated technology and the resultant amount of attention and discussion on it often divert attention from what is arguably the most dangerous fuel of them all - Coal! That people die of unsafe work conditions while mining coal with crude pickaxes in states like Jharkhand is well documented. What is relatively less publicized, however, is the extent of human health damages due to operating coal power plants in the country. 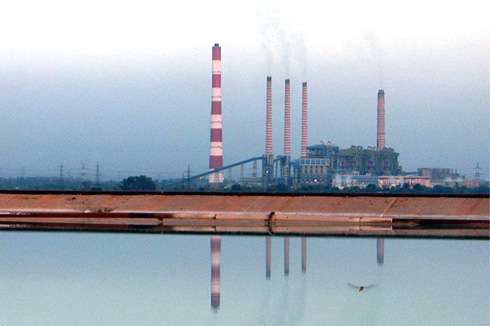 Coal power plants are harmful to humans in two ways. They emit copious amounts of greenhouse gases such as CO2 and contribute to global warming. They also have a direct impact on human health by releasing toxic chemicals such as Nitrates (NOx), Sulphates (SOx) and Particulate Matter (both 2.5 and 10 Microns in size) into the atmosphere. Prolonged exposure to these toxins has morbidity and mortality impacts on human health such as reduction in life expectancy, respiratory problems, bronchitis, asthma, congestive heart failures, cerebro-vascular issues and various types of cancers.

Given that coal is the dominant fuel in the Indian electricity generation mix, it is likely that its impact on human health in the country is significant. However, it is important to measure and quantify these health impacts before any meaningful policy analysis can be made on whether the country should move away from its dependence on the fuel.

The ExternE project, a two-decade long research project sponsored by the European Commission to measure the environmental burdens of pollution, proposes a methodology to estimate the extent and cost of the damages to human health (and other components of the environment) from pollutants such as the ones described previously. This methodological framework, called the ‘Impact Pathway Approach,’ traces the path of a pollutant from when it is released at its emission source into the atmosphere, all the way to how it affects the quality of air that is inhaled by humans and the resultant impact on their health.

Optionally, contingent valuation techniques can be used to arrive at monetary estimates of the morbidity and mortality damages to human health through the measured pollution. For example, medical costs associated with ailments (along with the costs of productivity losses) are used for monetary estimates of morbidity. The willingness of people to pay for an additional year of life is estimated through surveys and is used as the monetary value of mortality.

Researchers found the deadliest pollutant of the three to be PM2.5, which was estimated to cause more deaths than SOx or NOx for equal amounts of each pollutant. Having said that however, the researchers also point out that plants typically emit much larger quantities of SOx so that in terms of the number of deaths, they are found to be the cause of the most number of deaths.

•  Here a plant, there a plant
•  Singrauli singed by coal and power

The Impact Pathway Approach framework has been used in Europe, US, China and many other countries to arrive at monetary estimates of health damages through polluting activities such as transportation, electricity generation, industrial activities etc. In June 2012, a team of researchers led by Maureen Cropper of the ‘Resources for the Future,’ a leading policy think-tank based in Washington DC, applied this analytical framework to the Indian context in a paper titled ‘The Health Effects of Coal Electricity Generation in India.’

For this study, which went largely unreported, the researchers collected operating data for about 92 coal-based power plants located in 17 states for the period 2000-2008. In 2008, these power plants together accounted for about 88% of the total installed thermal capacity in the country. Given that much of the data required to model the health damage from each power plant was unavailable (technical details such as stack heights and diameters of plants, meteorological data, population grid distributions, intake fractions and local dose-response functions), the researchers opted to make inferences from available data based on similar studies in the US and China.

After making adjustments to the international models to incorporate local conditions, they concluded that the mortality impact of coal power generation plants in India was approximately 650 deaths per plant per year. They found the deadliest pollutant of the three to be PM2.5, which was estimated to cause more deaths than SOx or NOx for equal amounts of each pollutant. Having said that however, the researchers also point out that plants typically emit much larger quantities of SOxÂ  so that in terms of the number of deaths, they are found to be the cause of the most number of deaths. Of the 650 deaths per year, about 500 were attributed to SOx emissions, 120 to NOx emissions and 30 to PM2.5.

The researchers also pointed out that the analysis estimated mortality impact only for people above the age of 30 and did not include the impact of air pollution on infant and child mortality. The study also did not cover the morbidity impacts of the pollutants. In that sense, the estimates in the paper are probably at the lower end of the range of actual health damages.

The researchers also discussed two cases where remediation measures (such as coal-washing and desulfurization units requiring additional investments from the plant owners) could be undertaken in plants to cut emissions and found that they resulted in relatively modest to high increases in the effective cost of electricity from the plants. Other remediation measures such as carbon capture and storage, while not covered in the study, are technically feasible but prohibitively expensive at this point in time.

One of the case studies involved the retro-fitting of a Flue-Gas Desulfurization Unit to an operating power plant in Maharashtra. The study estimated that such a remediation measure would increase the levelized cost of electricity from the plant by 9-15 per cent and result in about 123 statistical lives on an annual basis, translating into an effective cost of INR 3.55 million per life saved. It has to be noted that different power plants require varying remediation solutions depending upon the generation technology, utilization rate of the plant, type of fuel used and location.

The second case study involved estimating the benefits of using washed coal (which reduces ash and sulfur content in coal) in a power plant located in Uttar Pradesh. The study used a similar methodology as in the previous case study to arrive at a cost of INR 13.5 million per life saved, much higher than in the first case study!

Obviously, these estimates are based on a whole range of assumptions and cannot be generalized for all the power plants in the country. For example, it may be possible that coal washing is actually cheaper than installing Desulfurization Units in some cases, depending upon various factors that drive the assumptions.

So what do such analyses mean for the future growth trajectory of the power generation sector in India and how can they assist in the policymaking process? It is no secret that a rapidly emerging, energy-hungry country such as ours needs increased supply of affordable electricity to grow its economy. It is also clear that much of this increase in electricity supply will have to be fuelled by coal due to energy security and cost considerations. Internalizing the true costs of coal usage (i.e. its contribution to global warming as well as to health damages) will increase the cost of energy and, in turn, slow down economic growth. The policymaker’s challenge in this situation, therefore, is determining the acceptable level of damages to keep the economic growth engine running and also figuring out how to compensate the people affected by this growth.

Given the pervasive poverty in the country, the desperate need to create more jobs and the general global economic slowdown, it is difficult to envisage government measures to increase energy costs in the foreseeable future. Energy tariffs are also a politically sensitive issue and governments are loath to increase energy prices lest they be punished by the voting public. Recent attempts to hike electricity tariffs in Andhra Pradesh and Haryana have met with stiff resistance.

At some point in the near future, though, policymakers not just in India, but around the world, have to bite the bullet and focus on sustainability of economic growth. It will clearly not do to continue doing what Al Gore referred to in a recent interview as ‘using the atmosphere of the planet as an open sewer’!

Shiva Susarla is a researcher in energy economics and policy and focuses on renewable energy, clean technology and natural gas.