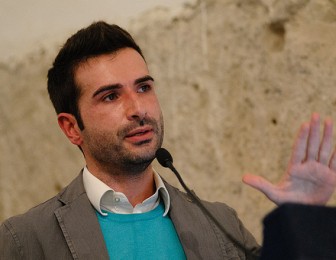 Keya Acharya is a development and environment journalist. She was present at Vittorio Sangiorgio's talk to a group of international journalists in Naples in November 2013.