Could spot fixing be our Trojan Horse?

Corruption in India has attained humongous proportions despite continual but largely erratic movements since independence to tackle this menace. Shankar Jaganathan ponders on whether the recent betting scandal in cricket could catalyse an effective outcome in the fight against political corruption.
29 May 2013 -

Spot fixing in cricket, sexual harassment in the political and corporate world, doctored investigation reports in politics and lucrative jobs sold for money are some of the recently leveled allegations against various individuals and institutions that are making headlines. Misuse of privileged position for personal gain - to use a single world, corruption - is what links these different accusations across unrelated fields. Does this frequent eruption of corruption cases reflect a new social disease or is it only a case of higher visibility due to larger media presence?

A cynical view looks at corruption as an essential byproduct of civilized human life. In India, too, corruption may be traced to ancient times. A proof for this claim is shown in the listing of forty ways to embezzlement found in Arthasastra, a treatise written around 2300 BCE. The presence of a rich Indian vocabulary with words like shukrana (thanksgiving), jabrana (levies - virtual extraction), dastoor (customary gifts), mamool (normal presents) and hafta (weekly levies) is cited to reinforce their continuing presence. Cynics further assert that corruption in society can never be eliminated and at best can only be minimized. In contrast to the cynics are idealists who believe that corruption can be eliminated in our society.

While it is debatable as to which among the two groups is correct, what is undeniable are the persistent efforts made in the past to fight corruption. Looking back seven decades to our independence, we see anti-corruption movements emerge every decade. Despite this, however, corruption has thrived. Does this prove the cynics right or is there an alternative explanation?

Laws to fight corruption in India were triggered by World War II procurements. The need to build buffer stocks in quick time led to decentralizing purchases. In turn it opened up avenues for corrupt practices. Delhi Special Police Establishment, an investigative agency was set up in 1941 to combat the resulting widespread corruption. Five years later, an act was passed giving this agency statutory backing. Soon thereafter months before Indian Independence, the Prevention of Corruption Act, 1947, was passed which explicitly defined corruption, public servants and mandated penalty for the corrupt. With these two acts, independent India at birth acquired both the legislation and the investigative mechanism to prevent corruption. If legislations alone could prevent corruption, as it earned political freedom India would have been born corruption free as well.  So if laws alone are inadequate, what more is needed?

Looking back, one is reminded of the foolishness of the mice's plan to bell a cat. For a plan is only as good as its execution. Can the plan to fight corruption be any different? While Lok Pal is a commendable idea, can we expect the cats to bell themselves?

At a tactical level, traditional wisdom identifies three anti-corruption stepsharsh punishment for the corrupt, simple rules in administration and transparent decision making. With punishments being clearly defined in the Prevention of Corruption Act passed prior to independence, the first post-independence initiative was to take stock of existing rules, especially those used to deliver government development programs. The newly constituted Planning Commission in 1951 asked for an independent assessment of the administrative machinery. A.D. Gorwala, a respected ICS officer who had resigned from the administrative service was appointed the honorary Chair of this Committee. Given a three-month mandate for undertaking this exercise, in what should be a matter of surprise to the present generation, Gorwala completed the exercise one month ahead of schedule. Speed was not at the cost of depth, as the committee visited nine states and met with the members of two other states in Delhi for consultation.

Probably reflecting his extensive work experience as ICS officer, the Gorwala Committee devoted an entire chapter to integrity in the nine-chapter Report on Public Administration. The chapter on integrity is timeless. Reading it today, nothing seems to have changed since it was written in 1951.  One extract from this chapter will illustrate its present relevance:

During the past few years there have been various instances in which grave allegations of a specific nature have been made by responsible parties against persons occupying the position of Ministers of Governments. Such allegations have on occasion been the subject of debates in the Legislature. The Ministry as a whole and the party which has put it in power has thrown their weight behind the Minister complained against; the debates have either been inconclusive or have ended in a vote in his favour. Thereafter, the matter has generally been ended. (p15)

There are many more nuggets in this chapter, all of which withstand the test of time. Given this bleak state of affairs, it is worth listing the major efforts made to combat corruption in the last sixty years to take stock of what has gone wrong. As corruption episodes continued unabated in the post-independence era, in 1961 the Santhanam committee was set up to examine means to prevent corruption. Their findings resulted in the creation of the Central Vigilance Commission and the Central Bureau of Investigation, by repackaging the Delhi Special Police Establishment. Immediately following this in 1966 the Administrative Reforms Committee recommended the setting up of Lok Pal to deal with corruption cases against Ministers and Lok Ayukta for cases against administrative officers. Since then it has been an unfinished battle to get this law enacted and enforced. 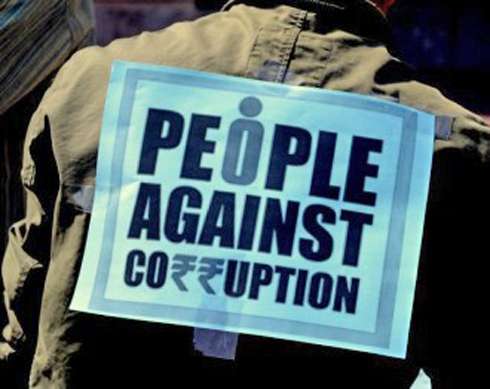 With anti-corruption laws not getting beyond the debating forum in the last fifty years, India made rapid progress. Corruption allegations grew from a single digit of Rs.1 crore in the case of Punjab Chief Minister in 1960s, to double digits in the case of Maharashtra Chief Minister Antulay in 1980s to the current estimates of losses in crores running into six digits.

Commensurate with this malignant growth, popular anti-corruption movements too evolved. Total Revolution in 1970s led by Jaya Prakash Narayan drew its strong support base from the anti-corruption plank. 1980s saw VP Singh lead a popular movement in the face of the Bofors scandal. Both these movements succeeded in their primary aim of gaining political power; however the job of enacting the Lok Pal law remained incomplete. Post liberalization, 1990s saw stock market scandals engage the attention of public imagination, not once but twice, when Ketan Parekh emerged as the second avatar of Harshad Mehta. Here, too, following the practice initiated in the Bofors case, two Joint Parliamentary Committees was appointed to get to the bottom. But nothing useful came of it. It was not long before political actors resumed their pivot position on the corruption center-stage to ignite the India Against Corruption movement, a movement that promised a lot only to disappoint.

Looking back, one is reminded of the foolishness of the mice's plan to bell a cat. For a plan is only as good as its execution. Can the plan to fight corruption be any different? While Lok Pal is a commendable idea, can we expect the cats to bell themselves? Looking at the speed at which our legislators have moved, the answer is a definite no. In contrast compare the urgency with which the same actors are moving in the IPL spot fixing scandal that erupted last week. Overnight the Union Law minister called up the Sports minister to discuss an ordinance to curb this menace. The matter is being pursued almost on a daily basis to enact a law to prevent match fixing. While this is not the first time that a cricket match fixing scandal has erupted, I do believe that this could be the time when a new law is enacted to fix it. With elections around the corner, it is a God-sent opportunity for the present Union Government to act firmly against the corrupt, on a matter that has got the entire nation emotionally aroused and show that it means business and turn the tide of public perception.

Though I am not a betting person, I am willing to wager my last rupee that a law to address match fixing in sports, triggered by the cricket scandal, will be in place much before Lok Pal becomes a law In India. If this turns out to be true, are the cynics right about political corruption being omnipresent? The idealist in me refuses to accept this cynical view. I believe the legislation to prevent match fixing can be a Trojan horse to get the Lok Pal law in place. For the rules of the game are the same, when we look at the nature of deals and the evidence needed to punish the guilty, with only the players and turf being different. Do you also see the same similarities between the two "games" that I see? Please do share your thoughts for me to explore this angle further.

Shankar Jaganathan is passionate about corporate governance, sustainability practices and economic history. His second book The Wisdom of Ants, A Short History of Economics was recently published in November 2012.

TIGER SANCTUARY : Are tigers back at the Buxa reserve?
MORE ARTICLES
on similar topics ...
LAW AND ORDER